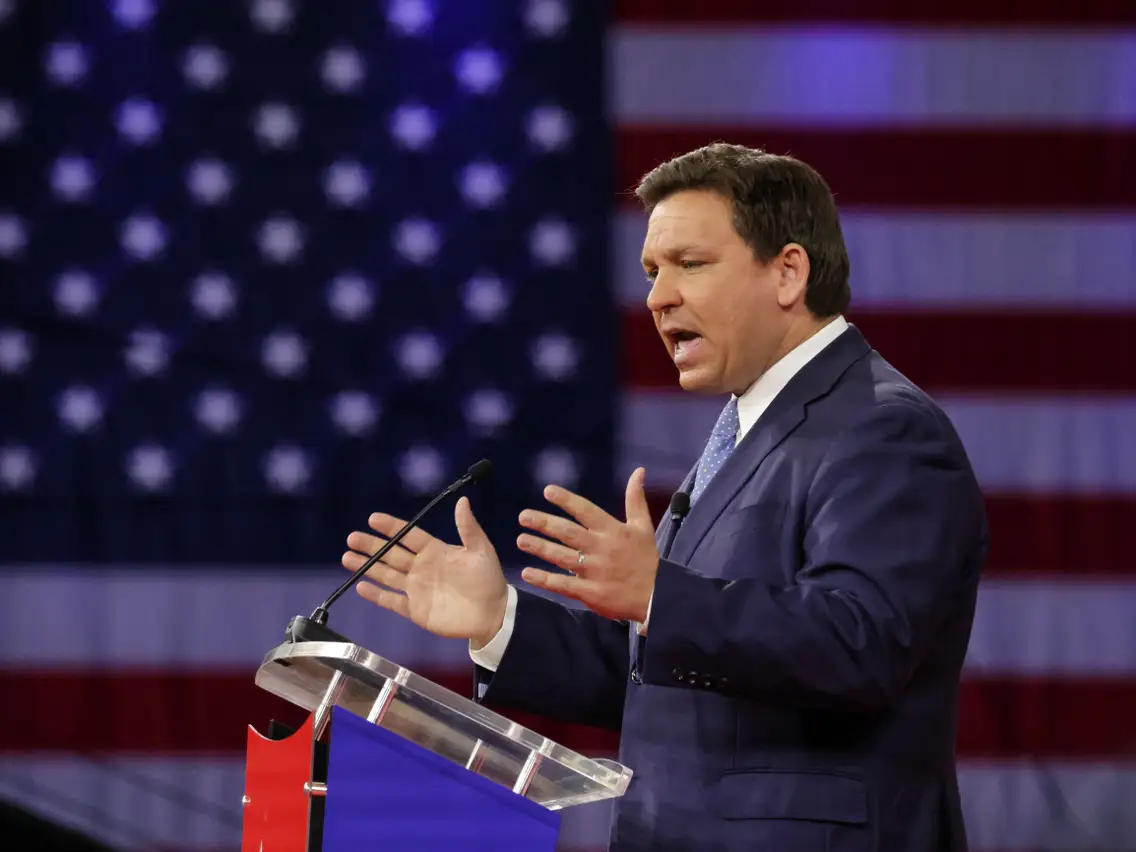 In Fort Lauderdale Thursday, Gov. Ron DeSantis again addressed media questions on a potential presidential run in 2024, bemoaning what he called an “obsession” with his prospects.

DeSantis, who was ahead of Joe Biden and Donald Trump in a poll released this week by the University of New Hampshire, again dismissed the idea that he was looking at a White House run even as the narrative of a GOP Primary clash with Trump will not go away.

“What is this obsession with ’24? Like, we don’t even have the ’22 election,” DeSantis said. “I think it’s because the media knows that the Democrats are going to get hammered in 2022. They don’t want to talk about it.”

“It’s just funny,” DeSantis continued. “It’s like, you know: ‘In a sure sign he’s plotting a political future, Gov. DeSantis is taking his kids to get ice cream’ or something like that.”

Whether he’s plotting his political future or not, the survey of Republican and other voters from the Granite State, which has first-in-the-nation Primary status and the ability for Independents to crossover into GOP primaries, illustrates the expansion of the DeSantis movement and moment.

The fresh poll by the University of New Hampshire shows DeSantis with 47% support against Biden, who had 46%, inside the margin of error (MOE).

DeSantis also is strong in a potential Primary. He earned 39% with former President Trump two points behind the Florida Governor, which again was inside the MOE.

Whether you call such performances statistical ties or narrow leads, they are harbingers of a trend and a leading 2024 storyline.

Trump continues to try to put DeSantis in a subordinate role, telling a friendly Newsmax interviewer this week he was “very responsible” for the former Congressman winning the Governor’s race four years ago.

Quotes along these lines from Trump have been often repeated as DeSantis has become more of a peer figure among the grassroots GOP. Trump has also previously said he thought DeSantis would “drop out” of any 2024 race if Trump got in.

DeSantis has been coy when asked about 2024, calling the chatter about it “nonsense” for months. He sidestepped this topic as recently as a Fox News interview this month. He continues to downplay recent straw polls showing him as a leading presidential contender in 2024.

The Club for Growth says it polled the potential GOP matchup at the state level, and Trump is the consistent winner. But the question of Trump or DeSantis clearly isn’t abating anytime soon.