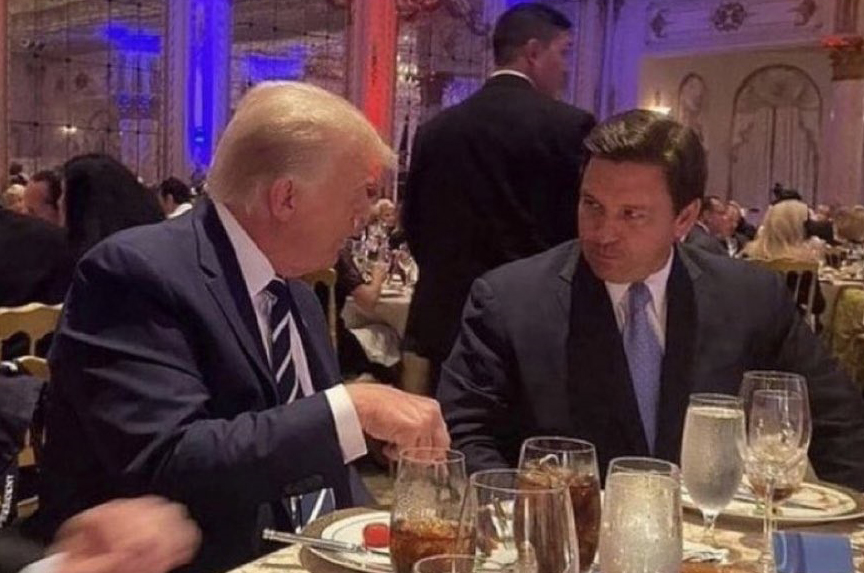 Former President Donald Trump continues to say Gov. Ron DeSantis won’t run against him in 2024 and can’t beat him if he does, while reminding voters DeSantis wouldn’t be Governor without Trump’s endorsement.

During an interview with South Florida radio host Brian Mudd, Trump offered his latest in a series of statements essentially claiming he made the Governor and DeSantis knows better than to run against him in 2024.

“I do think if I run, he won’t,” Trump said. “I know they try and create a friction. I don’t think it exists at all. It might, you know, you never know. If he wanted to run, that’s OK with me. I think we’d win by a lot. But he’s good. And he’s done a good job as Governor.”

Trump had previously said he thought DeSantis would “drop out” of any 2024 race if Trump got in.

“When Ron came to me, he was at 3%. And he had no money. And he asked for an endorsement. And I actually, you know, wasn’t too thrilled because … you know, he was very good, he helped me with the (Bob) Mueller hoax, because we had many hoaxes, and he was on television a lot,” Trump said. “But people didn’t relate him doing that as Governor. So when he announced for Governor, people didn’t really know who he was.”

Trump noted DeSantis’ chief primary opponent, Adam Putnam, told him the endorsement was “like a nuclear weapon went off.”

“We gave up, we didn’t spend our money, it was over,” Trump quoted Putnam as saying.

DeSantis has been coy when asked about 2024, calling the chatter about it “nonsense.”

“It’s way down the road. It’s not anything that I’m planning for,” DeSantis said during a Fox News Channel appearance this fall.

Despite DeSantis saying he’s not interested, prediction and betting markets have rated him consistently as the top non-Trump 2024 possibility for Republicans.

Trump’s comments on DeSantis are especially noteworthy in light of the former President continuing to work with adviser Susie Wiles, who was exiled from DeSantis’ orbit.

Wiles, a veteran political consultant who was key to Trump winning Florida in 2016, also is widely credited with being the architect of DeSantis’ defeat of Democrat Andrew Gillum.

DeSantis parted ways with Wiles soon after his election, a move that was controversial at the time but could have more meaning down the road. If there is a direct face off between DeSantis and Trump ahead of 2024, expect Wiles to have a unique perspective on how to maximize Trump’s leverage against his one-time political protege.