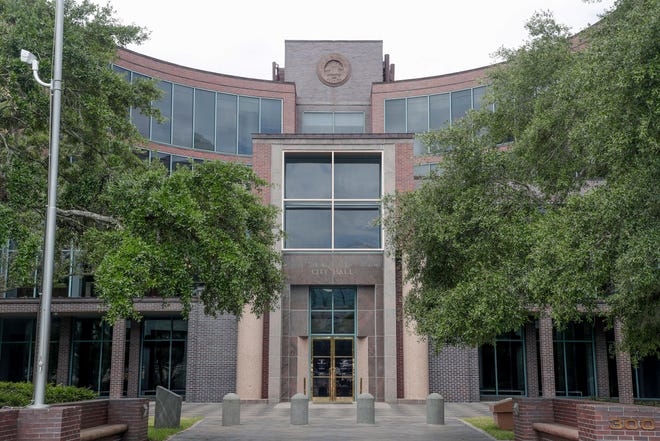 From land sales to $26 million projects, there's a lot on the agenda.

The Tallahassee City Commission is meeting at 3 p.m. Wednesday. These are its big-ticket items you will want to follow.

The City Commission could vote to start the process of building Tallahassee International Airport into an actual international airport. This agenda item would approve $28 million to build an International Passenger Processing Facility capable of serving as a passenger port-of-entry and a federal inspection station for the airport. The project would give the airport the ability to carry international commercial flights.

If approved, the construction project is expected to commence in March 2022.

The commissioners may choose to add new elements to the city’s ethics and compliance programs.

Tallahassee has no established and implemented whistleblower or anti-fraud policies. City staff have drafted policies to change that.

The proposed whistleblower policy maintains that the city “shall not dismiss, discipline, or take any other adverse personnel action against an employee for disclosing information” and “will not take any adverse action which affects the rights or interests of an employee in retaliation for the employee’s disclosure” related to misconduct or illegal activity.

The proposed anti-fraud policy affirms that the Commission “prohibits and will not tolerate or condone fraudulent, unethical, or dishonest activities.”

Under the drafts, City Inspector General Dennis Sutton would be primarily responsible for receiving and investigating complaints regarding the two policies.

Negotiating a no-bid sale of 0.26 acres of city land on West Tennessee Street.

City staff is asking the Commission to allow them to begin negotiating the sale of a .26 acre lot on West Tennessee Street.

According to the meeting agenda, the city received an unsolicited communication from a developer, Peerless Development, about purchasing the property, which is directly across the street from part of FSU’s campus and next to Chubby’s Chicken Fingers. The developer is looking to include the property in a mixed-use project that will include about 300 residential units and 15,000 square feet of ground-floor commercial/retail space.

The Commission can choose to begin negotiating with Peerless, open the property up for open-bid contracts or take the issue in a different direction entirely.