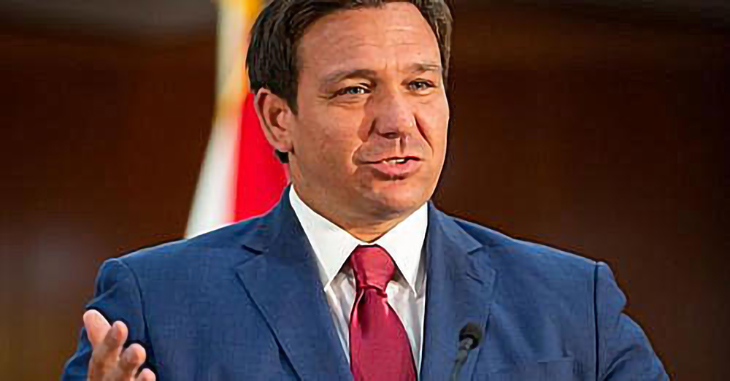 He accused the FDA under Joe Biden of being a subsidiary of drug manufacturers.

At a Cape Coral press conference, DeSantis slammed the Food and Drug Administration (FDA) for slow-walking drug importations from Canada while fast-tracking vaccines.

“The criticism of the FDA is, they’re basically a subsidiary of Big Pharma,” DeSantis said. “And so they’re acting in ways with the baby vax. The baby jabs, that was something that obviously would cause more of those to be sold.”

The FDA last month provided an emergency use authorization for the Moderna and Pfizer COVID-19 vaccines for children six months to five years old.

He continued to rage against the motivations of FDA officials on a range of topics. He asserted the reason progress has moved slowly on allowing more drug imports from Canada — despite President Biden signing an executive order last year supporting importation — is that such a policy could reduce profits from pharmaceutical manufacturers. But increasing the availability of COVID-19 vaccines to younger patients could increase business for those same companies, DeSantis argued.

When FDA officials authorized use of vaccines for younger children, they said the ongoing pandemic and demand from medical professionals drove the decision.

“Many parents, caregivers and clinicians have been waiting for a vaccine for younger children and this action will help protect those down to 6 months of age. As we have seen with older age groups, we expect that the vaccines for younger children will provide protection from the most severe outcomes of COVID-19, such as hospitalization and death,” said FDA Commissioner Robert M. Califf at the time the emergency use was authorized.

“Those trusted with the care of children can have confidence in the safety and effectiveness of these COVID-19 vaccines and can be assured that the agency was thorough in its evaluation of the data.”

DeSantis did stress he has not banned the use of vaccines for children. “People can do what they want,” he said.

Yet Florida was the only state that did not pre-order vaccines from the federal government in anticipation of the emergency use authorization. It later allowed health care providers in the state to directly order the vaccines independently.

The anti-vaccine rhetoric marks a decisive shift for the administration, which last year aggressively distributed vaccines, first making them available to older Floridians and eventually all individuals authorized to receive the vaccine by the FDA, and less than a year ago boasted about the effectiveness of its vaccine distribution strategy.