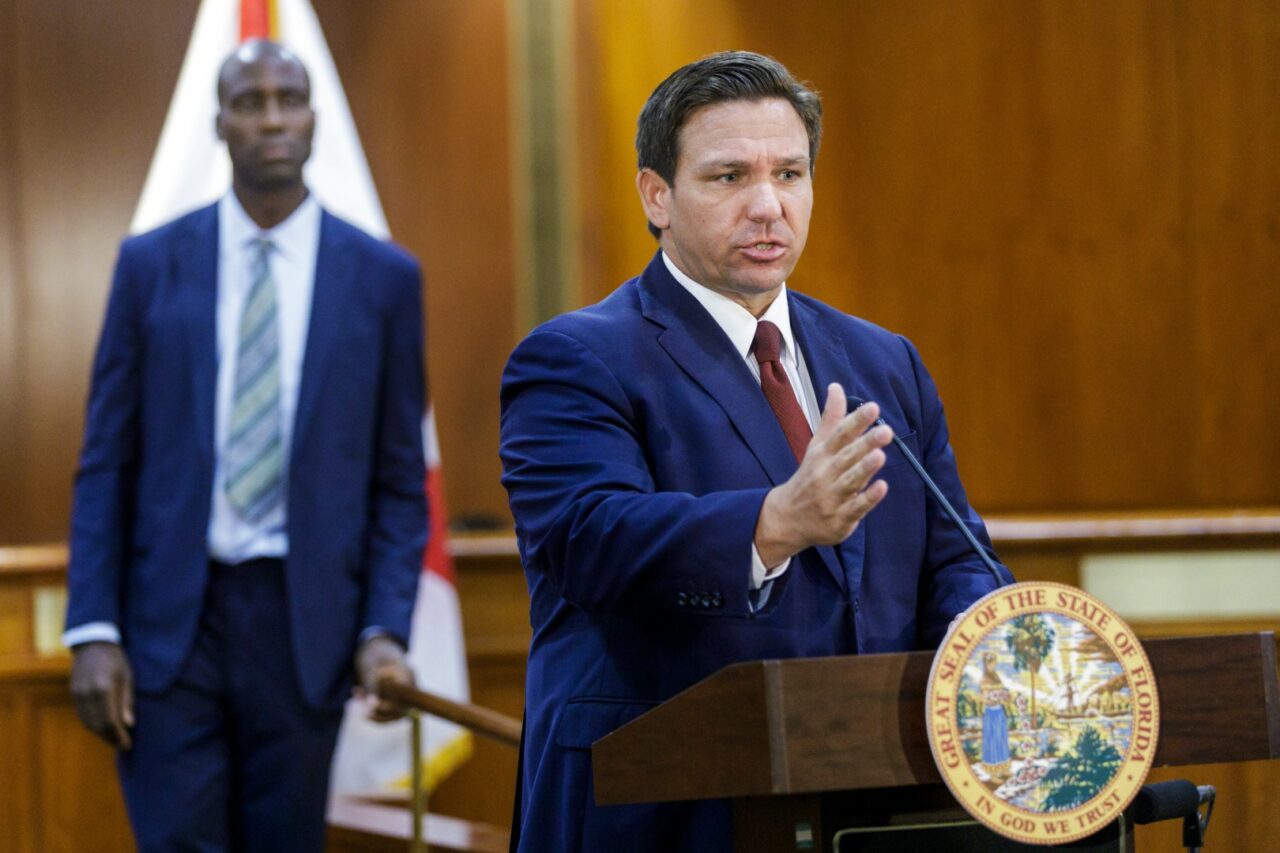 The Republican Governor doubled down on the state's position against COVID-19 shots for healthy kids.

The United States on Wednesday moved closer to approving the first COVID-19 shots for children younger than 5 after the Food and Drug Administration’s (FDA) vaccine advisers gave their thumbs-up. That puts the vaccine on a timeline for approval next week.

However, Florida’s Republican Governor told reporters Thursday that the state Department of Health (DOH) would not move from its position against recommending the vaccine for young and healthy children.

“That’s not the same as banning it. I mean, people can access it if they want to,” he continued, calling it a choice.

While the FDA’s panel of outside experts voted unanimously that the benefits of the Pfizer and Moderna shots outweigh any risks for children under 5, DeSantis took a different position.

“These are the people that are at practically zero risk of anything for COVID. To then be giving them mRNA shots on that emergency use basis — our Department of Health has been very clear. The risks outweigh the benefits, and we recommend against,” DeSantis said.

DOH is led by Surgeon General Joseph Ladapo, who has been controversial in questioning the effectiveness or safety of masks and vaccines during the pandemic. Under Ladapo, Florida has already deviated from federal recommendations by recommending against vaccinations for healthy children between the ages of 5 and 17.

Much of Ladapo’s commentary on COVID-19 tells Floridians to do their own research. DeSantis followed a similar refrain Thursday, encouraging people to watch the FDA panel’s meetings, held Tuesday and Wednesday.

“The trial date on that is abysmal. I’d encourage people to look at it. It should not have gotten emergency use,” DeSantis said.

Dr. Peter Marks, the FDA’s vaccine chief, presented data during Wednesday’s meeting showing what he described as a “quite troubling” spike in young children’s hospitalizations during the omicron wave. He noted that 442 children under age 4 died during the pandemic. That’s far fewer than adult deaths but should not be dismissed in considering the need for vaccinating the youngest kids, he said.

DeSantis characterized officials as noting children’s risk for severe infections is low, but still saying parents are frightened about their children contracting COVID-19.

“To do an emergency use for a 6-month-old or a 1-year-old simply to placate anxiety, that’s not the standard when you’re doing this,” he continued. “The standard is: Is this something that’s safe and effective? And then, very importantly, for recommendations, does the benefit outweigh the risk?”

DeSantis’ critics had attacked him for not promoting the COVID-19 vaccine as regularly as he did when officials first made the shots available. It’s not difficult to get a vaccine, and everyone who wants one can get one, he has argued.

Opponents have also criticized him for reducing the state’s involvement in getting Florida’s population vaccinated against COVID-19.

“There’s not going to be any state programs that are going to be trying to, you know, get COVID jabs to infants and toddlers and newborns,” DeSantis said. “That’s not something that we think is appropriate.”