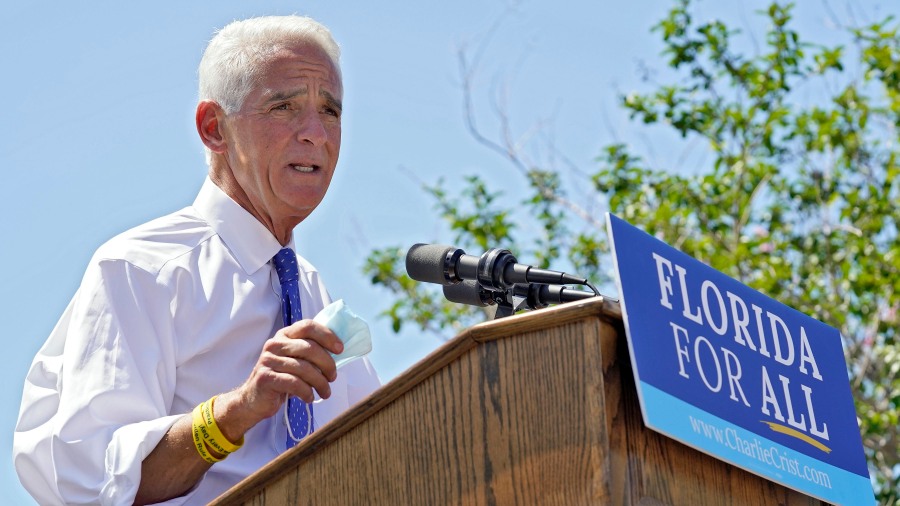 His advantage over Nikki Fried looks more insurmountable among those who already voted.

Charlie Crist maintains a massive lead over Nikki Fried weeks ahead of the Democratic Primary for Governor, a new poll shows.

Almost 56% of likely Democratic Primary voters say they intend to support Crist in the race, compared to just over 24% backing Fried, according to the survey.

“I could not be more grateful for the support our campaign has received from all corners of the state in our fight to beat Ron DeSantis and bring the sunshine back to the Sunshine State,” Crist said in a statement after the poll was published. “Our grassroots movement is taking nothing for granted in mounting an unstoppable force that will deliver a Florida for all Floridians. Sprinting through the tape on Aug. 23 is only the beginning, let’s get to work!”

Less than 20% of voters remain on the fence, but if results hold true, Fried must not only win over those on the fence but also convince a number of Crist voters to change their minds before the Aug. 23 Primary vote.

The window to do that appears to be closing fast. Results further show Crist holds a greater level of support among those who already cast their mail-in ballots. More than 64% of respondents say they already cast the vote for Crist, while 25% say they have voted for Fried.

St. Pete Polls conducted the survey for Florida Politics. The firm has consistently found Crist in front. His position now shows growth since the polling outfit gauged the race in June and found Crist just shy of majority support among Primary voters.

Pollsters for the latest edition surveyed 1,361 voters between Aug. 2 and 3 and weighted findings based on demographics for the active Democratic voter population in Florida, according to a polling memo from St. Pete Polls President Matt Florell.

The poll has a 2.7 percentage point margin of error.

Looking at the crosstabs, Crist’s lead holds consistently regardless of age, race or gender. As Fried stresses the prospect of becoming Florida’s first female Governor in new ads, Crist maintains a lead among women voters with almost 56% of the vote to Fried’s 24%. Comparatively, Crist leads among male voters 57% to 24%.

Crist, a former Republican Governor turned Democratic Congressman, holds greater support with older voters. Almost 60% of those polled over the age of 70 favor Crist compared to 23% who prefer Fried. By comparison, voters under 30 favor Crist by a more modest 51% to 26% difference.

The winner of the Democratic nomination will challenge incumbent Republican Ron DeSantis in November.

previousSunburn — The morning read of what’s hot in Florida politics — 8.5.22