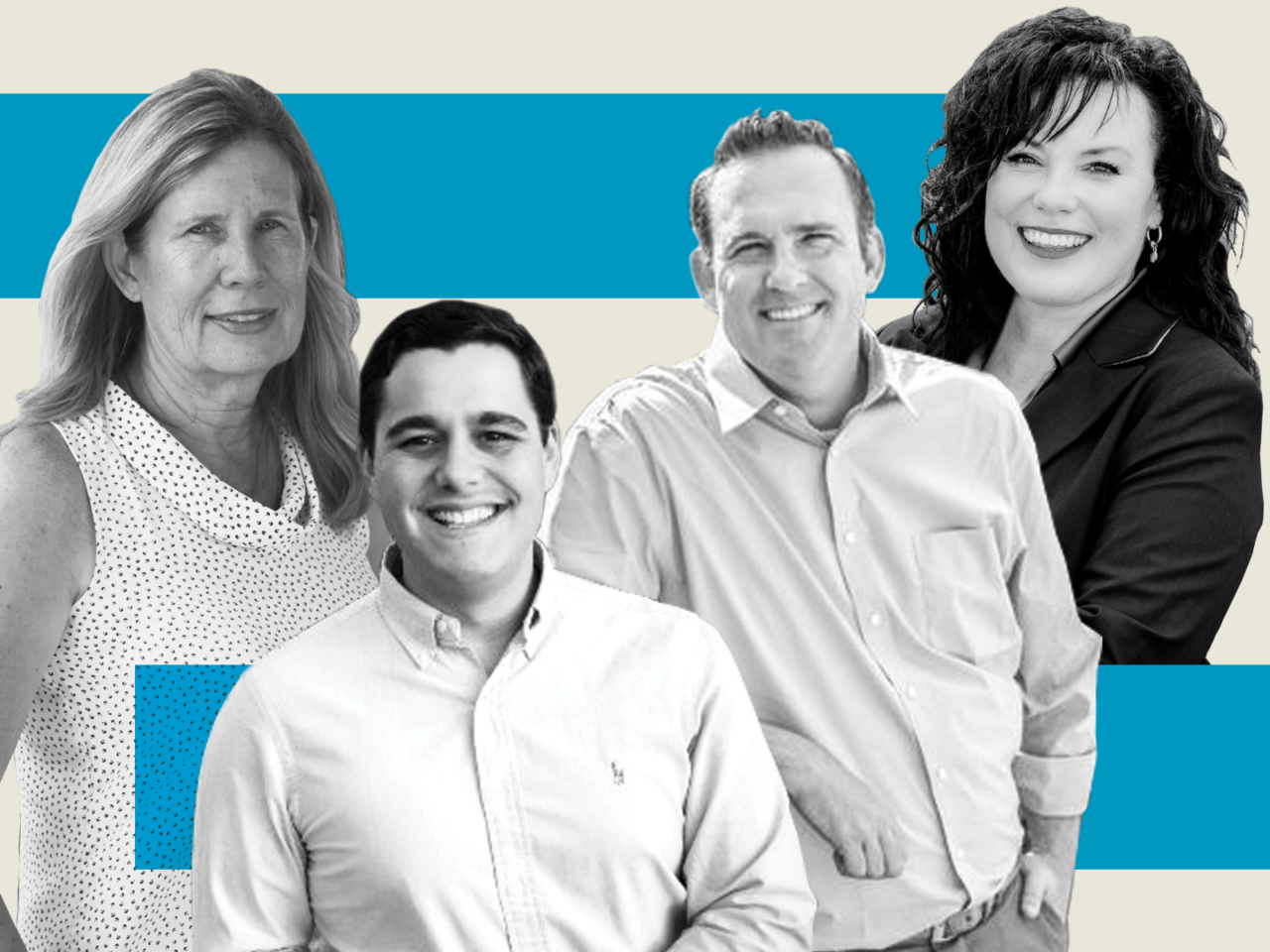 Katherine Waldron is the only one out of the four candidates that’s been elected before. She won two, four-year terms to the Port of Palm Beach Commission in 2016 and 2020.

Among the candidates in this field, Waldron, a businesswoman, has raised the most and staked the most cash in her effort to go to Tallahassee to represent the district that covers parts of Wellington, Greenacres, Lake Worth and unincorporated Boynton Beach.

Waldron has raised $60,000 from donors and loaned her campaign $62,000 in the race. She has also attracted the most mainstream Democratic endorsements. Ruth’s List Florida, which boosts women who support abortion rights, has endorsed her, so has the Service Employees International Union. U.S. Rep. Lois Frankel has given her campaign a nod, along with Palm Beach County Tax Collector Anne Gannon and Palm Beach County Mayor Robert Weinroth.

Tom Valeo, a school district employee, who has worked for state Sen. Lori Berman and state Rep. Matt Willhite, is third in raising money. He’s drawn almost $20,000 in donations, but arguably got a priceless boost in the endorsement of The Palm Beach Post for the seat. The Post’s endorsement for Valeo says the race has attracted “several deserving candidates,” however.

Valeo has also won the support of progressive Democrats in the Legislature such as Reps. Tracie Davis, Anna Eskamani and Carlos Guillermo Smith.

Seth Densen, a social worker, trails in the amount of support. He raised $6,800.

The candidates’ donations indicate that no particular interests, such as lawyers, agriculture or insurance, have taken a disproportionate interest in any of the four candidates.

Mailers appear to be the outreach method of choice in HD 93. State records show Waldron ramped up her spending between July 30 and Aug. 4, sending $13,214 out the door, with most of it going to Wildfire Mail in Des Moines, Iowa for mailings.

Valeo also spent more between July 30 to August 5 than he did for any other reporting period, even though most of those other periods covered a full month.

He spent most of the $6,221 in that period with Precision Consulting in Coral Springs for printing.

Meanwhile, Albright’s spending for the same period was overshadowed by earlier reporting periods. She spent $1,800 of the $2,463 she spent between July 30 and Aug. 5 with Patriot Games in Wellington, for website expenses.

The winner of the Democratic Primary will compete with Republican Dr. Saulis Banionis.