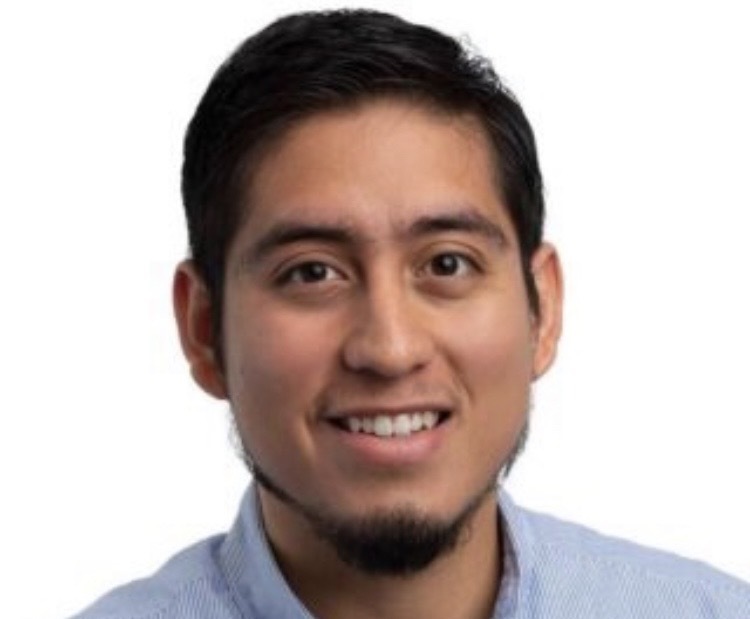 HD 20s Luis Miguel is still on Instagram though.

A Republican candidate for the House from St. Augustine is banned from Twitter after advocating violence against the federal government.

Republican Luis Miguel, running against incumbent Rep. Bobby Payne of Palatka in the redrawn House District 20, was suspended from Twitter after a tweet advocating that Floridians should be able to shoot federal agents on sight.

“Under my plan, all Floridians will be able to shoot FBI, IRS, ATF, and all other federal troops on sight,” Miguel tweeted. “Let freedom ring.”

Miguel told Florida Politics Friday the suspension, which is “permanent” per a message he got on his Twitter app, “doesn’t affect (him) at all.” He stands by the proposal, which he says is justified because the IRS has been “weaponized by dissident forces.”

Miguel is still active on Instagram, where the post advocating shooting federal agents is still displayed, amid a host of other hateful graphics mourning the loss of confederate statues (“Southern memories,” he called them), advocating “complete enforcement” of the Stop Woke Act, and other such shout-outs to the populist right.

He also is still on Facebook. The same messages recur there.

“The FBI is law enforcement,” the legislator noted, and regardless of how people felt about any enforcement action, including the controversial seizure of documents from Donald Trump‘s Mar-a-Lago, law enforcement should be respected.

Noting he’d never met the “anti-establishment” Miguel, he said candidates like this without a viable resume often are driven to wild statements to get attention, and their primary function is to “divide the party” in Primaries.

Miguel and Payne are in an open Primary in the new HD 20, a district where Republicans dominate registration, but Democrats and no-party voters can vote in this election.

Miguel raised just over $4,000 as a candidate, meaning social media was key to his messaging. Payne raised nearly $140,000 in hard money and has not needed to spend it against his challenger. He had more than $110,000 on hand as of Aug. 5.

Payne was first elected in 2016, and if re-elected this will be his final term in Tallahassee.

“DeSantis-supporting Republicans are now openly calling for violence against law enforcement and the federal government,” said Florida Democratic Party spokesperson Kobie Christian. “Luis Miguel models himself on the right-wing extremism that Ron DeSantis has used to elevate himself onto the national stage.

“If elected, Miguel is promising to pass legislation encouraging ‘on sight’ shooting of law enforcement officials. Governor DeSantis needs to denounce this plan, this candidate, and the escalating attacks on the men and women of law enforcement who uphold our laws.” 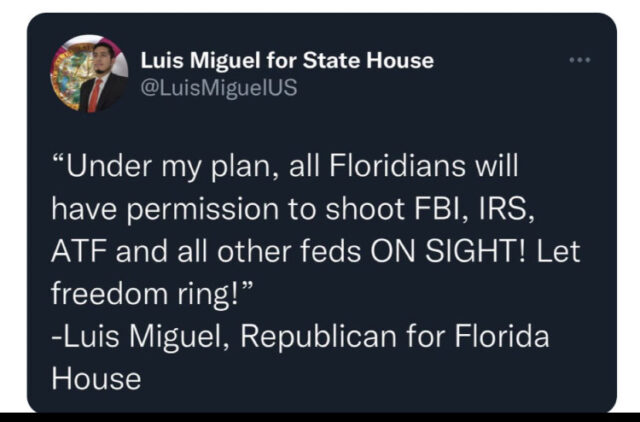