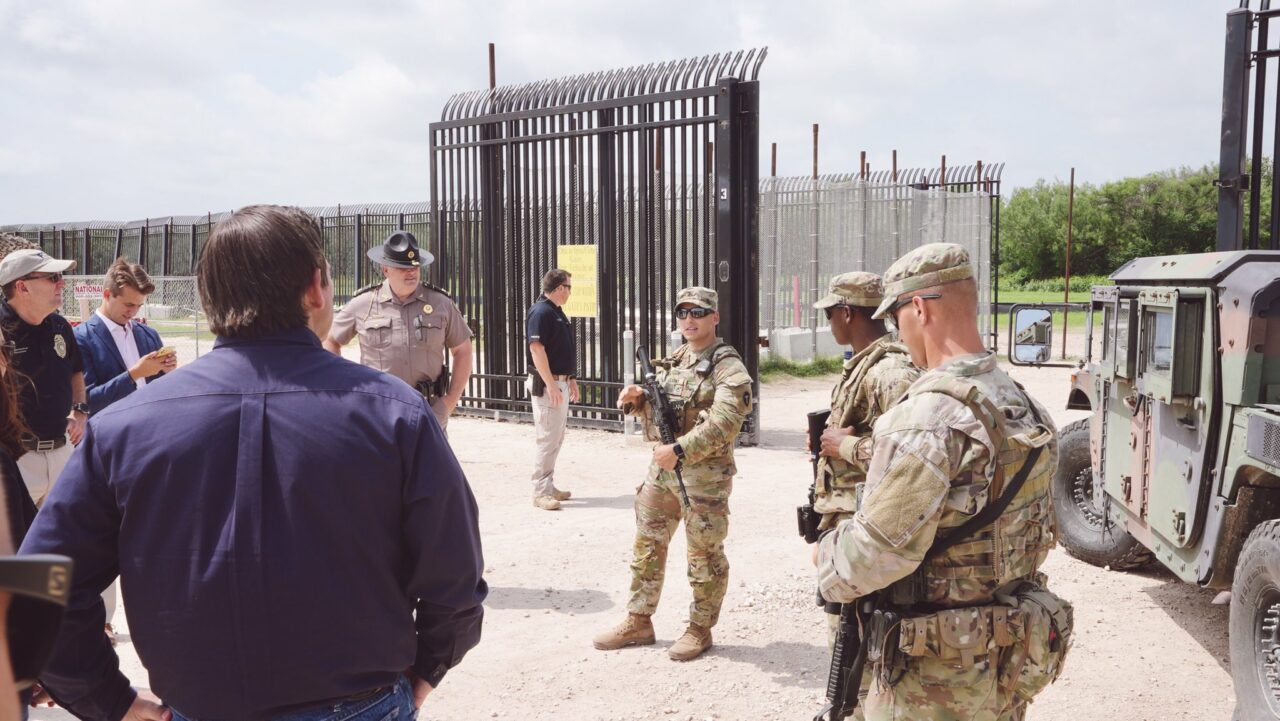 ‘I think because Texas has done that, I do think we haven’t seen what (was expected) that we would see.’

At the Republican Governor’s request, lawmakers approved $12 million in this year’s budget for the Department of Transportation (FDOT) to transport immigrants who have entered Florida illegally out of the state, namely to President Joe Biden’s home state of Delaware. While Texas Gov. Greg Abbott has announced and implemented a similar busing program since DeSantis first suggested it, Florida’s program is delayed at the depot.

Speaking to reporters following Tuesday’s Cabinet meeting, the Governor explained Florida hasn’t seen any more of the “midnight flights” that brought migrants to Florida who were in the country illegally. Texas took the pressure off Florida, he continued.

“Now that their people are being bused, they don’t like that and they’re upset that that is happening, but that’s the fruit of the policies that they’ve advocated for,” DeSantis said. “I think because Texas has done that, I do think we haven’t seen what (was expected) that we would see.”

He also called Abbott’s move “smart” and added that Florida is willing to help.

“The reason why I suggested D.C. and Delaware and stuff is because it will potentially cause a change of policy, because they don’t like when that’s happening,” DeSantis said. “Well, you should go down to the border and see what’s going on in those towns.”

The Governor visited the southern border last summer after sending law enforcement officials to the Lone Star State at the request of Abbott and Arizona Gov. Doug Ducey, fellow Republicans. He said he was surprised to learn how many immigrants wish to reach Florida after entering the country illegally.

DeSantis, considered a possible contender for President — along with Abbott — has since made tackling illegal immigration a priority. In June, he signed legislation to prevent transportation companies from doing business with Florida if the companies participate in programs to transport migrants to Florida.

DeSantis’ Lieutenant Governor, Jeanette Nuñez, came under fire this weekend for comments about Cuban migrants made on Miami Spanish-language radio station WURN. While answering questions about immigration, Nuñez, the daughter of a Cuban exile, said Cuban migrants ultimately hope to come to Florida. She also mentioned FDOT’s busing program, appearing to link the two topics and imply those migrants could be bused out.

The Governor’s team says Nuñez was distinguishing between legal and illegal immigration. DeSantis similarly fired back at reporters Tuesday when asked about the comments.

“That’s not what she said,” DeSantis said. “She drew a distinction between refugee and illegal aliens, and that was obviously very clear about what she did.”

DeSantis said he has always supported Cubans, including with the 1995 wet-foot, dry-foot policy creating a one-year pathway to residency for Cuban exiles who reach U.S. soil. President Barack Obama’s administration ended that policy, and DeSantis explained the complications of returning migrants to Cuba.

“If you take them from the border, and you take somebody from Colombia or someplace in Africa, you send them back to the country,” DeSantis said. “Cuba does not accept them back, and so that’s the conundrum that we have with that.”