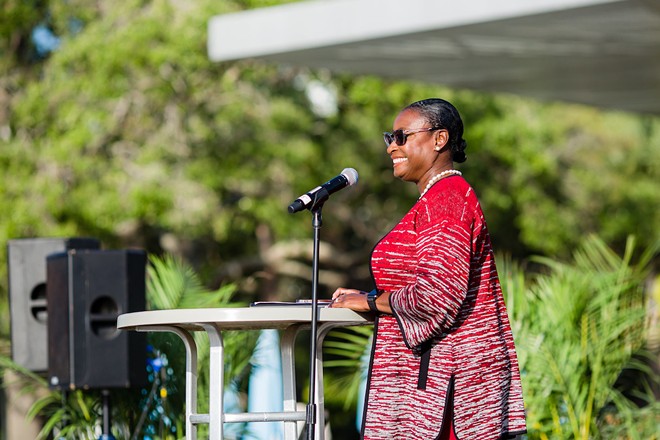 Owens chose to resign Friday after Mayor Ken Welch put her on leave while investigating the claims of Janelle Irwin Taylor, who accused Owens of creating a hostile work environment before abruptly resigning on Thursday.

Hours after Welch put her on leave to investigate Taylor’s claims, Owens chose to resign. In an email to Welch, the former Deputy Mayor said that it has been one of her “greatest honors” to serve the people of St. Petersburg.

“Recent events distract from our impactful and intentional work to move our great city forward, and therefore I resign in the spirit of progress, effective Sept. 9, 2022,” read the email. “I have been privileged to serve alongside committed colleagues on behalf of our city, who I know will continue to pursue the mission of equity and innovation. I look forward to continuing to be a change agent to implement that mission.”

In a memo to staff earlier Friday, Welch informed city staff that Owens had been placed on leave following Taylor’s allegations.

“Please be assured that our governing principles set a high standard for civility and professionalism, and they will be upheld,” Welch wrote. “If you experience any situation that you believe may violate our city policies on professional and ethical behavior, please notify your supervisor or the Human Resources department. We will continue to move forward.”

Taylor sent her resignation letter to the city on Thursday, referring to Owens, her direct supervisor, as being the main reason for her departure.

She had claimed that not enough was done to correct the situation after she approached Welch on Aug. 30 about the inappropriate behavior from Owens.

Friday, in conversation with Creative Loafing Tampa Bay, Taylor said that she would consider going back to the city.

“I will evaluate that if it becomes an option,” she told CL.

Taylor added that she is grateful to Mayor Welch for taking the situation seriously and ensuring an adequate investigation. “I am hopeful these events will begin a period of healing and growth,” she said.

Earlier Friday, Peter Schorsch, publisher of Florida Politics, shared a letter signed by members of Welch’s 2021 campaign, which claimed that Owens had created a toxic work environment for several people on his election team.