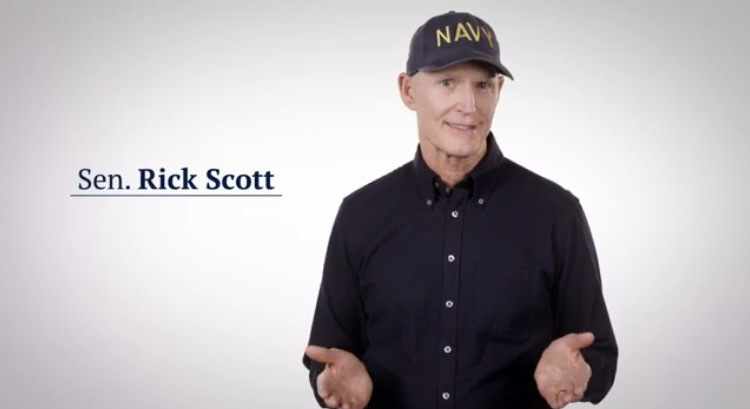 'If you wait until the last month, there's too much static.'

During a Wednesday interview on the Fox News Channel, Scott rebutted a persistent narrative, fueled by a recent New York Times article, that the NRSC squandered money and donor goodwill, saying that the candidates needed the money sooner than later.

“We did the right thing. We spent early,” Scott said of spending a reported 95%+ of the $181.5 million raised through July by the NRSC.

“What we did, as soon as our candidates got through their Primaries, we started helping them,” Scott related. “We put up ads with them to talk about what they believe in, and early on, we started defining the Democrats.”

Scott believes Republicans not only can maintain their current 50 seats, but could potentially pick up a half dozen Democratic seats as well.

“Ask these candidates that we’ve invested in if they think we should have invested early,” Scott contended. “Absolutely. They needed the money. They got through tough Primaries, some of them did. They needed the resources and we did it at the right time.”

Whether Scott’s comments addressed the central concerns of the New York Times article, and of committee donors, is another question, however.

“By the end of July, the committee had collected a record $181.5 million — but had already spent more than 95% of what it had brought in. The Republican group entered August with just $23.2 million on hand, less than half of what the Senate Democratic committee had ahead of the final intense phase of the midterm elections,” reported Shane Goldmacher.

“Now top Republicans are beginning to ask: Where did all the money go? The answer, chiefly, is that Scott’s enormous gamble on finding new online donors has been a costly financial flop in 2022, according to a New York Times analysis of federal records and interviews with people briefed on the committee’s finances. Today, the NRSC is raising less than before Mr. Scott’s digital splurge.”

Goldmacher focused in on $26 million in texting-related expenses, noting that donor requests for refunds had quadrupled.

NRSC Communications Director Chris Hartline defended the strategy in a statement after the Times ran its piece.

“It has been our plan all along to spend early on campaigns and to grow the NRSC’s house file, which is paying dividends now and will continue to in the future. We made the investment, we’re glad we did it, it will benefit the NRSC and the party as a whole for cycles to come, and disgruntled former staff and vendors will just have to deal with that,” Hartline wrote.

“Chairman Scott was sick of seeing the Democrats continue to beat us in digital fundraising and he has made it no secret that our goal is to build the biggest GOP digital file to help the party now and in the future.”

Will Scott’s optimistic vision prevail in the end? That’s the open question right now, but it’s clear the finger-pointing has already permeated usually friendly media outlets such as Fox News.