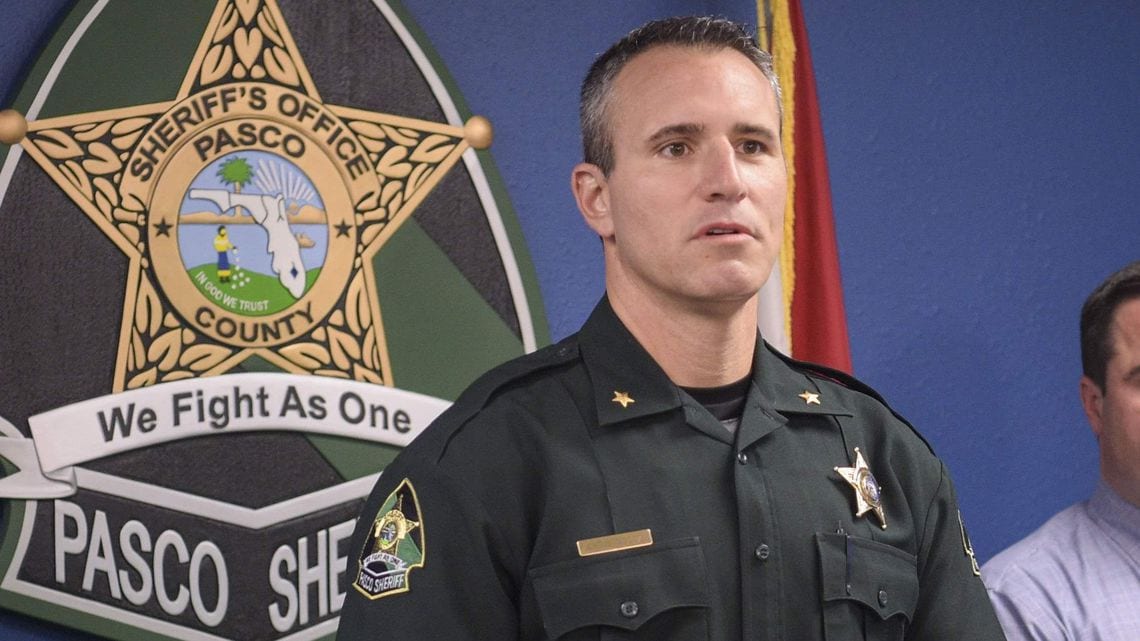 The predictive policing program places students on a secret list, identifying those who they believe are most likely to commit future crimes.

A coalition of civil rights organizations is suing the Pasco County Sheriff’s Office for its refusal to provide public records relating to its controversial predictive policing program.

The lawsuit argues that the Pasco County Sheriff Office’s refusal to provide demographic information about its predictive policing program is a violation of the Florida Public Records Act.

The case was filed by the Southern Poverty Law Center (SPLC), the Legal Defense Fund (LDF) and Southern Legal Counsel (SLC) on behalf of the Council on American-Islamic Relations-Florida (CAIR-FL), which originally requested the records between April and June in 2021. The lawsuit names Pasco County Sheriff Chris Nocco as the defendant.

“Our client, CAIR-Florida, has tried unsuccessfully for more than a year to work with the Pasco County Sheriff’s Office to obtain demographic information linked to the predictive policing program,” SPLC senior staff attorney Sam Boyd said in a statement. “We are done with the excuses. It is time for the sheriff’s office to produce this information, which the public has a right to access.”

Pasco County’s predictive policing program became the subject of national news after the Tampa Bay Times released an investigation on the initiative, established by Nocco. That investigation found the program was used as an intelligence operation to monitor, intimidate and harass families across the county.

What does it do, exactly? The predictive policing program places hundreds of students on a secret list, identifying those they believe are most likely to commit future crimes. Children are put on the list without any notice to parents and guardians, and once on, become subjects of persistent and intrusive monitoring.

“For nearly two years, community organizations, local parents, advocates, and activists across Pasco County have tried to obtain basic answers about how predictive policing programs affect youth in their communities. Despite clear obligations under Florida law, the sheriff’s office has refused to provide this critical information,” LDF assistant counsel Alaizah Koorji said in a statement.

This list is created using an “algorithmic risk assessment,” compiled by data provided by the Pasco County School District and the Florida Department of Children and Families that include histories of childhood trauma and school records, to determine students that should be added to the program.

The criteria used to target children for the program are believed to have a greater impact on Black and Brown children. However, the Sheriff’s Office will not provide records featuring the demographic breakdown of students on the list — leading to the lawsuit.

“It is imperative to have public transparency about how law enforcement creates and maintains these lists targeting young people — particularly because of the harm to Black and Brown youth, as well as youth with disabilities, who are disproportionately subjected to police surveillance in their schools and communities,” Koorji continued.

The lawsuit has been filed in the Sixth Judicial Circuit Court of Florida. It seeks a court order requiring Nocco to disclose information related to the Intelligence-Led Policing program. Several other lawsuits filed by individuals impacted by the program are also in progress.

“No one is above justice and accountability, and especially not the institutions that are supposed to protect us. We are confident this suit will help bring to light details of the program, which should be public,” CAIR-Florida’s Programs and Outreach director, Raniah El-Gendi, said in a statement.