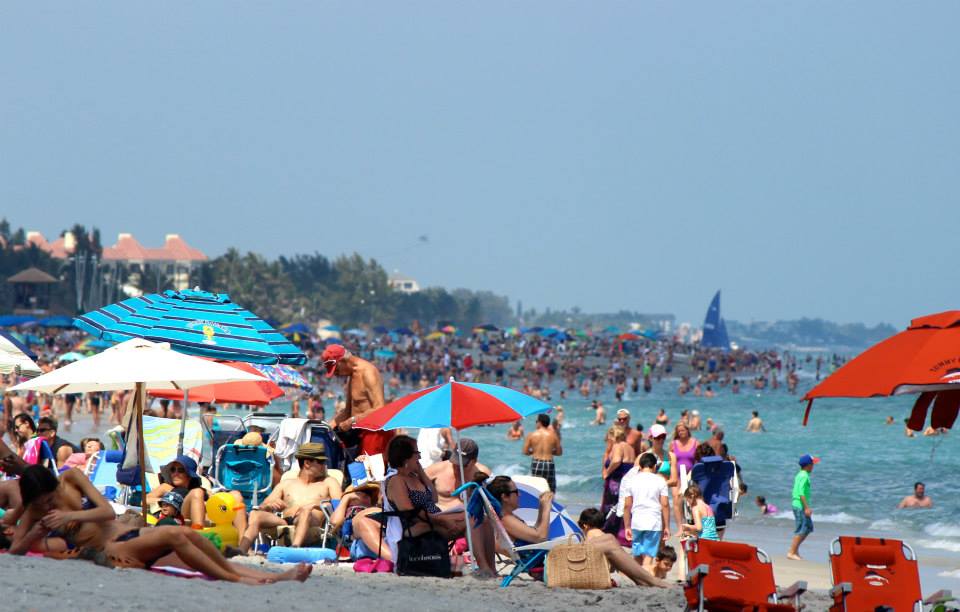 But a majority of Floridians chose not to travel at all.

But it’s making for more staycations — and a boost to the state economy.

The Florida Atlantic University Business and Economics Polling Initiative released survey results indicating 48% of Floridians rate the national economy as poor or very poor. That compares to only 26% who feel good or very good about it. Moreover, more than 96% remain to some degree concerned about inflation, with almost 61% saying they are “very concerned.”

Also, more than 91% say inflation has (at least somewhat) impacted their home finances, with more than 56% saying it “greatly impacted” them.

But the resulting anxiety may have provided a boon for Florida tourism. Of the Floridians traveling this summer, some 63% opted to do so within the state.

“The results of this survey closely resemble those from our poll in May,” said Monica Escaleras, director of FAU BEPI in the College of Business. “We see that due to inflation, Floridians who traveled for vacation this summer adjusted their plans. The good news is that those who traveled stayed close to home, which certainly helped Florida’s economy.”

The FAU poll includes 431 responses gathered from Aug. 31 to Sept. 5, collected by landline and online. Results were weighted by ethnicity, age, education and gender. Pollsters report a margin of error of 4.72%.

Economic concerns appear to be the driver of several decisions for Florida-based travelers. About 62% said high gas prices specifically led them to re-evaluate travel plans and choose to go to places closer to home. About 48% of those polled said they shortened the amount of time they planned to spend on vacation.

There were more than 28% who felt the rate of inflation made a Florida vacation too expensive. But upward of 49% believe you can have an in-state vacation for a “reasonable price.”

Of note, most Floridians — almost 68% — did not travel at all this summer. Of those, more than 34% said the prohibitive cost of travel played a role in the decision, and another 37% listed financial difficulties.

The high cost — specifically cruise and airline tickets — impacted many consumers; about 71% said they changed cruise lines, airlines or hotels based on rising prices.

“Pricing right to entice travelers with inflation in mind may help your business stand out from the competition,” said Peter Ricci, director of the FAU Hospitality and Tourism Management Program. “While discounting is not the answer to business profitability, value-building, whenever possible, will gain long-term fans for your hotel, restaurant or airline.”

next2 busloads of migrants dropped off near VP Kamala Harris’ residence