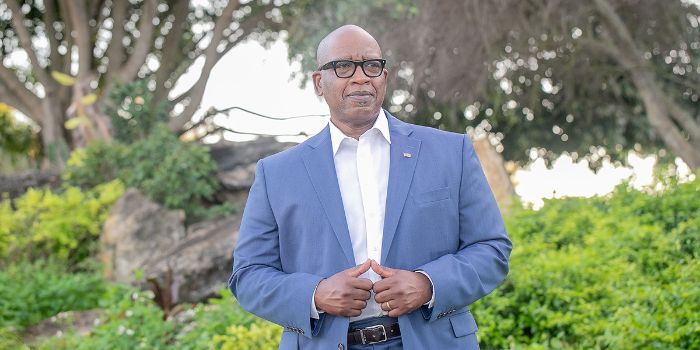 St. Petersburg Mayor Ken Welch is expected to announce new appointments in his administration, moves in direct response to high-profile resignations earlier in the month from his Deputy Mayor and Communications Director.

Walsh is an eight-year veteran of local government in the Tampa Bay region. Prior to joining Welch’s administration, he served as an aide to Pinellas County Commissioner Janet Long where he worked closely with regional leaders to implement solutions on issues ranging from transportation and climate change to state and federal legislative priorities, impacting all of Tampa Bay.

Bay News 9 anchor Erica Riggins is leaving her post to join Welch’s team as the city’s new Public Information Pfficer. Riggins won an Emmy for Outstanding Live Report for her story on students protesting the Iraq war, according to her Bay News 9 bio. She also won a national Edward R. Murrow Award for Best Documentary for a series of reports on growing trends of child abuse.

Alizza Punzalan-Randle, who most recently served as a nonprofit executive for the St. Pete Free Clinic, will assume the role of managing director for communication.

Shelly Loos, who has been working on special projects for Welch’s administration since his inauguration, will serve as director of stakeholder and community engagement.

“I’m incredibly excited to announce these impactful appointments to our administration,” Welch said. “Their decades of work in the community will prove invaluable as we continue our mission towards inclusive progress. Collaborating with the community and key stakeholders is imperative to ensuring transparency and accountability at all levels of this administration. I look forward to working alongside our current and new team members to serve the people of our great city, continuing our partnership to build the St. Petersburg of the future while honoring those who were so instrumental in shaping our past.”

Irwin Taylor’s resignation was sent Sept. 1, though she first addressed issues with Welch on Aug. 30. Owens tendered her resignation on Sept. 2 after Welch put her on administrative leave pending an investigation. Her resignation was effective Sept. 9.

Welch’s administration canceled an investigation into allegations of a hostile work environment following Owens’ resignation, claiming that her departure obviated its need. During a subsequent press conference on Sept. 8, Welch told reporters he did not believe there was a pervasive problem with work culture at City Hall, but said he was implementing new policies to ensure employees had access to and were educated on avenues to report possible issues.

Welch directed staff to develop an assessment of city government to allow employees to give feedback on their current workplace environment and inform policy going forward, according to the Tampa Bay Times.

nextSunburn — The morning read of what’s hot in Florida politics — 9.21.22