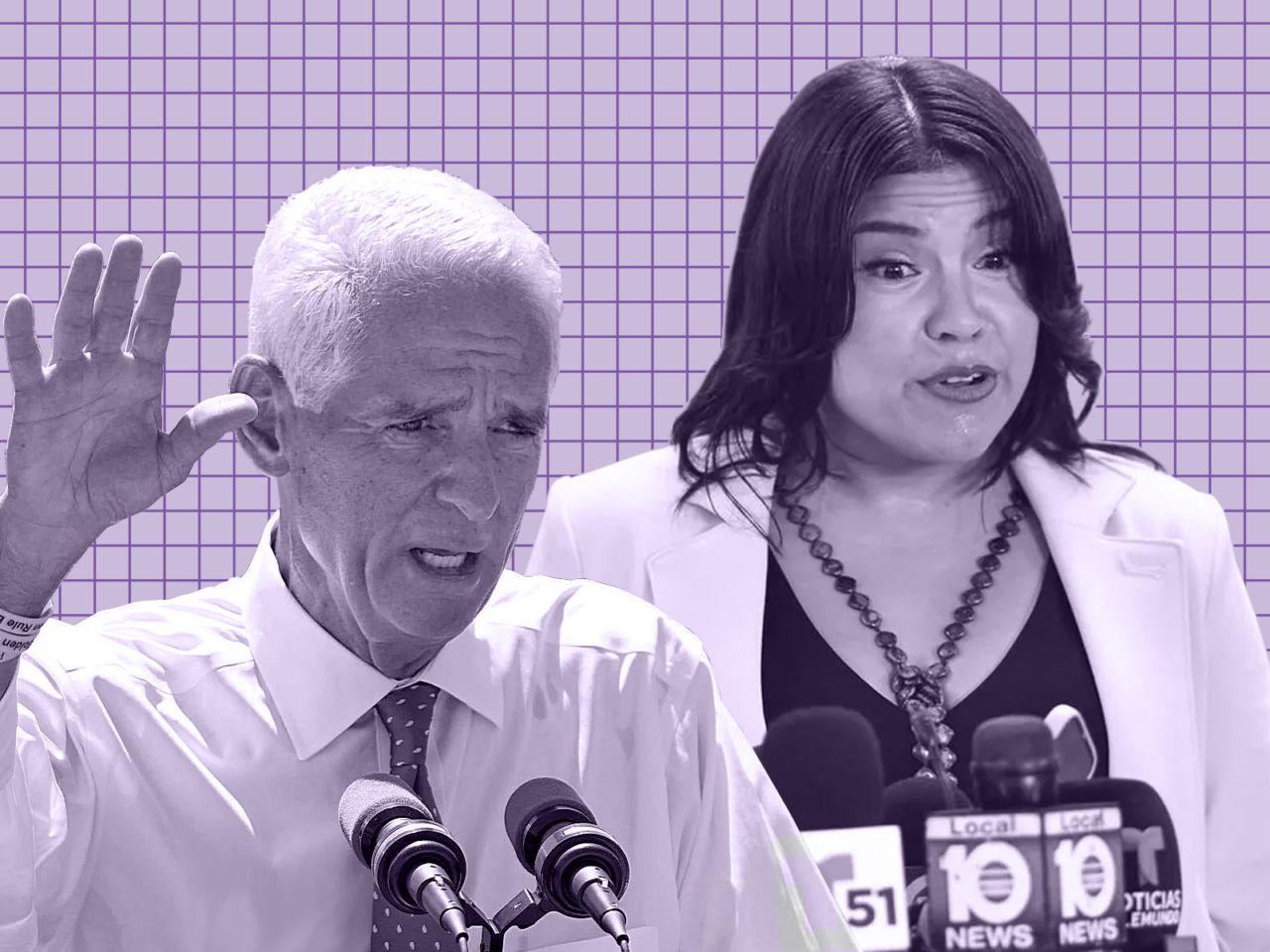 'There is no place in our party for comments like this.'

The Democratic gubernatorial ticket is speaking out against U.S. Rep. Rashida Tlaib of Michigan and her latest controversial comments about Israel.

In a press release sent just before 11 p.m., both Crist and Hernández condemned Tlaib’s statement as an example of antisemitism out of bounds in the Democratic Party.

“There is no place in our party for comments like this,” Crist said.

“I do not hesitate to call out anti-Semitism when I see it. Our support for Israel’s enduring existence as a democratic, Jewish state is not some political litmus test — it reflects our commitment to the values we hold most dear,” Crist asserted.

“My husband’s family fled anti-Semitism, which is why I know it must be denounced in all of its many forms,” Hernández added. “Charlie and I know that this hateful ideology must be challenged wherever it is found.”

The Crist campaign’s condemnation of Tlaib will be framed by critics on the Right as an attempt to recalibrate the campaign’s Israel position, in the wake of a resurfaced 2018 Twitter retweet from Hernández taking issue with the idea that moving the American embassy was “biblical.”

“All these folks saying that moving the Embassy is biblical. I’m pretty familiar with the Bible. Can’t say I recall any mention of the US, an embassy, or moving of said Embassy,” read the tweet Hernández boosted. “I’m gonna need a citation, with chapter & verse.”

The DeSantis campaign told the conservative Free Beacon that “Floridians deserve to know if Charlie agrees with these anti-Israel sentiments.” The conscious, late-night decision to disown the comments from Tlaib, a national figure with no real resonance in Florida politics, seems to be a rejoinder to such criticisms.

Other prominent Florida Democrats have offered their own condemnations of Tlaib’s remarks.

“The outrageous progressive litmus test on Israel by Rashida Tlaib is nothing short of antisemitic. Proud progressives do support Israel’s right to exist as a Jewish and democratic state. Suggesting otherwise is shameful and dangerous. Divisive rhetoric does not lead to peace,” asserted U.S. Rep. Debbie Wasserman Schultz.

“Using your words: I want you all to know that among #progressives, it becomes clear that you cannot claim to hold progressive values if you are an antisemite. Separating people by their race, religion, creed, how progressive,” tweeted Democratic congressional candidate Jared Moskowitz, the former director of Emergency Management for the DeSantis administration.

previousSunburn — The morning read of what’s hot in Florida politics — 9.22.22