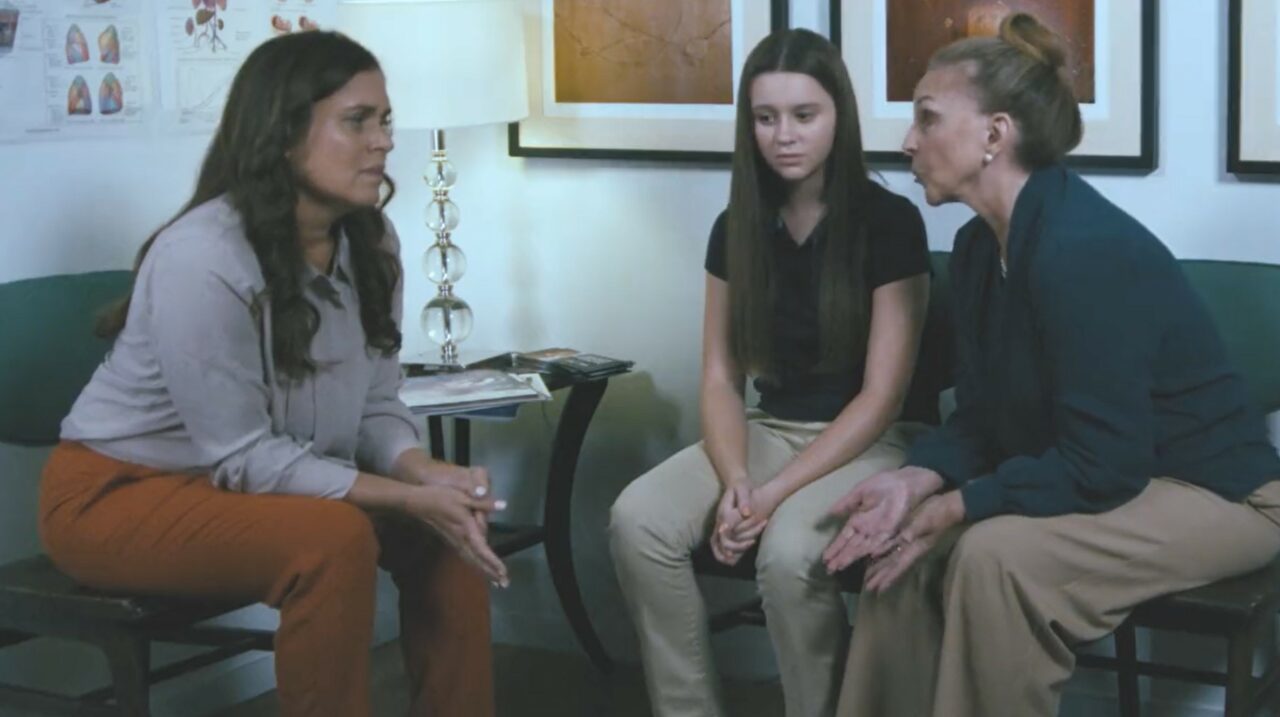 The telenovela-style ad is airing throughout South Florida.

A new Spanish-language ad from Charlie Crist’s gubernatorial campaign is bashing Gov. Ron DeSantis for supporting restrictions on women’s reproductive rights, including Florida’s ban on abortion after 15 weeks of pregnancy.

Titled “Decisión Familiar” (Family Decision), the 30-second spot takes aim at the abortion limits DeSantis signed in April. Unlike similar legislation U.S. Sen. Marco Rubio and others are now pursuing at the federal level, the Florida law includes no exceptions for rape or incest.

The telenovela-style ad shows three generations of Hispanic women — a grandmother, a mother and her daughter — in the waiting room of a doctor’s office. They agree to proceed with an abortion 16 weeks into the daughter’s pregnancy. As the mother gets up to inform the doctor of their decision, a police officer tells her she and her daughter are under arrest.

It’s airing in South Florida “on a mix of broadcast and cable,” said Samantha Ramirez, a spokesperson for Crist’s campaign. Ramirez did not answer a question about how much the campaign spent on the ad.

“Ron DeSantis is stripping women and victims of rape or incest — and their families — from being able to make decisions about their bodies,” Ramirez told Florida Politics by text. “Florida’s Hispanic families deserve to know that under Ron DeSantis, the freedom they came to the U.S. for is being taken away.”

Below is a translation of the ad’s script:

Grandmother: “My daughter, you know I’ve always been against it, but in this case …”

Mother: “We agree, then. Now we’ve decided this as a family.”

Mother (in English with subtitles): “Our family has decided to move forward.”

Law enforcement officer (in English with subtitles): “Sorry, ma’am. Under Gov. DeSantis’ new law, I’m going to have to arrest you and take your daughter into custody.”

Title card: “DeSantis took away families’ power to make decisions regarding reproductive rights. But in November, we can take away his power as Governor.”

Florida’s 15-week abortion ban, which went into effect July 1, prohibits the termination of a pregnancy if the physician performing the process determines the gestation age of the fetus is older than 15 weeks, calculated from the first day of a woman’s list menstrual period.

Prior to the passage of HB 5, titled “Reducing Fetal and Infant Mortality,” Florida was among the most permissive states for abortion in the Southeast, allowing abortion through the second trimester of pregnancy. In 2019, doctors in Florida reported performing nearly 72,000 abortions — the second highest of any state in the country, behind New York, according to a November 2021 report from the Centers for Disease Control and Prevention.

Crist’s campaign ad follows many challenges to women’s reproductive rights. In June, the U.S. Supreme Court overturned the landmark Roe v. Wade decision, kicking back down to states the power to decide whether to keep abortion legal, restrict it or ban the practice outright.

DeSantis was quick to confirm soon after that he and other members of the Florida GOP will “work to expand pro-life protections.”

“Ron DeSantis’ abortion ban took away the reproductive freedoms of victims of rape and incest — and from families forced to make difficult decisions about the health of their children,” he said. “It’s despicable. Which is why this November, we will take away his power as Governor.”