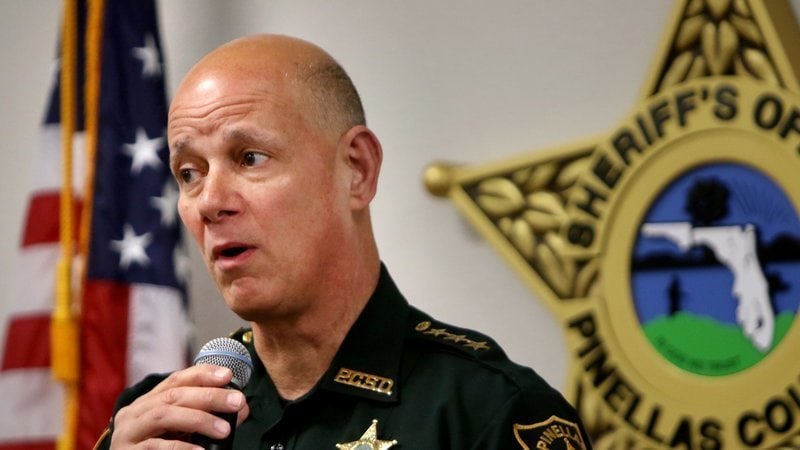 Officials have not yet issued mandatory evacuations, but are expected to do so within the coming days.

Pinellas County officials are urging coastal residents to evacuate inland as the threat of a major storm surge approaches with Hurricane Ian.

“We’re trying to give people flexibility, but nobody should think that because we’re trying to be as pragmatic about this as possible and allow people that fluidity to get back and forth, that in any way, shape or form anything we’re saying now means wait. It doesn’t. It means go,” Gualtieri said.

The areas the county is looking to evacuate include Level A, Level B, and Level C, emergency management director Cathie Perkins said at Monday’s new conference on the hurricane. Perkins urged residents to check their evacuation zones, information that can be found here, as the county updated the map this year.

“I need everyone — everyone — businesses, individuals, to check their evacuation zone,” she said. “We updated our zones this year, so don’t assume because you might have been outside of this zone last year, your zone hasn’t changed. It changed for a significant number of people in the county.”

Perkins said that as the storm continues to shift more to the east, Pinellas County will feel more significant winds. At this point in time, she said, the county is planning for a Category 3 storm to hit.

“It’s a lot of uncertainty to know exactly where it’s going to be. So it’s important that we prepare for the worst,” she said. “We expect there to be significant storm surge inundation. This can be life threatening.”

One of the biggest challenges Pinellas County residents could face is flooding. With 10 to 15 inches of rain expected, Perkins advised those in areas prone to flooding to protect their homes, raise belongings and be prepared.

“This is going to be a lot more than what we saw for Hurricane Ada a few years ago,” she said. “This storm is trending to slow down, which means it potentially could sit on top of us for 47 hours. That’s a lot of rain, and it’s not going to be able to drain out quickly.”

As for shelters, the county will begin to open general population shelters Monday night at 6 p.m., and continue to open additional shelters Tuesday morning. Perkins encouraged those that could stay with friends or family inland to do so.

nextFor Jacksonville, Hurricane Ian may recall another 'I' storm