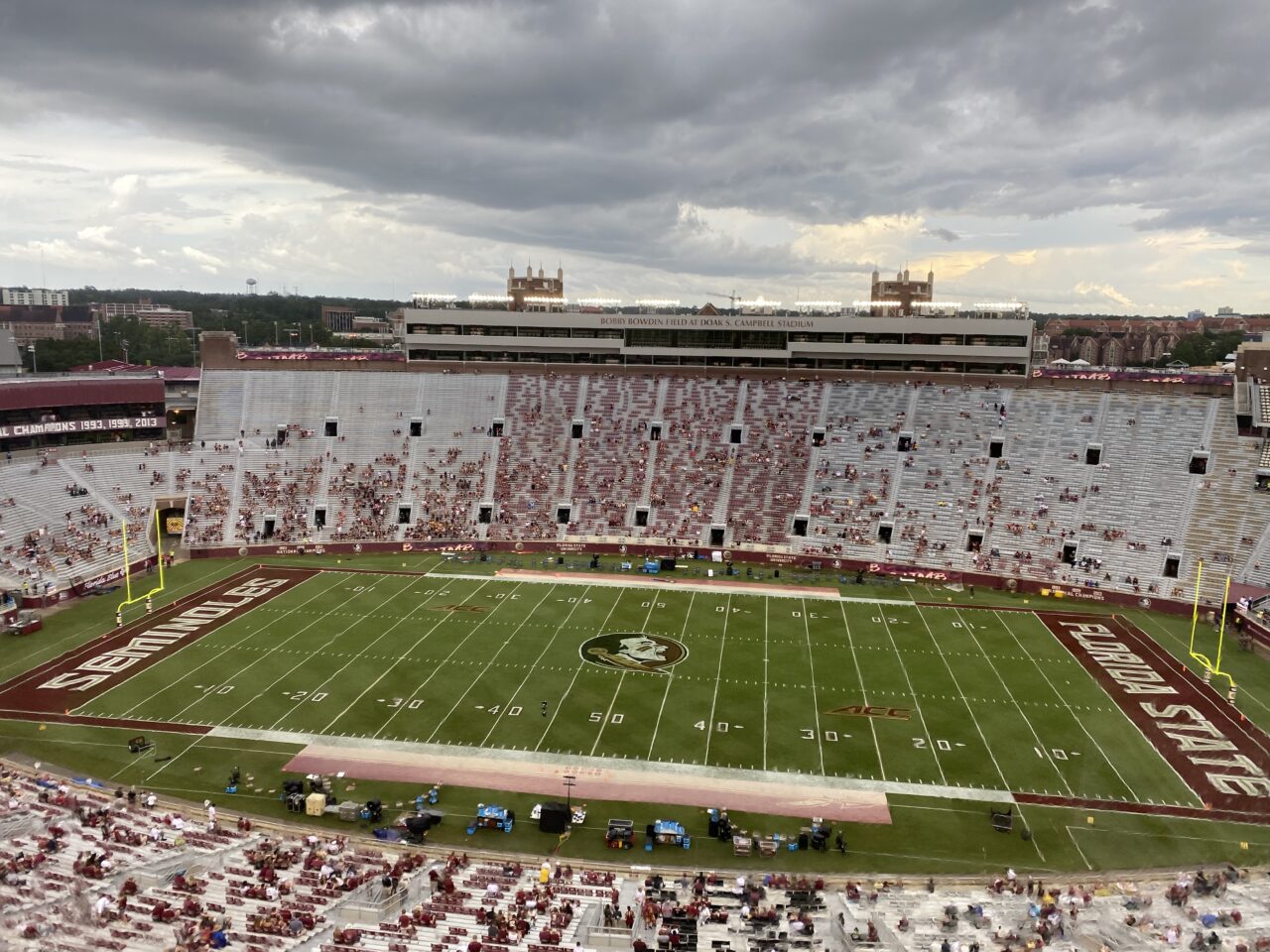 Multiple college football games in Florida could be subject to change as the storm approaches.

Normally, college football teams spend the week studying videos of their upcoming opponent, but players and coaches might spend more time now with the Weather Channel.

For now, scheduled games on Saturday for Florida State, Florida, UCF, USF and Florida A&M have not been postponed, although officials at those schools are watching developments.

Undefeated Florida State has a huge ACC home game Saturday at 3:30 p.m. against Wake Forest. As of now, the Seminoles plan to play.

“We are closely monitoring the projections of the hurricane and will be in constant contact with both local and state officials as well as the administration at Wake Forest and the Atlantic Coast Conference,” FSU Athletic Director Michael Alford said.

“As always, the health and safety of our student-athletes, game staff, and fans will be our top priority.”

It’s the same story at the University of Florida, where the Gators have a home game at noon Saturday against Eastern Washington.

UCF’s game in Orlando against SMU is scheduled for 3 p.m. Saturday, but traveling the day before the game could be an issue for the visitors because the storm could still affect Florida by then.

However, both teams have an open date the next week, so if need be, that would be an easy solution.

With the Tampa Bay area in danger of a direct hit, USF’s opening American Athletic Conference game Saturday at 7 p.m. against East Carolina could be in jeopardy. As of now, it’s still on the schedule.

“We will have a plan,” FAMU Coach Willie Simmons said. “We’re all monitoring the storm and what the projections are early in the week, so it’s hard to tell. As of right now, it’s all systems go in preparation for Mississippi Valley.”

Football isn’t the only sport that could be affected.

The Tampa Bay Lightning planned to open the home portion of their exhibition season with games Wednesday against Carolina and Thursday against Nashville at Amalie Arena.

Hurricane Ian had other ideas, however.

Due to the approaching storm, the Lightning announced both games are postponed, with no makeup date announced.

Likewise, the Tampa Bay Rowdies postponed their Wednesday game against  El Paso Locomotive FC at Al Lang Stadium in St. Petersburg. They rescheduled it for Oct. 12.

nextVulnerable Tampa Bay braces for storm not seen in a century