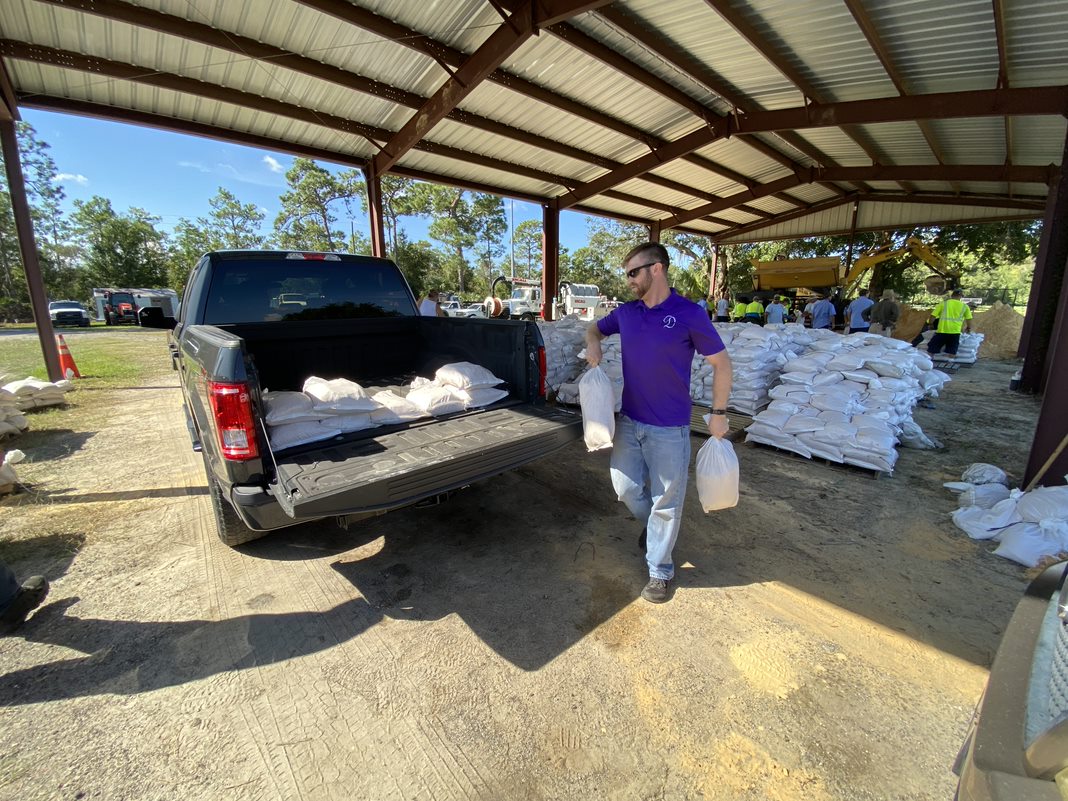 'It will be a significant flood event.'

Citrus County prepared for the early fall arrival of Hurricane Ian in the hopes its predictions exceed the real thing.

Flooding from tidal storm surge plus heavy rainfall could be worse than any in recent memory, surpassing even the March 1993 “no-name” storm and Hurricane Hermine in 2016.

Ira is expected to arrive near Citrus sometime Wednesday.

“This one has the potential for being catastrophic,” Crystal River City Manager Ken Frink said. “It will be a significant flood event.”

With the latest forecast track showing the eye moving slowly north up the Gulf of Mexico crossing into Florida near Citrus, officials fear the storm will push a mountain of water into the low-lying areas of Crystal River, Homosassa and Ozello.

Hess said Ian was strengthening over the warm gulf waters but expected to weaken some as it headed north. However, he said, it is also expected to slow, bringing hours-long downpour to the region.

“We’re looking at a lot of rain,” he said. “It’s going to be a prolonged event.”

The county opened sandbag sites Monday morning in Crystal River, Homosassa and Floral City and had given out 22,000 sandbags by 5 p.m., County Administrator Randy Oliver said.

Citrus County Schools closed Wednesday and Thursday, partially so that schools will be available as shelters and to keep buses off the road during high winds, district spokeswoman Lindsay Blair said.

Citrus County Commissioners have their regular meeting at 1 p.m. Tuesday where they are scheduled to have public interviews for four administrator finalists before choosing one to replace Oliver, whose last day is Nov. 8.

Oliver said the county will decide Tuesday whether to close the Courthouse for Ian.

The sheriff’s office said an announcement on shelters and evacuations was “forthcoming.”

“It’s a large system. Even if it tracks west, into the Gulf of Mexico, there’s still going to be impacts,” he said. “Don’t panic. It’s still early. Check on your neighbors, make sure they’re OK. It takes a community to take care of one another.”

previousSunburn — The morning read of what’s hot in Florida politics — 9.27.22

nextHurricane Ian: Mandatory evacuations ordered in much of Southwest Florida