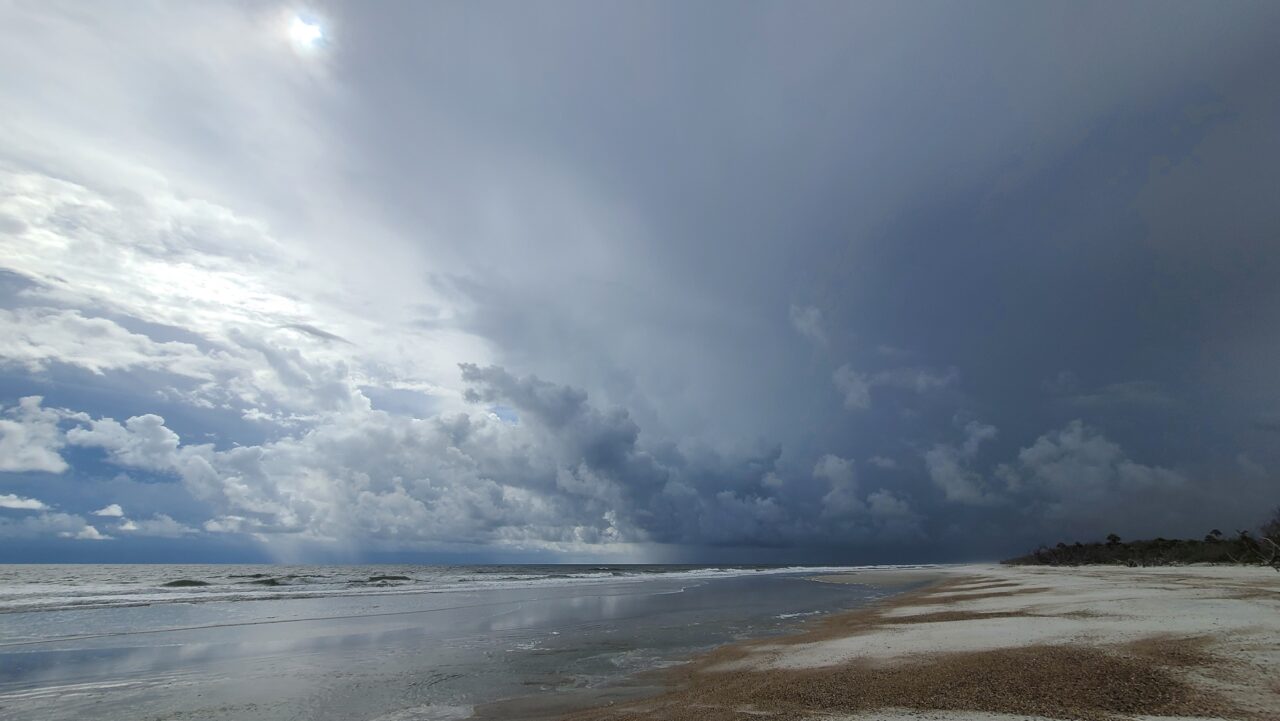 A tropical storm warning was in effect for eastern Nassau County as of noon Tuesday.

Getting ahead of Tuesday’s tropical storm and storm surge warnings, the Nassau County Board of County Commissioners declared a local state of emergency regarding Hurricane Ian, freeing up the county’s funds and personnel.

“Obviously at the (county emergency operations center), we have been very busy,” Nassau County Emergency Management Director Tim Cooper said. “We’ve been prepping for this, really, for months and months, more steadily in the last week, of course, we’ve been watching this since the time it was Tropical Depression 9. The only thing that is certain about the forecast right now is the uncertainty, as we all know.

“We do know, for high certainty, that we are going to have major weather impacts as far as rain. They’re giving the example (that it) will be very close to what we saw in Irma. We’re going to be monitoring it, we’ve got those plans in place, and we will push those out as necessary.”

He confirmed the Shave Bridge between Amelia Island and the mainland is to shut down temporarily in times of sustained winds at 39 mph or greater.

“If we get to hurricane-level winds and there’s some threat of, or there may have been some structural damage,” Cooper said, “then we have to look at, have engineers look at that before we can open back up for the safety of the public crossing that bridge. We don’t anticipate any of that with this storm.”

Should that be necessary, Army Corps of Engineers staff should be on site within 12 hours to assess the bridge’s condition and advise on next steps.

In light of the impending storm, the Nassau County School District announced that it will shut down Wednesday-Friday as well. A tropical storm warning was in effect for eastern Nassau County and all of Duval County as of noon Tuesday, coupled with a storm surge warning.

“Increasing rain chances are expected late tonight and Wednesday from south to north, with more rain and rain squalls and possibly embedded thunderstorms occurring Wednesday night through Friday,” according to the National Weather Service office in Jacksonville.

The county government advised residents in low-lying and flood-prone areas to sandbag their doors.

“No announcements have been made regarding evacuations or sheltering,” the county announced Tuesday morning. “However, please be assured that plans are in place and will be announced should the need arise.”

Nassau County residents are advised to know their evacuation zone, which can be found at onenassau.com/evacuations, and to sign up for emergency alerts through onenassau.com/citizen-alerts.