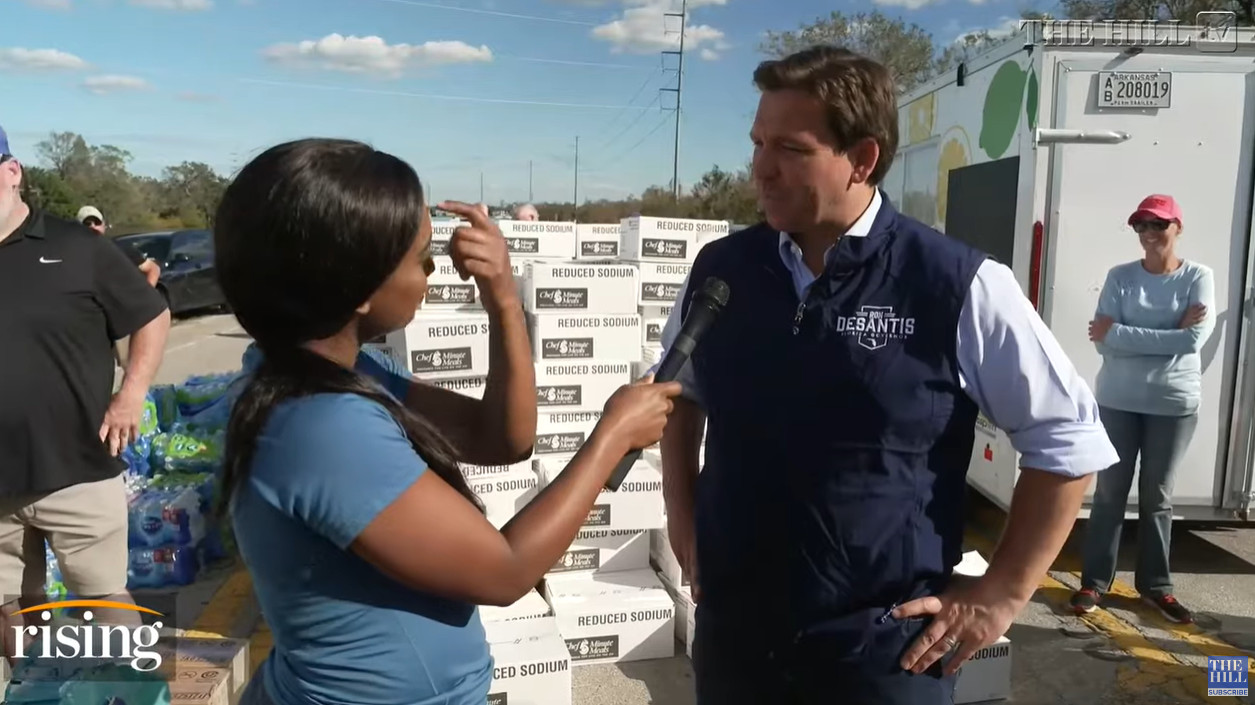 'If they can use it to pursue their political agenda, they will do it.'

Gov. Ron DeSantis is speaking out against the “national regime media” getting the forecast wrong relative to Hurricane Ian’s landfall.

DeSantis, during an exclusive interview with the right-of-center Florida’s Voice website, was asked if there would be any “accountability in the media” for reporting that the storm had been forecast to strike the Tampa Bay area.

“Quite frankly, you have national regime media that … wanted to see Tampa, because they thought that would be worse for Florida. That’s how these people think,” DeSantis said, in an interview publicized Tuesday morning.

While the administration was “obviously concerned about Tampa, too,” the Governor noted “there was so much emphasis on it” that “people said, ‘I’m 125 miles away from here, maybe I’m better off hunkering down.'”

DeSantis didn’t offer specific examples of “regime media” malefactors in his Florida’s Voice interview, but he has shown a propensity to mix it up with national reporters covering Ian’s aftermath with a critical eye toward how the state handled the run-up to the storm.

When a CNN reporter asked him during a press availability in Arcadia about Lee County’s mandatory evacuation order issued a day before landfall, DeSantis turned the tables on his interlocutor.

“Well, where was your industry stationed when the storm hit?” DeSantis replied, as reported by Fox News. “Were you guys in Lee County? No, you were in Tampa.”

“A true leader is accountable for their words and deeds. It is disgusting to see Ron DeSantis blame anyone and everyone, whether it’s the media or Floridians who are trying to help their neighbors, rather than own up to his failure of leadership,” asserted Democrat Charlie Crist.