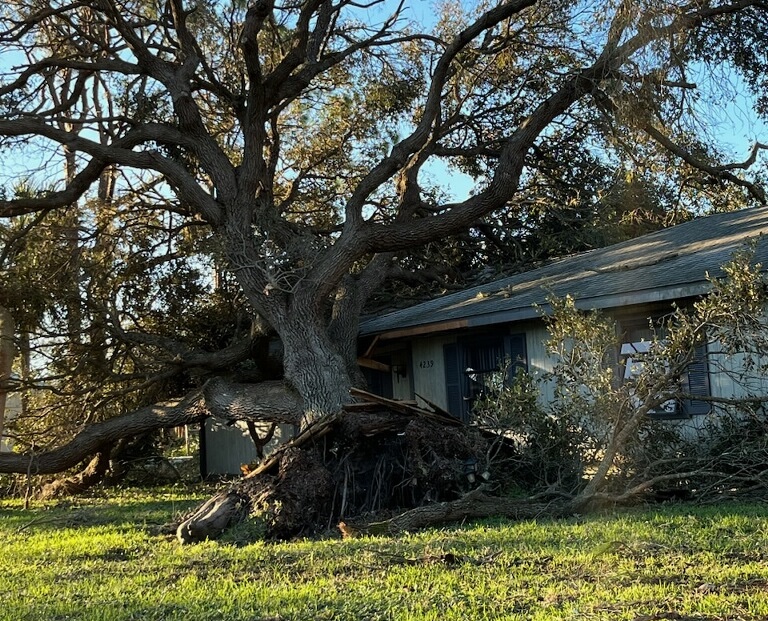 Officials never ordered her to evacuate. Now, she's navigating the insurance process and vowing to continue her campaign.

Congressional candidate Andrea Doria Kale heard the large thud on her roof during Hurricane Ian. She figured a large branch broke off and hit hard. But when she stepped outside hours later, the sight of a large tree leaning on her roof stunned her.

“It just sounded like a crunch, and the wind was so loud it was surreal, almost like a hand was put under it to soften the blow,” she said. “I had no idea for hours it was an entire tree over my home. That was terrifying.”

The North Port Democrat still had to stay in her home for days, worried the entire structure would collapse around her, because roads remained completely unnavigable until Sunday, four days after the Category 4 hurricane made landfall. She’s now at a hotel in Clearwater, anxious to return to Florida’s 17th Congressional District.

Kale this year faces incumbent U.S. Rep. Greg Steube, a Sarasota Republican, and has felt frustrated by a lack of support by the Florida Democratic Party.

Kale, a Sarasota County resident, lived in a C-level flood zone, and her area was never placed under mandatory evacuation. So she hunkered down to wait out the storm. Flooding did come, and so did intense winds that chewed up long-standing trees in her property.

Immediately after the storm, she had no cellular service, except for the availability of 911.

“I couldn’t text my family and friends,” she said. “911 would not contact my family, which I found particularly disturbing as I was alone in that house. I was begging them that my family doesn’t know I’m alive and safe.”

She eventually received a text message from a cousin in Pennsylvania, who she dispatched to let the rest of her family know her status.

After service came back, she evacuated with pets to Clearwater, and most of her calls have been with Nationwide Insurance. She’s reluctant about how to characterize the help, but said the company is quickly reimbursing her for the cost of a crane hired to remove the tree from her home. The tree should be removed today, Oct. 5, eight days after the storm. Flood insurance, she said, remains a contentious conversation.

But after years in the nonprofit sector, she has experience arguing to ensure people receive benefits for which they are entitled, and knows how to navigate bureaucracy. Her most immediate regret is that since she’s displaced indefinitely by the storm, she can’t spend more time helping neighbors navigate the same mazes involved with recovering after a disaster.

Kale said she will continue her campaign for Congress. But she’s agitated as ever about Republican leadership in Florida and the country, the one topic that brings her to tears in a conversation about the devastation of a hurricane. “They are making it a fascist country like Hungary, and it’s literally breaking my heart,” she argued.

But she feels more than ever that she’s fighting a battle alone.

She reached out to Florida Democratic Party Chair Manny Diaz by phone and on social media to say she was in actual trouble. “No reply, no acknowledgement, no nothing,” she said. “It’s business as usual with the elites.” 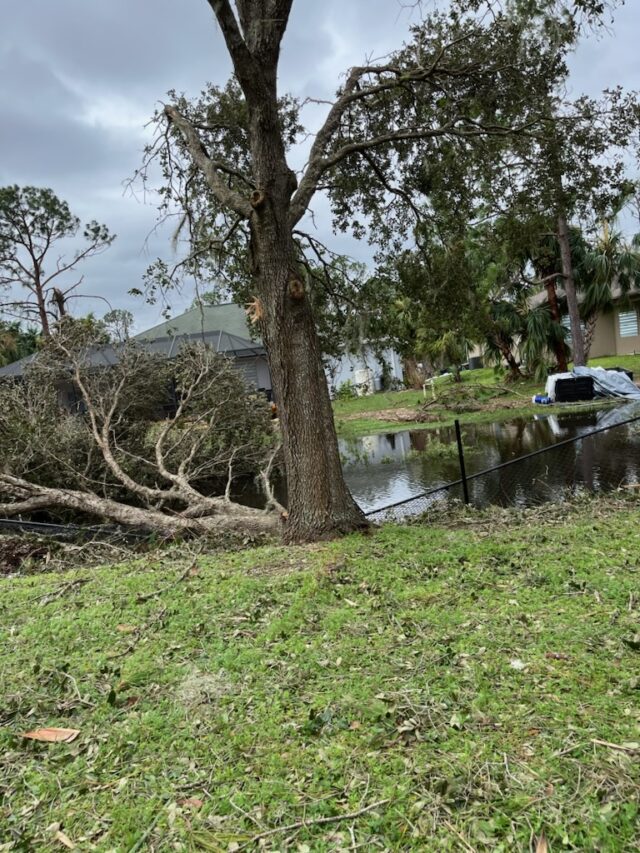 previousJoanne Goodwin: One of the biggest beneficiaries of the Inflation Reduction Act? Florida seniors

next'Liveaboard' survived Hurricane Ian on boat in storm-tossed marina; it nearly killed him