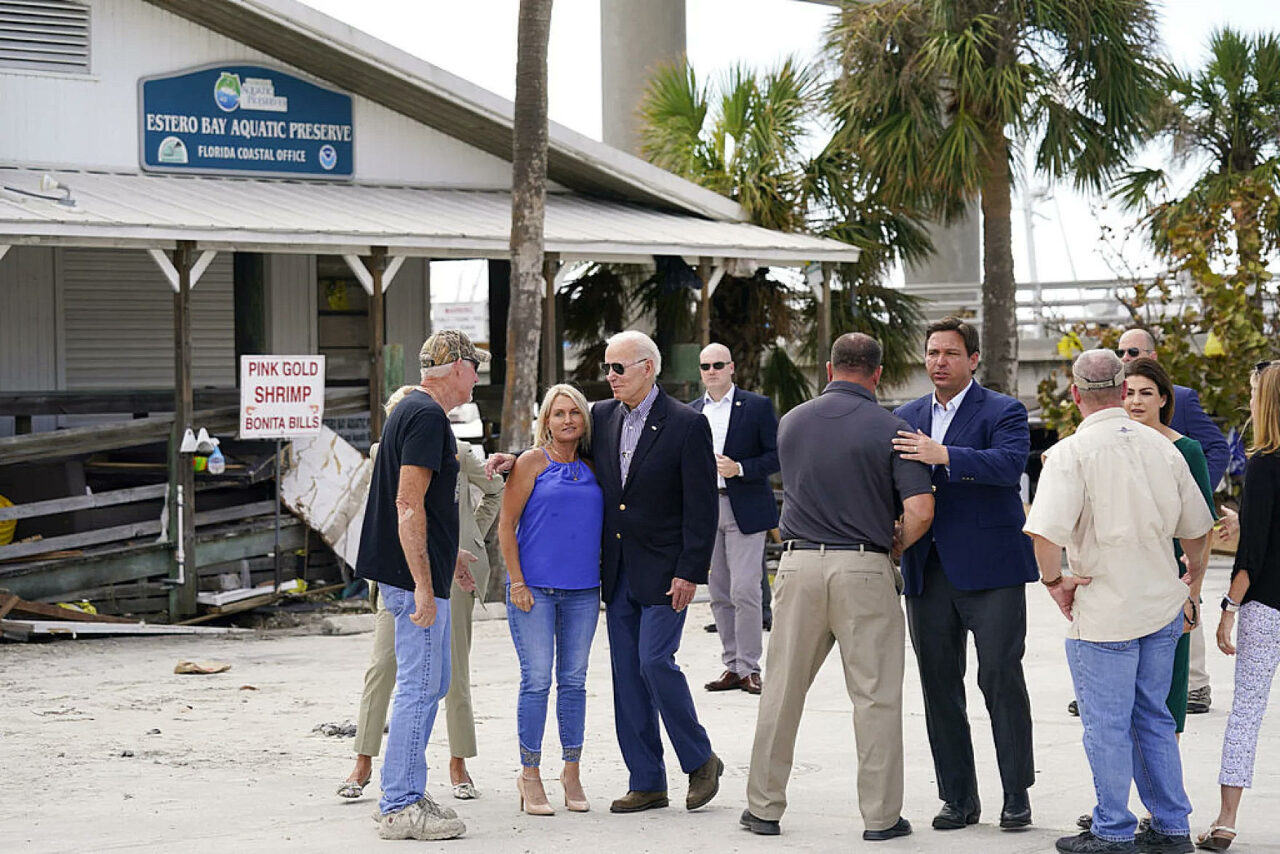 The praise comes just over a month before DeSantis stands for re-election.

“What the Governor’s done is pretty remarkable so far,” Biden told pool press.

That came during a presidential visit to Lee County where both the Democratic and Republican leaders broadcast unity in the face of storm recovery.

But the notes carry particular weight barely a month before DeSantis stands for re-election. He faces Democrat Charlie Crist in the Nov. 8 General Election.

Many wondered how cozy DeSantis and Biden could be. The Governor frequently uses the currently unpopular President as a foil in press conferences, and speculation abounds on a likely 2024 presidential run.

But many also questioned if working too closely in concert could hurt DeSantis with his conservative base. Comparisons have been made to former New Jersey Gov. Chris Christie’s praise of President Barack Obama’s response during Superstorm Sandy just before the 2012 election, where Obama secured re-election over Republican Mitt Romney, despite many pre-storm polls predicting trouble.

Along that line, Biden notably offered the strongest praise to an issue where DeSantis defies national Republican orthodoxy — on climate change.

“First of all, the biggest thing that the Governor’s done, and so many others have done, they’ve recognized this thing called global warming,” Biden said. “The world is changing. It’s changing, and we have to change the way with the zoning codes.”

DeSantis ran for Governor in 2018 on a pro-environment agenda, earning endorsements from the Everglades Trust and remaining closely allied with groups like Captains for Clean Water, which is based in Southwest Florida.

Biden’s comments may help burnish DeSantis’ bipartisan credibility despite polls showing the Republican incumbent as a divisive figure. It also should help waive off some criticism of DeSantis in recent days, as the timing of mandatory evacuations came under scrutiny, and after philanthropic efforts to help survivors in the Florida Heartland became disrupted because of a gubernatorial visit.

The political balance of DeSantis’ conservative ideology and pro-environmental stance works in Florida, which has the longest coastline of any state besides Alaska. But that position could also complicate any potential run for national office in 2024 or beyond in a competitive Republican Primary.

Could the praise from Biden lift DeSantis in November but also sabotage any potential challenge to Biden’s own re-election in two years?

That possibility might offer insight into another aside captured on camera during Biden’s visit. While touring the area with Fort Myers Beach Mayor Ray Murphy, Fox News reports Biden told the official “No one f***s with a Biden.”

previousLast Call for 10.5.22 — A prime-time read of what’s going down in Florida politics