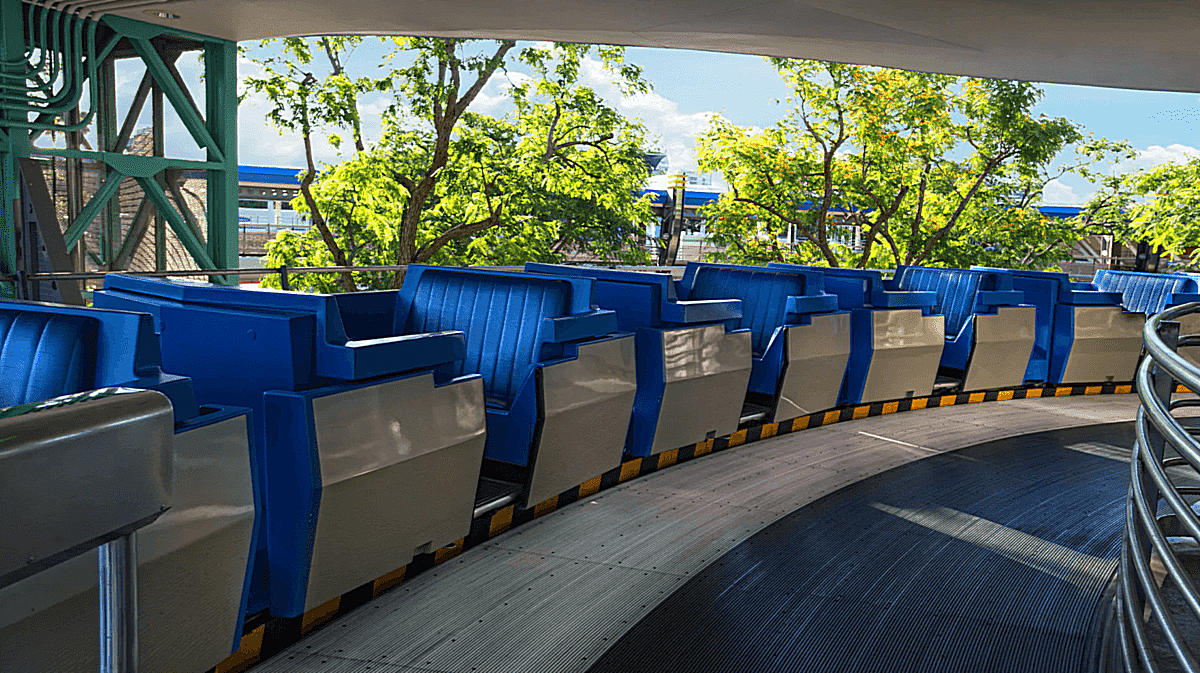 The report describes the chaos that ensued as the ride kept moving.

An elderly Florida man with health issues fainted on the PeopleMover ride last month at the Magic Kingdom and later died, according to a new state report where Florida’s biggest theme parks self-disclose visitors’ medical emergencies.

Joseph Masters, 83, of Palm Coast, rode the PeopleMover with his wife, Alice, when he passed out Sept 25, an Orange County Sheriff’s report said.

The report describes the chaos that ensued as the ride kept moving.

“She began to panic,” the sheriff’s report said. “She began asking for help and attempted to contact family members who were at the park. As the ride came to its end, Disney staff and security responded to the scene where CPR was initiated.”

Masters was taken to Celebration Hospital, where medical staff tried to save his life for 30 minutes.

“It was later learned Joseph had a pacemaker implanted and was diagnosed with an extensive list of medical conditions to include diabetes and hypertension,” the sheriff’s report said.

A Celebration doctor determined Masters “had a large blockage of an artery, near the right side of his heart.”

“Joseph’s death was deemed natural given the aforementioned circumstances,” the sheriff’s report noted.

His obituary described him as a man who loved his wife of nearly 50 years, had a strong Catholic faith, and enjoyed visiting Disney World.

“He worked as a Foreman for a stage lighting company as well as serving our nation honorably in the Army National Guard at Camp Smith Military Base for 23 years,” his obituary said.

Masters’ death was reported to the District Nine Medical Examiner’s Office, but the agency did not conduct an autopsy.

It’s not the first time someone had a medical emergency on the Tomorrowland Transit Authority PeopleMover, a gentle, slow-moving ride that’s become iconic since opening in 1975.

In February, a 72-year-old woman lost consciousness on the PeopleMover, according to the state injury report released every quarter by the Florida Department of Agriculture and Consumer Services.

Every year, millions of people visit Disney World. Disney is supposed to self-report when people become ill or sick on the ride and require at least 24 hours of hospitalization.

Masters’ death is one of six reported medical emergencies at Disney World from July through September, according to the latest state theme park injury report released Tuesday.

A 27-year-old woman went into labor after exiting the Tomorrowland Speedway at the Magic Kingdom last month.

An 83-year-old man was “briefly unresponsive” on the flying simulator ride Avatar Flight of Passage at Animal Kingdom last month.

A 47-year-old man passed out on Epcot’s Mission:Space “after experiencing the green side of the attraction” in July.

At Universal, a half-dozen incidents were reported, including a 51-year-old man experiencing chest pain on Volcano Bay’s Kopiko Wai Winding River and a 28-year-old man passing out on Harry Potter and the Forbidden Journey. A 38-year-old woman also felt neck pain on the new Jurassic World VelociCoaster.

No issues were reported at SeaWorld, Busch Gardens or Legoland.