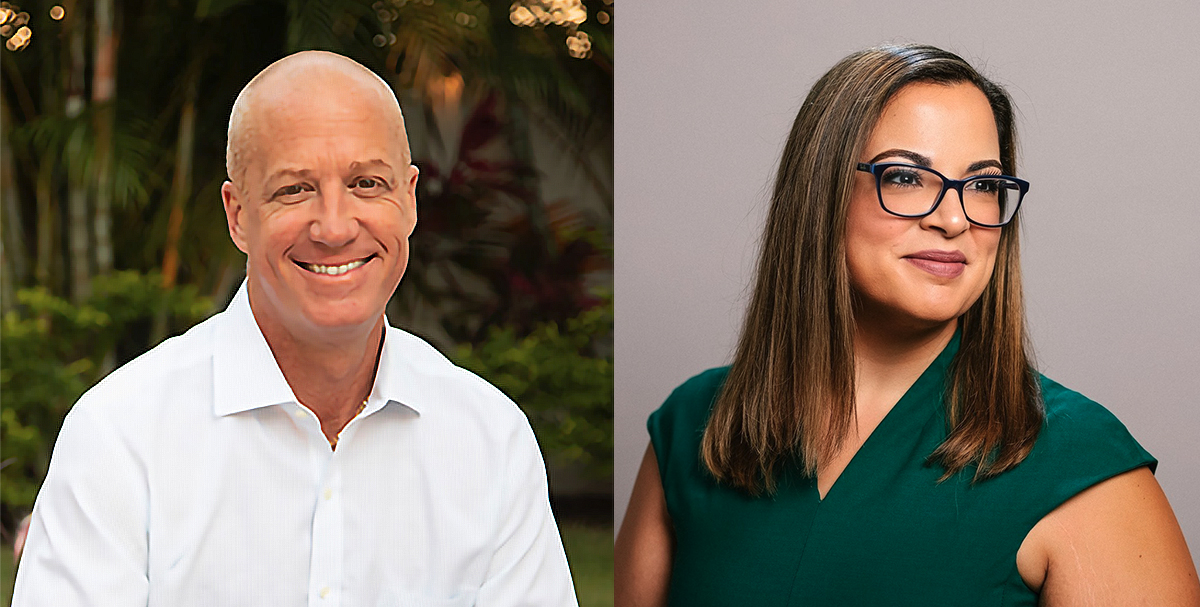 The district, though under new boundaries, has been in Republican control for more than a decade.

Republican state Rep. Nick DiCeglie and Democratic first-time candidate Eunic Ortiz are battling for the chance to replace Sen. Jeff Brandes, the Republican incumbent who is not seeking re-election due to term limits.

DiCeglie has an advantage in the race. The district, though under new boundaries, has been in Republican control for more than a decade and, under its new configuration as SD 18, maintains a Republican edge. Nearly 140,000 of the district’s registered voters are Republican, while just over 125,000 are Democrats. Still, it’s a fairly purple district with nearly 113,000 nonpartisan voters, according to the most recent L2 voter data.

And while the seat is open, DiCeglie has the advantage of being an experienced legislator, serving as a state Representative and Brandes’ endorsed successor. He has also maintained a strong fundraising advantage, with more than $1.4 million raised between his campaign account and affiliated political committee, The Economic Freedom Committee.

Ortiz, meanwhile, had raised just about $340,000 between her campaign and affiliated committee, Together United for Florida, as of early October.

In addition to the sizable fundraising gap, Ortiz has faced difficult odds in a state that historically favors Republicans and is appearing well-poised for additional GOP gains this cycle.

She may find some help from a recent Tampa Bay Times endorsement. Still, that voting recommendation, while laudatory to her experience and campaign platform, was equally full of praise for DiCeglie.

DiCeglie has represented House District 66 since 2018. Prior to that, he served as Chair of the Pinellas County Republican Party. He also served two terms as Chair of the Clearwater Regional Chamber of Commerce, as a gubernatorial appointee to the Tampa Bay Regional Planning Council, and as a member of the Indian Rocks Beach Planning and Zoning Board.

The Republican lawmaker has owned Solar Sanitation, a waste management business, since 2001. The company services parts of unincorporated Pinellas County. It was named “Medium Sized Business of the Year” by the Clearwater Chamber. He lives in Indian Rocks Beach with his wife, Erica, and their two children.

DiCeglie currently Chairs the Insurance and Banking Subcommittee in the House and serves on the Commerce and Ways and Means committees, as well as the Local Administration and Veterans Affairs and Justice Appropriations subcommittees.

Her experience includes stints in television news and public affairs and she previously served as a spokesperson for the New York City Council. She now teaches ethics and mass communications challenges at UF and worked on the successful campaign to raise the state’s minimum wage to $15 an hour under Amendment 2. Ortiz has also worked as a union organizer.

DiCeglie has been a moderating voice at times in the hyperconservative lower chamber, though tends to vote in line with his party.

DiCeglie voted with Republicans on House Bill 1557, dubbed by critics as the “Don’t Say Gay” law. It limits classroom discussion of sexual orientation and gender identity.

He also supported the Stop WOKE Act (HB 7) that prohibits the teaching of critical race theory in public schools and workplaces.

DiCeglie also co-sponsored the state’s ban on abortions after 15 weeks of pregnancy, with no exception for cases of rape, incest or human trafficking. DiCeglie, however, hasn’t committed to supporting an outright ban on abortion.

DiCeglie also voted in favor of a bill (HB 1197) labor organizers considered a union-busting measure. The bill died in Session this year, but would have allowed unions to be decertified if fewer than half of the employees eligible for the union were not dues-paying members, among other provisions.

DiCeglie supports expanded vocational education programming and protecting funds in the Sadowski trust for their intended use, affordable housing. He has also said he favors home rule, which gives local governments authority to govern themselves. As the Times notes, he hasn’t always voted in favor of home rule, but he may have some wiggle room in the more moderate upper chamber to set the tone on the issue, if elected.

Ortiz would work to block efforts to further restrict a woman’s right to choose, a big campaign issue this cycle as women nationwide confront a post-Roe v. Wade world where states now have the autonomy to enact abortion restrictions, including full bans.

She supports “comprehensive gun reform” that includes bans on permitless open carry and an expansion of required background checks, as well closing the gun show loophole.

Though doing so would be unlikely in a Republican-controlled Legislature, Ortiz also supports expanding Medicaid under the Affordable Care Act, a move Republicans have resisted since the health care law was passed under former President Barack Obama.

Support for the candidates falls largely along party lines, with DiCeglie having powerful backing from Gov. Ron DeSantis, Attorney General Ashley Moody and Pinellas County Sheriff Bob Gualtieri, among a host of other local Republican officials.

Traditionally Democratic-supportive groups such as the Sierra Club, Planned Parenthood, Florida For All, Emily’s List, Ruth’s List, the Human Rights Campaign, Run For Something, Moms Demand Action, LPAC, Florida Conservation Voters and others are also endorsing her.