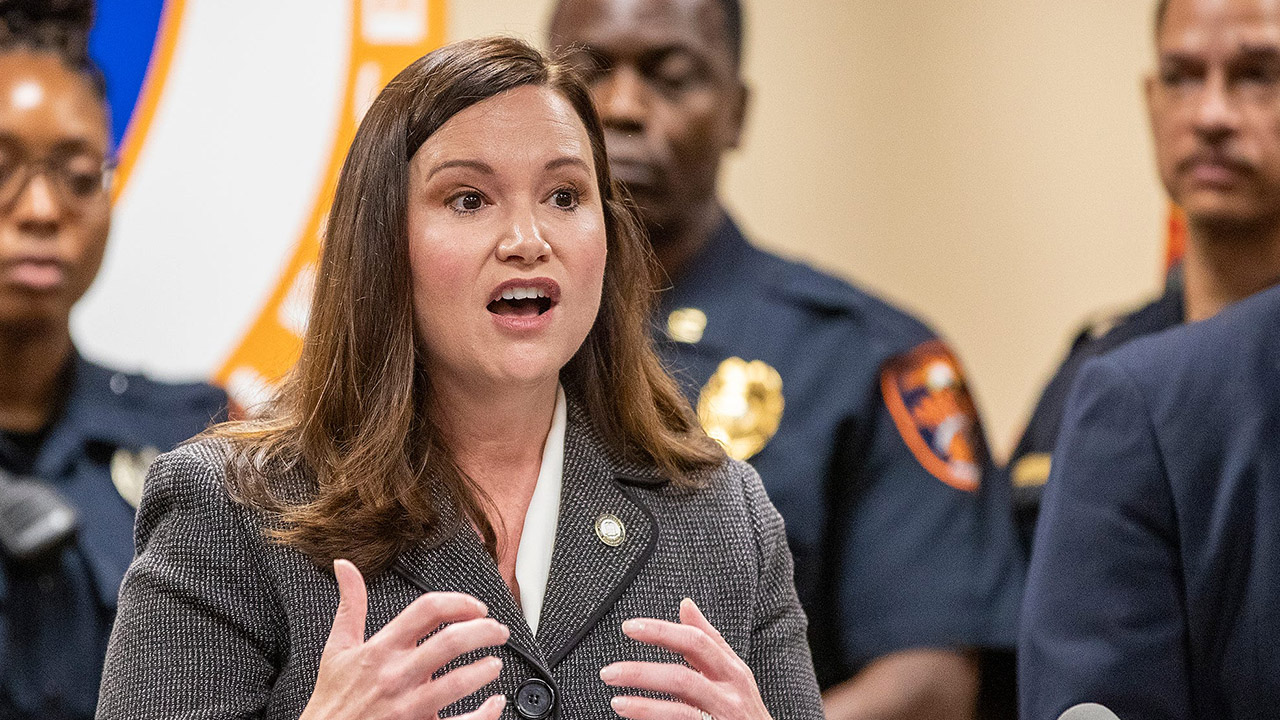 'We couldn’t take any chances in our warnings.'

While it is uncertain whether any lives were saved by Attorney General Ashley Moody’s pre-Halloween warnings about fentanyl-flooded candy, the AG’s office nonetheless says “important conversations” were held as a result.

“We know your stories and our warning sparked important conversations between parents and children about the dangers of illicit drug use and fentanyl in particular. Parents have told us that they heard our warning, and also carefully checked their children’s candy after trick-or-treating,” said Kylie Mason, spokesperson for the Attorney General.

Moody held one press conference and did a number of national media hits about how the fentanyl scourge made 2022 “the scariest Halloween in (her) lifetime.”

Fentanyl, she said on Oct. 25, “is now being manufactured to look like candy,” a choice made to “attract children.”

“It comes in rainbow colors. It can take all shapes or sizes,” Moody warned. “We’re seeing it in pill form. We’re seeing it in ways that could look like sidewalk chalk. We know that it’s being transported in candy packaging: Skittles, Sweet Tarts, Whoppers, Reese’s.”

Moody urged parents to go through “their child’s candy extremely carefully,” even as she allowed that the chances of fentanyl candy were somewhat remote, a point delineated by Mason in her response to our questions Wednesday.

“As the Attorney General stated in our news release and at the news conference, while drugs have been found by trick-or-treaters in year past and rainbow-colored fentanyl is now being found in candy packaging, we still believe the greater risk comes from fentanyl being laced in other illicit substances, given to unsuspecting users — possibly older-aged children at Halloween parties,” Mason said Wednesday.

For her part, Moody noted in her October press conference that, while it was “probably a lower probability that it’s going to be in a trick-or-treat bag,” it was “not beyond the realm of possibility” given previous incidences of “illicit substances, highly toxic, dangerous substances in children’s Halloween bags.”

Moody offered grim warnings last month about what could be an “terrifying” Halloween, including a troubling quote about the impact to “young children” Oct. 12 on Fox & Friends.

“We’re seeing them put it in candy packaging, like Nerds packaging. And Halloween’s coming up and those of us with young children have to have these conversations and start learning about the fentanyl crisis and warning our children,” Moody said.

The federal Drug Enforcement Administration has warned about so-called “rainbow fentanyl,” an “alarming emerging trend of colorful fentanyl” designed to appeal to “children and young people.” There have been federal indictments on trafficking charges related to this trend.

“With rainbow fentanyl being found in candy boxes this year, we couldn’t take any chances in our warnings. However, information about the discovery of illicit substances should be reported to local law enforcement and that is who you need to check with for any new reports,” Mason said.