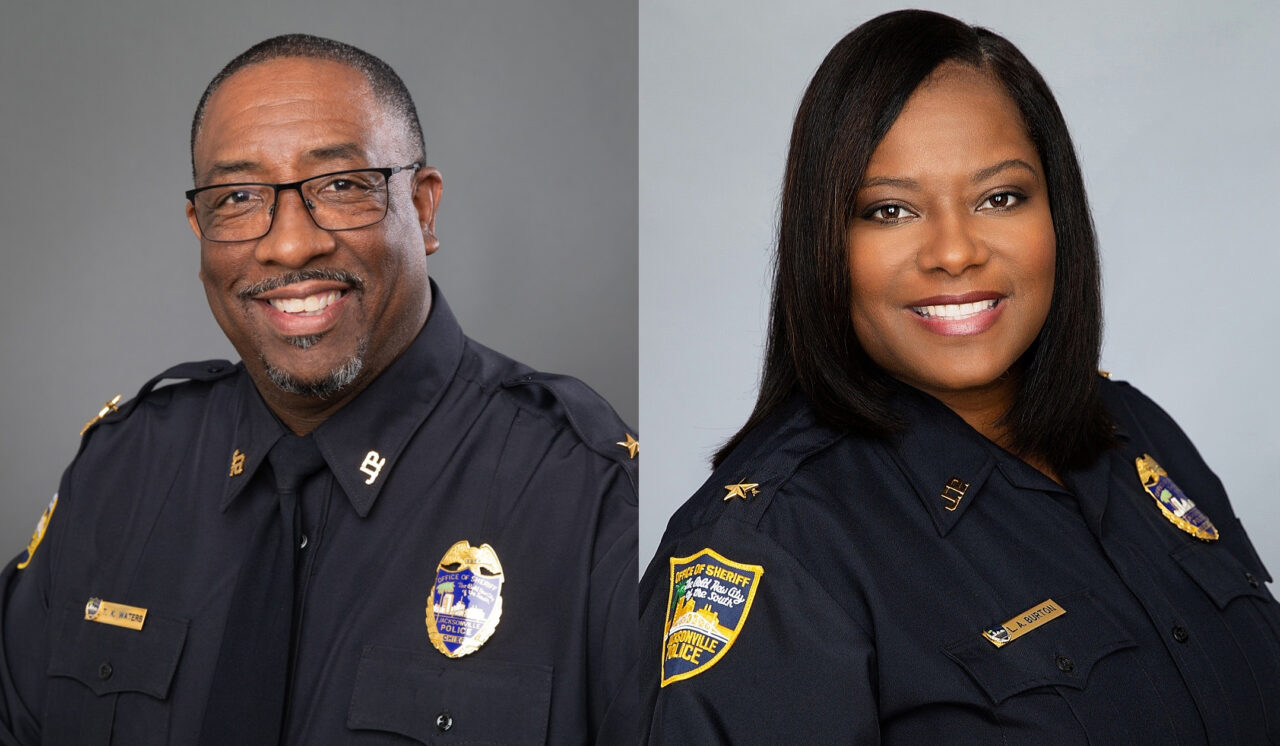 Waters will serve just a few months before appearing on the 2023 ballot.

Republican T.K. Waters has defeated Democrat Lakesha Burton, 55% to 45%, in the race for Jacksonville Sheriff, in yet another big GOP win Tuesday.

Waters, the retired chief of investigations, will be the third straight elected Republican Sheriff and the second Black Sheriff in Jacksonville history.

Fundraising was strong for both candidates, with Waters wresting the advantage from Burton by the end of the campaign.

Burton had to spend more of her money to get to the General Election than did Waters, as three Democrats ran in the August Primary, with Waters the sole Republican in the field.

The internal politics of the Jacksonville Sheriff’s Office (JSO) are against her. She balked at attending a Fraternal Order of Police (FOP) debate. Weeks later, defeated Democrat Ken Jefferson, who came very close to winning the Sheriff’s election in 2015, would endorse Waters at the FOP HQ. The brass joined the union in disrespecting Burton. Interim Sheriff Pat Ivey objected to Burton displaying JSO-branded gear in her ads.

Arguably the most significant endorsement for Waters was that of Gov. Ron DeSantis. Though pressed to appoint Waters sheriff earlier this year, the Governor demurred, endorsing him while appointing Ivey to the role.

DeSantis closed strongly in Duval and elsewhere, and Burton couldn’t count on that support from her side.

Even after Souls to the Polls closed early voting Sunday, Republican turnout exceeded Democratic performance. The GOP would only stretch that edge on Election Day.

The November election sets up an abbreviated term for the winner, who will finish out Williams’ tenure. The office will be on the ballot again in March 2023, and qualifying for that race is in January.