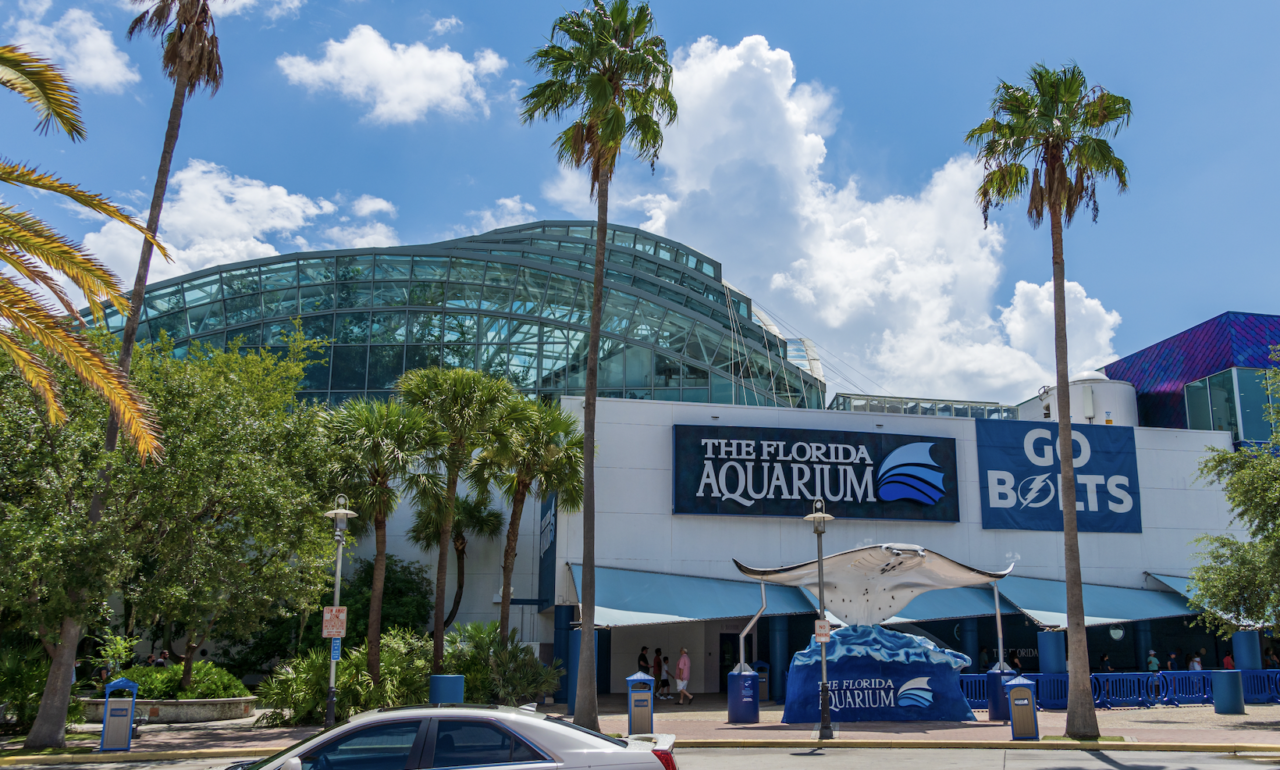 The Florida Aquarium’s board of directors approved Couris’ appointment unanimously.

Tampa General Hospital (TGH) President and CEO John D. Couris has been named board Chair for the Florida Aquarium, the nonprofit announced Friday.

His appointment comes as the downtown Tampa aquarium adds new guest experiences and looks forward to new expansions on the horizon.

The Florida Aquarium’s board of directors approved Couris’ appointment unanimously.

“This is a breakthrough time for The Florida Aquarium, with brand new guest experiences opening today and a $40 million expansion launching soon to add sea lions, puffins and more — having one of Tampa Bay’s leading business minds and recognized national health care leaders serving as our Board Chair adds another level of energy and expertise,” Aquarium President and CEO Roger Germann said in a statement.

Couris has led Tampa General Hospital since 2017 and joined the Florida Aquarium’s board of directors in 2019. He’ll serve a two-year term as board Chair and succeeds outgoing Chair Kimberly Bruce of CIBC Bank USA, who helped lead the organization through challenges associated with the COVID-19 pandemic.

Couris began his term Thursday, celebrating the opening of the Tampa General Hospital Animal Health Care Center, an expanded partnership between the hospital and the Florida Aquarium that brings guests a behind-the-scenes look at animal treatments, education and inspiration.

“It is an exciting time to (be) stepping in to help lead The Florida Aquarium,” Couris said.

“Their unwavering commitment to our natural world and their contribution to the greater Tampa Bay region, married with their exceptional leadership and team, make them a truly outstanding institution, and I am honored to continue my work with them in this capacity. In addition, I look forward to further enhancing the partnership between the Aquarium and Tampa General.”

The Aquarium also opened on Thursday its reimagined Shorelines Gallery, which captures the diversity of life between water and land. The gallery was transformed from the former Bay and Beaches area as part of a $1.2 million investment, with significant sponsorship from DEX Imaging CEO Dan Doyle and the Doyle family.

“Because of the support we’ve received from TGH, guests will be able to look right into the Tampa General Hospital Animal Health Care Center from a viewing window in Shorelines,” Germann said. “They’ll be able to see our amazing team caring for animals and using medical science to improve our world. When we create those special moments, we’re inspiring the next generation of scientists and caregivers.”

In addition to being a premier entertainment venue in the Tampa Bay region, the Florida Aquarium also is an active participant in conservation efforts through positive environmental stewardship. The nonprofit organization conducts research and rescue efforts that help restore Florida’s sea turtle and coral populations and to protect shark populations.

In 2019, the Aquarium was the first to successfully spawn critically endangered pillar coral in a laboratory. It is ranked the No. 3 aquarium in North America by USA Today’s 10Best Readers’ Choice Awards.

previousElection 2022: The Legislature will have more Black GOP lawmakers in both chambers