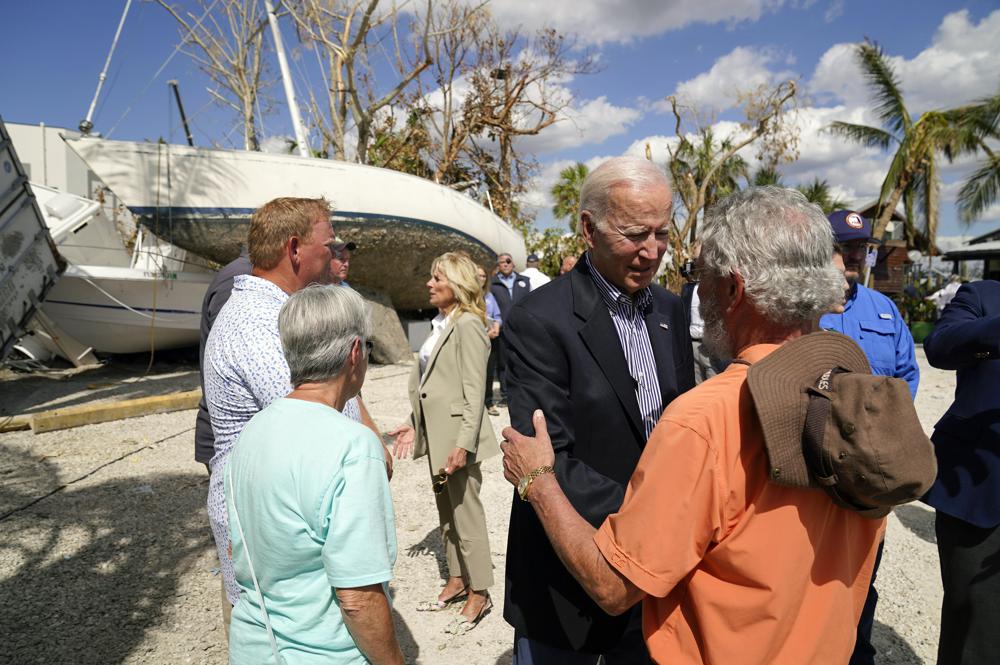 An order form the President also allows for 100% reimbursement on many storm-related costs.

The move comes as federal officials report nearly $3 billion in federal grants, loans and flood insurance payments have been issued in Florida in relation to the storm.

An order from Biden issued Monday amends a federal disaster declaration first issued immediately after Hurricane Ian. The latest move lifts the reimbursement rate to 100% federal funding for debris removal and emergency protective measures and it extends the time period when costs are covered to Dec. 7.

That covers expenses absorbed by the state of Florida dating back to Sept. 23, several days before the storm made landfall and during a time when the state took several steps anticipating the storm’s destruction.

Biden has extended the reimbursement period before, and before his order all spending through Nov. 4 was covered. The extension in time was anticipated, and many local and state officials have predicted the federal government would expand and extend reimbursement periods.

As on Monday, the Federal Emergency Management Agency (FEMA) reports more than $2.97 billion has already been sent to Florida.

That includes $769 million paid by FEMA directly to households and $358 million to the state of Florida. The Small Business Administration has also provided $1 billion in disaster loans, while the National Flood Insurance Program has paid out $793 million in claims.

Many expect the full recovery costs of the storm will tally high enough to make Hurricane Ian the most expensive storm in U.S. history.