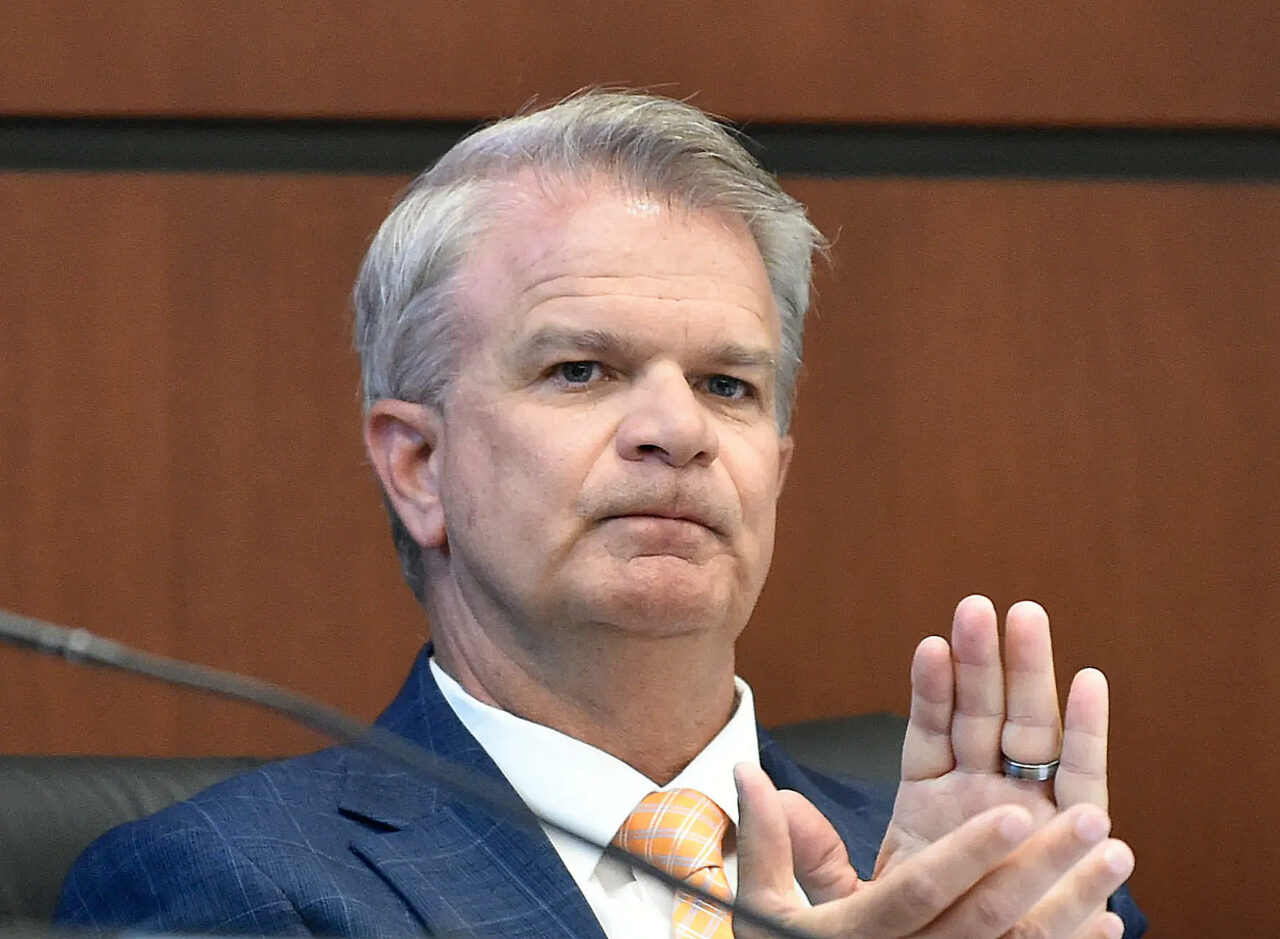 Brennan Asplen wasn't fired Tuesday, but the writing is on the wall.

Procedural concerns have delayed any resignation or termination by Sarasota County’s Superintendent. But a tense, late-night meeting made clear Brennan Asplen’s time with the district will be short.

“I have a feeling I’m going to get fired tonight because I can’t hold this back,” Asplen said six hours into a Tuesday meeting. The remark and a subsequent tirade came a week after the School Board raised firing the Superintendent as its first action after two new School Board members were sworn in.

One of those members, Tim Enos, previously worked for Asplen as the school district’s Police Chief. He called Asplen a “great guy” but said voters on the campaign trail were demanding change in the district when they elected a new conservative majority.

“I know he’s committed to kids,” Enos said. But he argued a series of issues, including the district refusing donations of books to the district while citing a state law allowing the contesting of instructional materials showed poor judgment.

The School Board set the Tuesday meeting to discuss firing Asplen without cause. But School Board member Tom Edwards raised Sunshine Law concerns over the 4-1 vote to schedule the meeting shortly into an earlier organizational meeting. He also pointed out that the Board never voted to authorize negotiation of a separation agreement or resignation by Asplen, creating more potential legal problems.

Despite the absence of that vote, Asplen said he was contacted a day after the recent organizational meeting and encouraged to hire legal counsel to negotiate a severance package over the Thanksgiving holiday weekend. This week, Asplen put out a lengthy statement saying he knew he would separate from the school district.

Sarasota County School Board Chair Bridget Ziegler said she was surprised the new Board would discuss firing Asplen so soon. But she voted to hold the meeting. She also criticized Asplen’s handling of the situation.

“I can’t imagine as CEO of this district that behavior being allowable downstream,” she said.

Edwards, a lone vote against any scheduling of termination or separation talks, said the new majority was following a template seen with Moms For Liberty-supported Boards across the country.

“Anything I have heard here is but a rationale for a political agenda,” said Edwards, now the only registered Democrat on the Board. School Board elections are nonpartisan, but the August elections moved the board from a 3-2 Democrat majority to a 4-1 Republican makeup.

Asplen at the meeting notably said he ironically was a conservative Republican, and doesn’t see eye to eye with Edwards on politics. But he suggested the new Board quickly politicized district business in a way that could impact students and implementation of a strategic plan for improving performance in one of the state’s strongest performing school districts.

School Board member Karen Rose, who has pushed most aggressively for Asplen’s termination, said performance in testing and other matters has slipped under the Superintendent. She also argued communication has deteriorated.

Asplen said Rose, a former district level administrator and principal, has more accountability for district performance than he should bear after less than two years on the job. He also asserted Rose was the source of communications problems between himself and the board member, accusing her of limiting one-on-one conversations to short phone calls after the August elections.

Regardless, Rose was the only Board member to raise the prospect of firing Asplen with cause. She pushed for the district to formally and properly begin negotiating a separation process with Asplen. If that cannot be achieved quickly, she said the Board should act to fire Asplen without cause.

“I do feel an adversarial relationship,” she said.