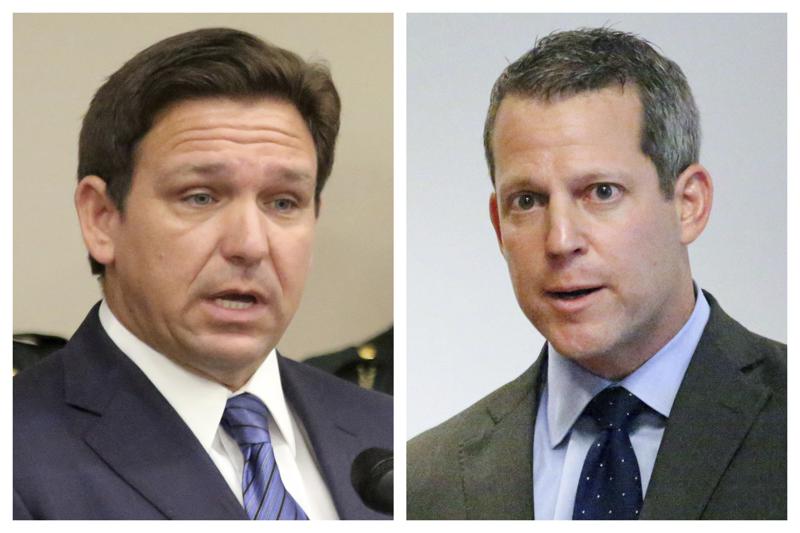 'I suspect every state official in this state, especially those elected as Democrats, are watching this trial.'

The first round of the legal battle between Gov. Ron DeSantis and Andrew Warren, the Hillsborough County State Attorney he suspended in August, ended Thursday, but the dispute could drag on for months.

After each side gave closing arguments in the case, U.S. Judge Robert Hinkle of the Northern District of Florida said he hasn’t made up his mind and would likely take at least two weeks to render a decision. And that decision could trigger an appeal, especially if he rules in favor of Warren, who is asking to be reinstated as State Attorney.

George Levesque, DeSantis’ attorney in the case, asked Hinkle to stay any ruling against them, and Hinkle said he would likely give each party time to appeal to the 11th Circuit Court of Appeals for a stay pending appeal.

DeSantis suspended Warren on Aug. 4, citing two pledges Warren signed not to prosecute abortion cases or any instance of a doctor performing a gender reassignment surgery on a minor, as well as two internal policies in Warren’s office not to prosecute low-level misdemeanors unless public safety was at risk.

Warren was elected to the State Attorney position in 2016 and re-elected in 2020.

Much of the action in the three-day trial centered on DeSantis’ motivation for the suspension. Was it to sideline a Democratic prosecutor who has major policy disagreements with DeSantis? Or to ensure the law was upheld and that blanket pledges not to enforce certain crimes didn’t lead to “lawlessness” in the district?

Earlier in the day, Gary Wiseman, Warren’s Chief of Staff who stayed on in that role after his suspension, was called by DeSantis’ attorneys. He testified he believed the pledge Warren signed not to prosecute abortions was an official policy of the office. On Wednesday, two other members of Warren’s senior staff testified they didn’t think it was an official policy.

Jean-Jacques Cabou, Warren’s attorney, pointed to an interview Warren did with local Tampa media four days after signing the abortion pledge in June where he stressed each case would be evaluated on its own merits before a decision was made.

Later on, Ryan Newman, DeSantis’ General Counsel who helped draft the executive order suspending Warren, said he thought that was a mere “disclaimer” and the pledge would mean no abortion cases would ever be brought.

“I just think there’s a fundamental incongruence between what he pledged and what he said he would do,” Newman said.

Cabou countered that no abortion case ever reached Warren’s office for a decision and no abortion-related case was investigated by law enforcement in Hillsborough County.

Cabou declared they had proved DeSantis acted with partisan intent, citing his interview with Fox News personality Tucker Carlson the night of the suspension, in which DeSantis mentioned “Soros prosecutors,” a group of prosecutors backed by George Soros, a financier of liberal and progressive causes.

Another Warren attorney, David O’Neil, also spoke of the “chilling effect” the move could have on elected officials, discouraging them not to speak out on major issues of the day, if it is upheld.

“I suspect every state official in this state, especially those elected as Democrats, are watching this trial,” O’Neil said. “If Mr. Warren’s suspension is upheld, what other elected official will speak out on these issues?”

Levesque argued DeSantis was solely interested in ensuring the law was being enforced and that Warren’s decision to sign the abortion pledge wasn’t just speech but something that impacted his decisions in office, and one that could erode enforcement of the law.

If the suspension is upheld, the issue would likely go to the state Senate, which can determine whether to formally remove Warren from office or reinstate him. After the November elections, Republicans hold a 28-12 advantage over Democrats in the Senate.

previousSunburn — The morning read of what’s hot in Florida politics — 12.2.22

nextJeb Bush warning to Florida: 'We're resting on our laurels'