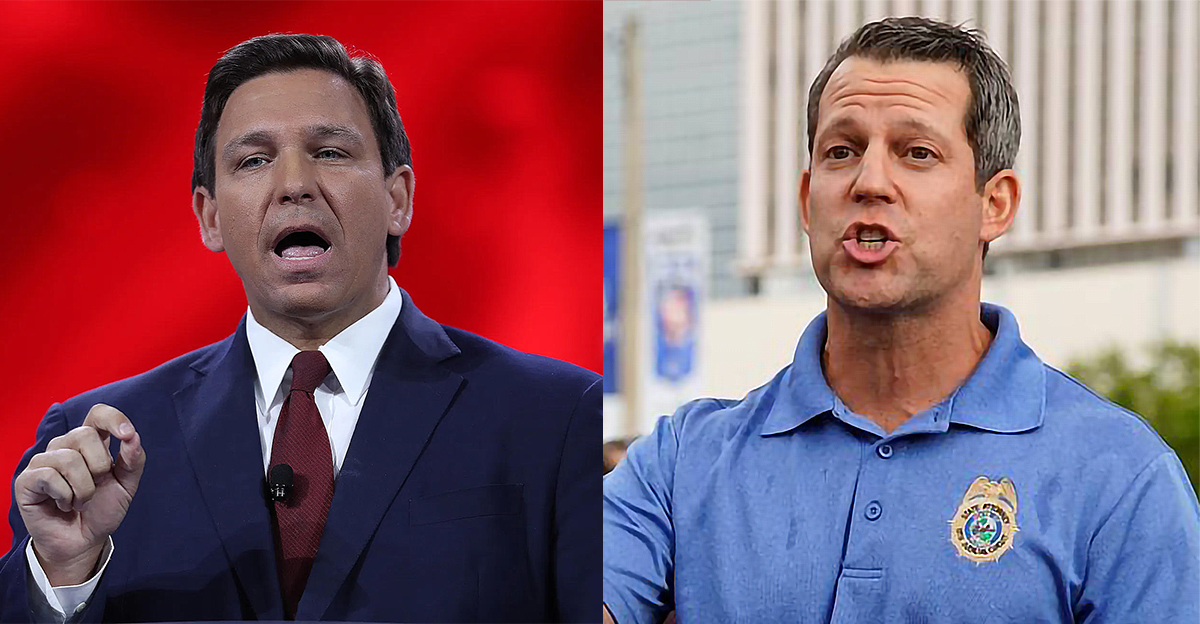 Suspended Hillsborough State Attorney Andrew Warren took the stand Tuesday as a federal court seeks to answer whether Gov. Ron DeSantis had the right to suspend Warren after the rising Democrat signed a pledge against prosecuting abortion-related cases.

The trial, which began Tuesday, comes after Warren accused DeSantis of violating his right to free speech. Warren has also argued the suspension “suspended democracy” and overturned the will of Hillsborough County voters, who have elected and re-elected him as State Attorney for the 13th Judicial Circuit.

DeSantis suspended Warren on Aug. 4, citing his signing of a pledge not to prosecute abortion-related cases after the U.S. Supreme Court issued its ruling leaving abortion issues to the states.

DeSantis and his lawyers have argued that pledge, and another against prosecuting doctors who provide gender-affirming care to minors, constitute a “neglect of duty” and “incompetence,” two reasons a Governor can suspend a local elected official under the state constitution.

Florida doesn’t currently have a law banning such treatment, as Judge Robert Hinkle noted during the first day of the trial. However, attorney George Levesque, representing the Governor, said Warren’s blanket statements are indicative of his misunderstanding of the law and incompetence.

After each side presented their opening statements, Warren spent two hours testifying on his own behalf, fielding questions from his attorney. In his testimony, Warren went through his background as a federal prosecutor and made the point that the joint statements he signed on transgender issues and abortion were not policies of his office. His office provided no training along those lines, and it wasn’t in policy handbooks or official documents.

Levesque later questioned Warren about the pledges, which were organized by Fair and Just Prosecution, a progressive group dedicated to reforming the criminal justice system, and signed by dozens of prosecutors across the country.

He pressed Warren on whether the pledges were “blanket statements” making it a policy of his office not to prosecute criminal abortion or transgender care-related cases. Warren said the pledges were still in keeping with his office’s policy of using prosecutorial discretion based on the unique facts of each case. Warren also noted that no abortion-related case was ever referred to his office and no state law exists on banning transgender-related care.

Later in the day, DeSantis’ public safety czar, Larry Keefe, who reviewed all state attorneys to see if any weren’t enforcing state law and passed on Warren’s signing of the pledges to DeSantis and his office, took the stand. Under questioning from Warren’s attorney, Jean-Jacques Cabou,Keefe said he puts more weight behind Warren’s pledges not to prosecute certain classes of crimes than his “boilerplate” statements his office judges each case on its own merits.

Such statements harm law enforcement’s ability to protect the community and lead to “chaos and anarchy,” he added.

“You can’t have a prosecutor proclaiming … that certain laws are not going to be enforced,” Keefe said.

The trial continues Wednesday and is expected to run through the week.

Andrew Warren, the Hillsborough state attorney suspended by ⁦@GovRonDeSantis⁩ makes a short statement ahead of the trial in his suit challenging the suspension, set to begin this morning. pic.twitter.com/MuewXfGzsJ

Gray Rohrer and Renzo Downey of Florida Politics contributed to this report.

nextRomero Britto slated as next 'Special Ambassador' for Miami-Dade County