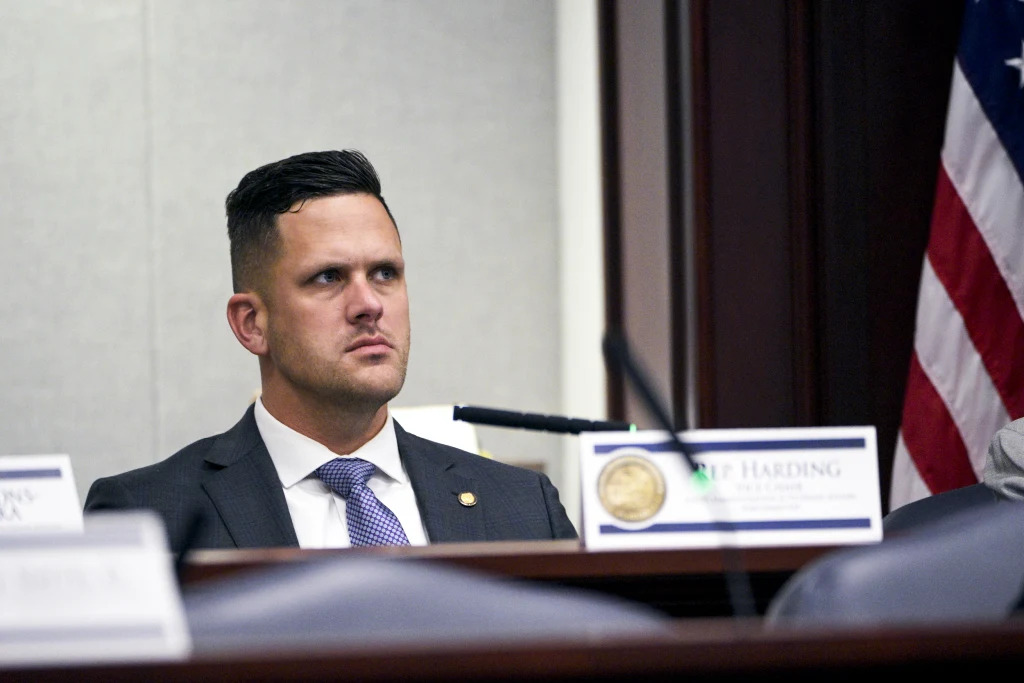 The indictment alleges Harding fraudulently obtained and attempted to obtain more than $150K.

The indictment alleges that between Dec. 1, 2020 and March 1, 2021, Harding committed two acts of wire fraud through a scheme to defraud the Small Business Administration (SBA) and by obtaining COVID-19-related small business loans through false and fraudulent pretenses.

“By this conduct, the indictment alleges that Harding fraudulently obtained and attempted to obtain more than $150,000 in funds from the SBA to which he was not entitled,” a U.S. Department of Justice wrote in a press release.

“Harding is also charged with two counts of engaging in monetary transactions with funds derived from unlawful activity related to his transfer of the fraudulently obtained (Economic Injury Disaster Loan) proceeds into two bank accounts, and two counts of making false statements to the SBA.”

“Today, I pleaded not guilty to federal charges that state I improperly obtained and used an EIDL loan issued by the Small Business Administration. I want the public and my constituents to know that I fully repaid the loan and cooperated with investigators as requested,” Harding said.

“On advice from counsel, I will be unable to say anything more specific about the legal proceedings until a later date and refer any questions or concerns related to this matter to my attorney. I ask that you keep me and my family in your prayers as we work for a fair and just resolution. Thank you, and my God bless you.”

A trial for Harding is set for Jan. 11, 2023 at 8:30 a.m. at the U.S. Courthouse in Gainesville. United States District Judge Allen Winsor will preside.

If convicted, Harding faces up to 20 years in prison for wire fraud, up to 10 years for money laundering and up to 5 years for making false statements.

According to Gary Fineout of POLITICO, Harding has already been released on bond, and the government did not look to detain Harding.

The indictment, the DOJ notes, is not evidence of guilt, which will be determined at trial. But Harding has already lost his committee assignments for the upcoming legislative term.

“After consultation with Representative Harding regarding his indictment, I am temporarily removing him from his committee assignments to allow him time to focus on this matter,” Speaker Paul Renner said Wednesday in a written statement.

“In America we adhere to the rule of law, and as such, Representative Harding is presumed innocent and will have the opportunity to plead his case before a court. Since the indictment does not relate to any aspect of his legislative duties, any further questions should be directed to his legal counsel.”

The Governor cannot remove a lawmaker from office, even if arrested. The Florida Constitution states that “each house shall be the sole judge of the qualifications” of members. To expel a lawmaker, each chamber needs a two-thirds majority vote.

Harding was first elected to the House in 2020 and subsequently re-elected this year, representing a portion of Marion County.

The Republican lawmaker is best known for sponsoring House Bill 1557, the Parental Rights in Education legislation which critics have labeled the “Don’t Say Gay” law. The Republican-led Legislature passed the bill this year and Gov. Ron DeSantis signed it. It took effect July 1.

“Those are serious allegations of corruption,” Equality Florida Executive Director Nadine Smith said in reaction to the indictment. “The courts will sort through that sordid mess but we know he’s made many false statements about the LGBTQ community. Florida parents are forced to navigate schools that are less safe for their children because Joe Harding’s political ambitions know no bounds.”

Walsh, an international blimp magnate, had used the money on a series of land buys, including the purchase of a private island in the Gulf of Mexico near Yankeetown. He is scheduled to be sentenced at the end of January.