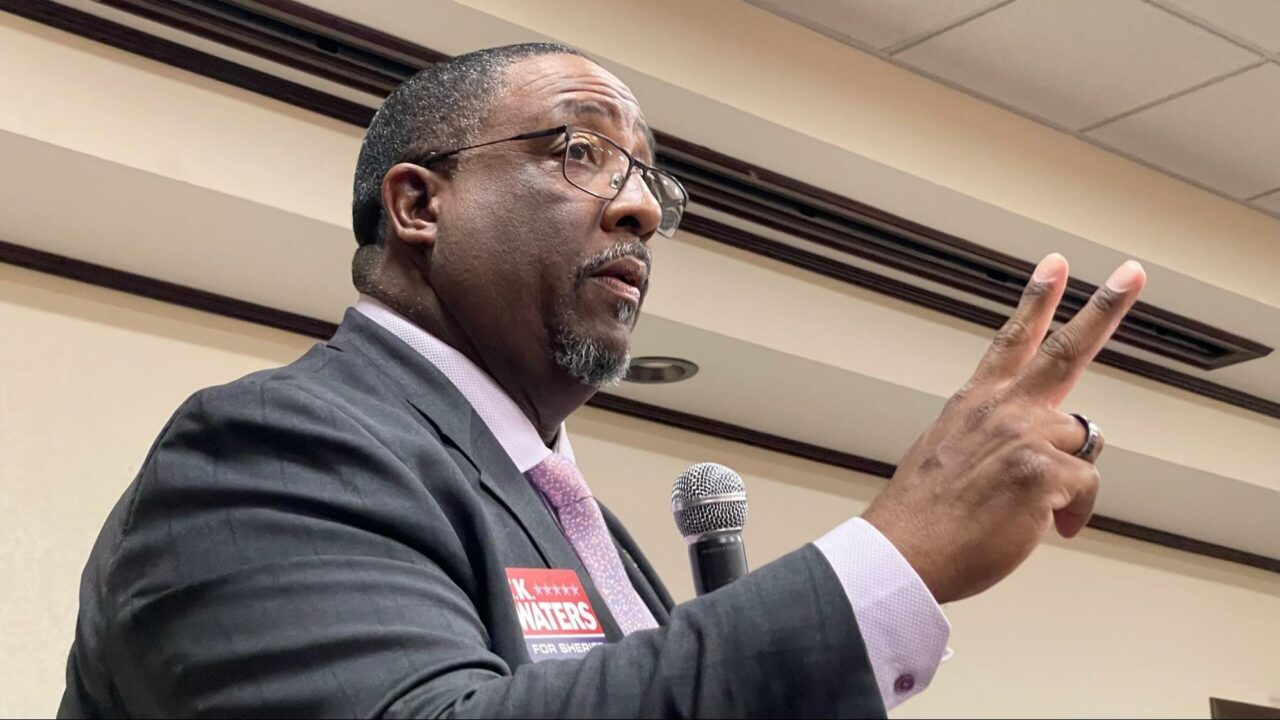 Though the Special Election for Jacksonville Sheriff last year was a spirited affair, it appears there won’t be a rematch of the November General Election.

Democrat Lakesha Burton, who lost to incumbent Republican T.K. Waters in November, told Action News Jax’s Jake Stofan Wednesday that she was ultimately not going to run against Waters a second time.

Burton filed last week to run again for Jacksonville Sheriff, but ultimately will not qualify for the ballot, leaving Waters alone in the field just two days before the qualifying deadline.

It was unclear if she had a path forward. A poll in the field from the Waters camp showed the incumbent with a 19-point lead, nearly doubling the margin two months ago.

Waters was elected to fill a vacancy created by Mike Williams, who resigned amid a reported residency violation, and replaced interim sheriff Pat Ivey. Gov. Ron DeSantis endorsed Waters at the same time he made the interim appointment.

Fundraising was strong for both candidates in 2022, with Waters wresting the advantage from Burton by the end of the campaign.

Burton had to spend more of her money to get to the General Election than did Waters, as three Democrats ran in the August Primary, with Waters the sole Republican in the field.

The internal politics of the Jacksonville Sheriff’s Office (JSO) were against her. She balked at attending a Fraternal Order of Police (FOP) debate. Weeks later, defeated Democrat Ken Jefferson, who came very close to winning the Sheriff’s election in 2015, would endorse Waters at the FOP headquarters.

Waters may not be the only countywide candidate to win an election without a fight. Supervisor of Elections candidate Jerry Holland has no filed opposition, and neither does current Tax Collector Jim Overton.