Jeb Bush largely above GOP primary fray, but for how long? 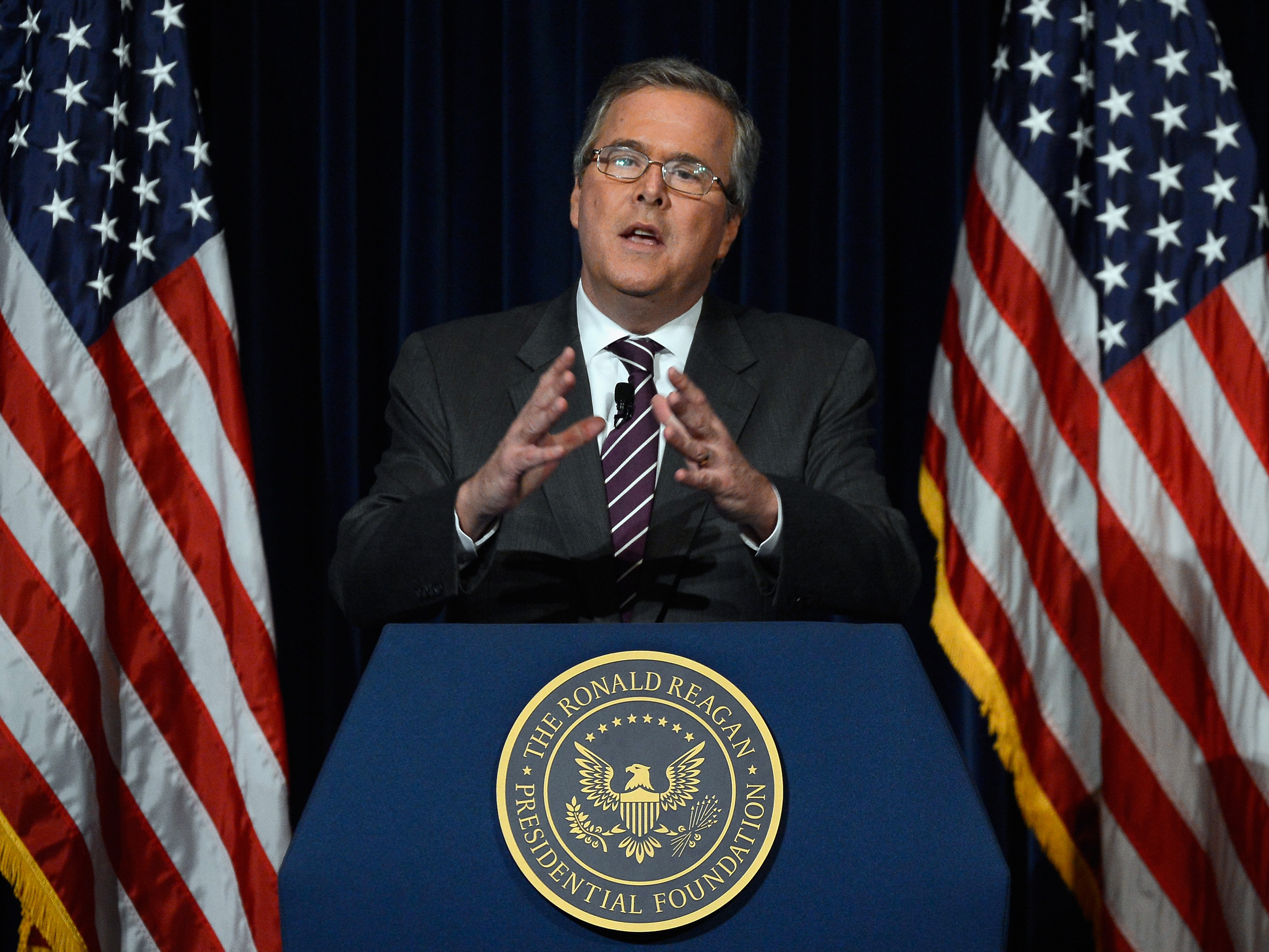 The 2016 Republican presidential pre-primary hasn’t exactly been the most genteel affair, with Rand Paul and Marco Rubio trading barbs over Cuba and Mitt Romney experiencing a brief flash of rigor mortis before our eyes, but Jeb Bush has so far seen fit to show more velvet glove than iron fist, writes Michael C. Bender in Bloomberg:

So far, Bush has been content to let it all slide, refusing to take the bait from traps that Republican Senators Ted Cruz and Rand Paul and Louisiana governor Bobby Jindal and New York businessman Donald Trump have been laying for the past several months. But that’s a strategy in itself: Bush, speaking last week in Detroit, said he was hopeful that presidential candidates would focus on their own accomplishments, and not attack others. In a way, it’s a rose-garden approach, not dissimilar to the one currently being followed by Hillary Clinton. The calculus may be that attacking these rivals would bring him down to their level.

But there’s risk in delaying a response for too long. “An attack left unanswered and unchallenged is an attack confirmed,” Steve Schmidt, chief strategist for Republican presidential candidate John McCain‘s 2008 campaign, said in an interview. “Jeb Bush can delay the confrontation, but he can’t postpone it forever.”

Bush’s return volley may be coming soon. He’s scheduled to address the CPAC conference later this month in Washington, a lion’s den of conservative activists who enjoy a vivid show from their candidates. Last year, for example, then-Senate Minority Leader Mitch McConnell brandished a rifle on stage and Herman Cain, in 2012, used the spotlight to argue that liberals’ main objective was to destroy the country. The group has, however, included pro-amnesty speakers at panels in years past, a decision that has irked Republicans like Representative Lamar Smith of Texas. CPAC is liable to be a defining moment in Bush’s prospective campaign — it’s a setting where he won’t be able to avoid his disagreements with the party’s conservative wing.

But as Bush’s campaign coffers grow and the attacks mount, many in his campaign will develop an itchy trigger finger. Though the national GOP has truncated the debate season to avoid the dozens of television spectacles politicos were treated to in 2012, there’s no doubt this will be another live one, even as Jeb continues, for the most part, to play the part of the magnanimous frontrunner:

“People will hopefully focus on what they’re for,” Bush added, “and not to tear down the other people all the time. I just don’t see how that’s productive. People are tired of it. And the disunity that exists is because people are being preyed upon. Their anxieties are being preyed upon by people that are kind of constantly sticking their finger through the TV set saying, ‘This is bad, you’re bad,’ or whatever. And I don’t think you can govern effectively and solve problems.”