Susan Clary: Dems must rally behind winner or risk repeat of 2002

Charlie Crist announced Monday (Nov. 4) that he once again is a candidate for Florida governor.

He has been expected to announce his run since last year’s presidential race when he campaigned for President Obama and spoke at the Democratic National Convention.

In anticipation, the Republican Party of Florida launched an anti-Crist website – This Day in CRISTory. The site highlights Crist’s positions as a Republican and his record as governor.

Polls show Crist and Nan Rich, the other Democratic candidate for governor, leading Gov. Rick Scott. You can be sure the Governor and the Republican Party will use their considerable resources to increase Crist’s negative ratings to help overcome Scott’s disadvantage.

Does this race remind you of anything? In 2002, Democrats thought they had a chance to defeat Jeb Bush.

Bush, who defeated Buddy McKay in 1998, faced some of the same challenges Scott faces today. He was perceived as a Tallahassee outsider, having never served in elected office though he had been secretary of commerce for two years.

Bush’s governing style rubbed some the wrong way, including Republican members of the Legislature. His education reforms based on high-stakes testing, his plan to end affirmative action by Executive Order – One Florida – and his involvement in the 2000 election, which handed his brother the presidency, were going to be the fuel to light the Democrats’ fire in 2002. It didn’t happen.

After a bitter primary between the late Bill McBride, former Attorney General Janet Reno and State Sen. Daryl Jones, McBride edged Reno in the primary. His campaign faltered in the general election with poor performances in televised debates. Bush won re-election 56 to 43 percent.

Next year looks to become a repeat of 2002. Most of the Democratic establishment will fall behind Crist while hardcore party followers support Rich, who has been in the race since 2012.

Rich has been criss-crossing the state attending Democratic Party functions and building a base of volunteers and supporters, but not much money.

Midterm elections are not a strong suit for Democrats in Florida. Many voters who came out for Obama may stay home in 2014.

Not even the fear of four more years of the unpopular Governor is enough to propel people to the polls. Democrats need to band together now and start knocking on doors or history will repeat itself. 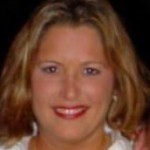