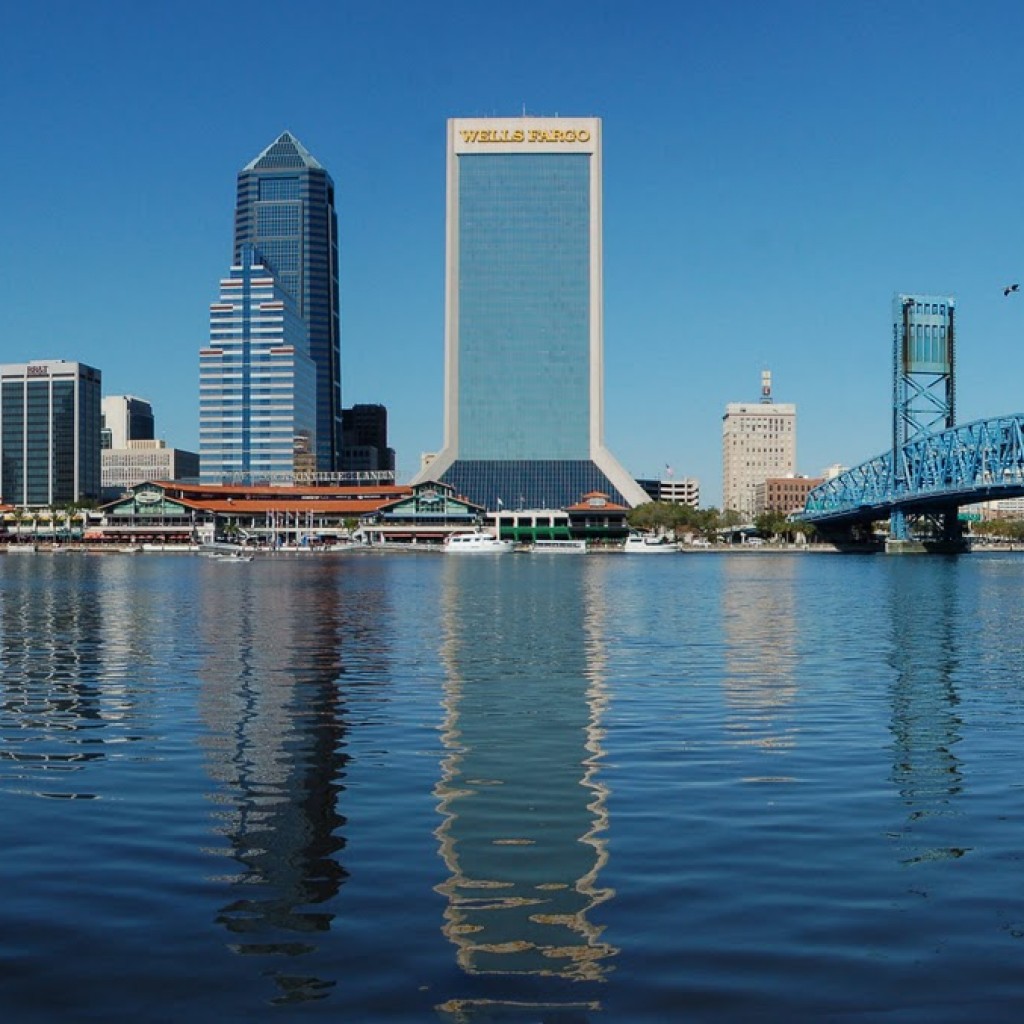 With the Mayor’s Office, the Sheriff’s Office, and eight city council seats up for grabs on Tuesday evening, there’s no shortage of winners and losers emerging from Jacksonville’s elections. In some cases, they’re pretty obvious; in other cases, they bear explanation.

Robin Lumb — The Duval GOP chairman, who took over the local party about five months ago, enforced message discipline while finding a way for his party to win six out of eight elections. Much of what he has managed to do likely will never be reported, but that’s sort of the point for a party chair. Lumb laid the groundwork for a Republican night and a Republican next four years, to be led by a mayor who is young and intends to be transformational.

John Rutherford — Though it looks as if the Jacksonville sheriff is going to run for Ron DeSantis‘ U.S. House Seat, Rutherford was at the center of the 2015 campaign in Duval County, sparring with Mayor Alvin Brown about budget allocations and Brown’s apparent inability to meet on a regular basis with Rutherford. Brown, at both city government and campaign events, went on the offensive against the three-term sheriff, who ended up endorsing Sheriff-elect Mike Williams and becoming central to the campaign of Lenny Curry.

JAX Chamber — The Chamber put a lot of emphasis on its endorsements this time around and they paid off big, as JAXBIZ–backed candidates won seven of nine races. The Chamber picks were Republicans and Democrats alike, including new Councilmembers Joyce Morgan, Reggie Gaffney, and Tommy Hazouri. What does it mean for Jacksonville? There will be a solid base of Chamber-approved people in city government, which will lead to potential movement on socially liberalizing policies such as the passing of an anti-discrimination ordinance for LGBTs.

Brian Hughes — They said he was too negative. They said he was too strident. Those who complained about his incessant and unrepentant messaging on behalf of Curry over the course of the past 12 months might still be complaining, but no one is listening. Hughes won many more news cycles for his candidate than any communications person on the other side did for Brown. He did so by always being willing to take the heat for his candidate, allowing Curry to keep it positive and issue-oriented while working in the trenches for his candidate and taking more than his share of the slings and arrows of fortune.

Brian Swensen — The former RPOF political director managed the type of Republican campaign that can win in Jacksonville. He built unlikely coalitions and reached out to minority groups and parts of the community neglected during the 2011 Mike Hogan campaign. Swensen told Florida Politics that he got to run the campaign that he wanted, and in conjunction with the state and national Republican parties, he won the first proxy battle of the inevitable bloodbath of the 2016 campaign.

Marty Fiorentino and Michael Munz — The two key establishment figures were central to Curry’s inner circle. They advocated for Curry behind the scenes as much as they did publicly. From fundraising to making sure the media didn’t tilt against their candidate, they were the quiet heroes of the Curry effort. Their reward awaits them.

Tim Baker — He’s not someone who gets quoted in the media, but Baker was instrumental in doing much of the behind-the-scenes work of the campaign. He didn’t need this campaign to make his reputation, but it certainly doesn’t hurt.

Jenny Busby — The 25-year-old campaign manager for Hazouri, the leading vote-getter in any Duval County race, is a force to watch in the Democratic Party. Strong rumors have her moving into city hall to work as the new at-large councilman’s legislative assistant. Smart Democrats, though, will want to pick her brain for insight about how her unrepentantly liberal candidate won on a night that was otherwise Republican by every other meaningful metric.

Kevin Doyle — He did a lot of the behind-the-scenes work for the unrelentingly positive Anna Brosche campaign that never went negative against the terminally flawed Kimberly Daniels. Brosche deftly moderated her position on the Human Rights Ordinance and successfully reconnected with some of the more socially conservative elements in the Duval GOP. Brosche almost certainly will have eight years on council, and has a bright future. Doyle can be credited with the behind-the-scenes work on that.

Nate Monroe and David Bauerlein — Monroe covered the Curry campaign for the Times-Union; Bauerlein, the Brown side. Together, they managed to weave a compelling and nuanced narrative about the mayoral race. Monroe broke the story that started the whole campaign off: the blockbuster scoop where Peter Rummell lambasted Alvin Brown for having “wimped out.” Bauerlein, one of the most consistent and fair reporters in Jacksonville, had access to Mayor Brown that few had.

Peter Rummell — For the second straight election, he picked the mayor.

Angie Nixon — The Alvin Brown operation, for the most part, is covered below. But his loss had nothing to do with Angie Nixon, who orchestrated the best GOTV parties for any candidate this cycle.

Duval Democrats and Florida Democrats — As the mayoral election looked less like a sure thing for the Democrats, some worrying trends emerged for the party establishment. The Florida Democrats reportedly attempted to pressure Hazouri into appearing on a mailer with Brown that would be sent to the Jacksonville Beaches, where Hazouri was in a dead heat with Geoff Youngblood and Brown was performing poorly in every poll. Team Hazouri said no go, and that nettled the state party. Meanwhile, certain city council campaigns were under pressure to devote finite resources to the mayoral re-election effort from the Duval Democrats. You can’t spell dysfunction without a D, and that spells trouble for party Chairman Neil Henrichsen, who has been described, fairly or not, as less-than-engaged by certain Democratic activists. Is a leadership change imminent?

Bill Bishop — While many other Republicans — including Jimmy Holderfield, Rob Schoonover, Ray Holt, and Stephen Joost — crossed party lines to endorse Democrats, Bill Bishop is a special case. After the March election, Bishop gave a press conference to say he was endorsing neither Brown nor Curry for mayor, and that he was going to run in 2019. Soon after, Bishop’s former campaign managers moved over to Brown’s team, making $10,000 to run social media, which included an email from the Bill Bishop for Mayor campaign that seemingly endorsed Brown. Then Bishop himself endorsed Brown, amid speculation that the mayor had offered him a job, and charges from Curry that Bishop lobbied for a position in his administration as a condition for endorsement. Bishop and Brown campaigned together frequently in the couple of weeks before Tuesday night’s election, making themselves fixtures in the Riverside area, where Bishop drew his strongest support. Now that Brown has lost, where does Bishop go? Curry could forgive the outgoing councilman, but can the mayor-elect trust him, given that Bishop has already abandoned him once?

Kim Daniels — Many candidates lost elections on Tuesday. No one, though, lost with less honor or dignity than Daniels, who accomplished nothing of import on council, and whose bizarre divorce filing raised questions about everything from her residency to her alleged abuses of the G.I. Bill and her church’s nonprofit status. Rules Committee Chairman Bill Gulliford strongly considered a council investigation of Daniels’ dealings, but hoped the election would render it moot. He got his wish.

Yianni Varonis — The second spokesman for the Brown campaign got his wish. He succeeded where the departed Fabien Levy failed, and got Brown to move left in terms of rhetoric just in time for early voting. That led to some awkward moments, such as in the third debate when Brown fielded a question on violent crime by talking about the need to increase the minimum wage and to foster gender equity in pay. The communications shop never quite got clicking for Brown, which left it to senior city hall staff to try to bridge the gap during their off time. There probably wouldn’t have been enough of that for them to fix the problems noticed by most who were paying attention.

RLS Group — What a long, strange trip it was for Rob and Jill Storey. With a barely six-figure budget, they managed to get Bill Bishop to 17 percent in the polls. After Bishop withdrew, they found their way onto Brown’s team as “hired guns” handling the social media, an effort that was roundly criticized. They managed to use the infamous “Who are we supporting now?” email to recycle a poison meme about Curry that they had been trying to shop to the media for months before.

Paul McCormick — One of the brightest minds in Jacksonville politics almost got Ken Jefferson over the hump. In the end, though, consistently effective negative campaigning via robocalls and TV ads undermined the creative stunts  McCormick orchestrated on part of his candidate, such as overnight sleepovers in high-crime areas. McCormick also had an advisory role on the failed campaign of Pat Lockett-Felder, though that was minor. McCormick went 0-2 on Tuesday night.

Toney Sleiman and Shad Khan — For the second straight election, local developer Sleiman backed the wrong candidate; think of him as the Anti-Rummell. Khan, meanwhile, has benefited from more than a little bit of civic largesse on his behalf, including the $43 million financing of scoreboards for a team that has been one of the worst in the NFL since he bought it a few years back. Khan was a heavy donor to Alvin Brown. Not that it did much good; his contributions were eaten up by staff overhead, and not spent on media buys as they probably should have been.