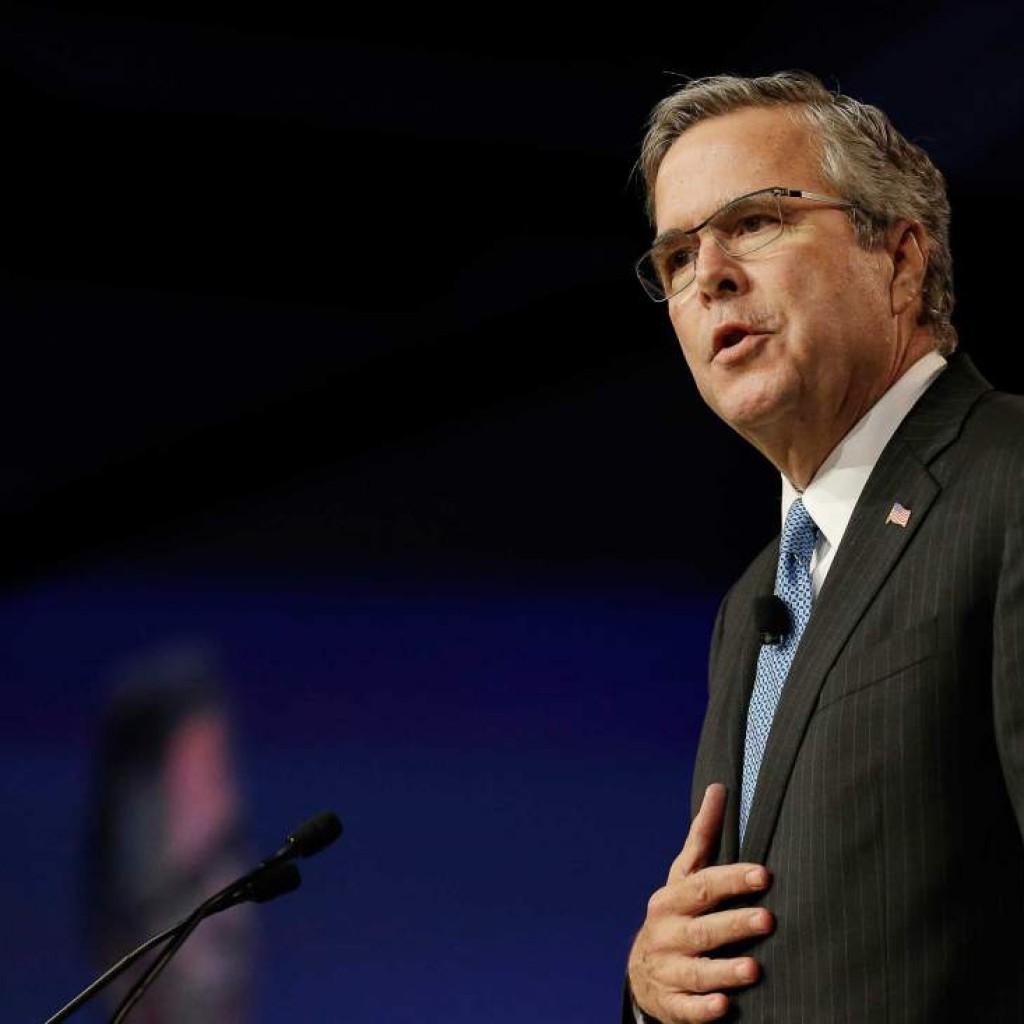 The political action committee that’s been raising money for Jeb Bush‘s nascent presidential campaign is expected to announce a prodigious fundraising number soon, perhaps as much as $100 million.

But that’s for his Right to Rise PAC. Now that he’s an official entrant into the 2016 GOP sweepstakes, the candidate can “only” raise $2,700 from individuals for his run for the nomination for president.

In a conference call with donors shortly after Bush announced his candidacy before an adoring crowd at Miami-Dade College’s Kendall campus, Heather Larrison, who runs the fundraising for the campaign, announced their “27 for 16” campaign, challenging “co-chairs” to help raise $27,000 by finding 10 people who can give the maximum $2,700 donation for Bush’s primary campaign by June 30.

For those donors who can do that, Larrison said they would be invited to the Bush family compound in  Kennebunkport, Maine for a special dinner on July 9.

Bush discussed his schedule for the next week, which begins Tuesday in New Hampshire and includes an appearance on “The Tonight Show” with Jimmy Fallon. “Hopefully, he’ll be kind to me.”

He’s also off to Iowa, South Carolina, Washington, D.C, and then ending this week in Tampa on Friday night at the Hillsborough County Republican Party’s Lincoln Day Dinner.

“And then the next week we start raising money, and we start campaigning hard, and the people who know me know I’m a pretty focused guy and I’m pretty competitive, so you don’t have to worry about the energy that I’ll bring to this,” he said.

Chief strategist David Kochel said each day on the campaign trail this week will have a specific theme, with an emphasis on the economy Tuesday in New Hampshire.

He said there will be lots of town halls in the mix, where Bush will welcome questions from anyone willing to ask them. “From supporters, from opponents, from people who are undecided, anybody who wants to challenge the governor’s views,” Kochel said.

“We need to accomplish in two weeks what other people have had two to three months to do” were Larrison’s parting words to the donors.