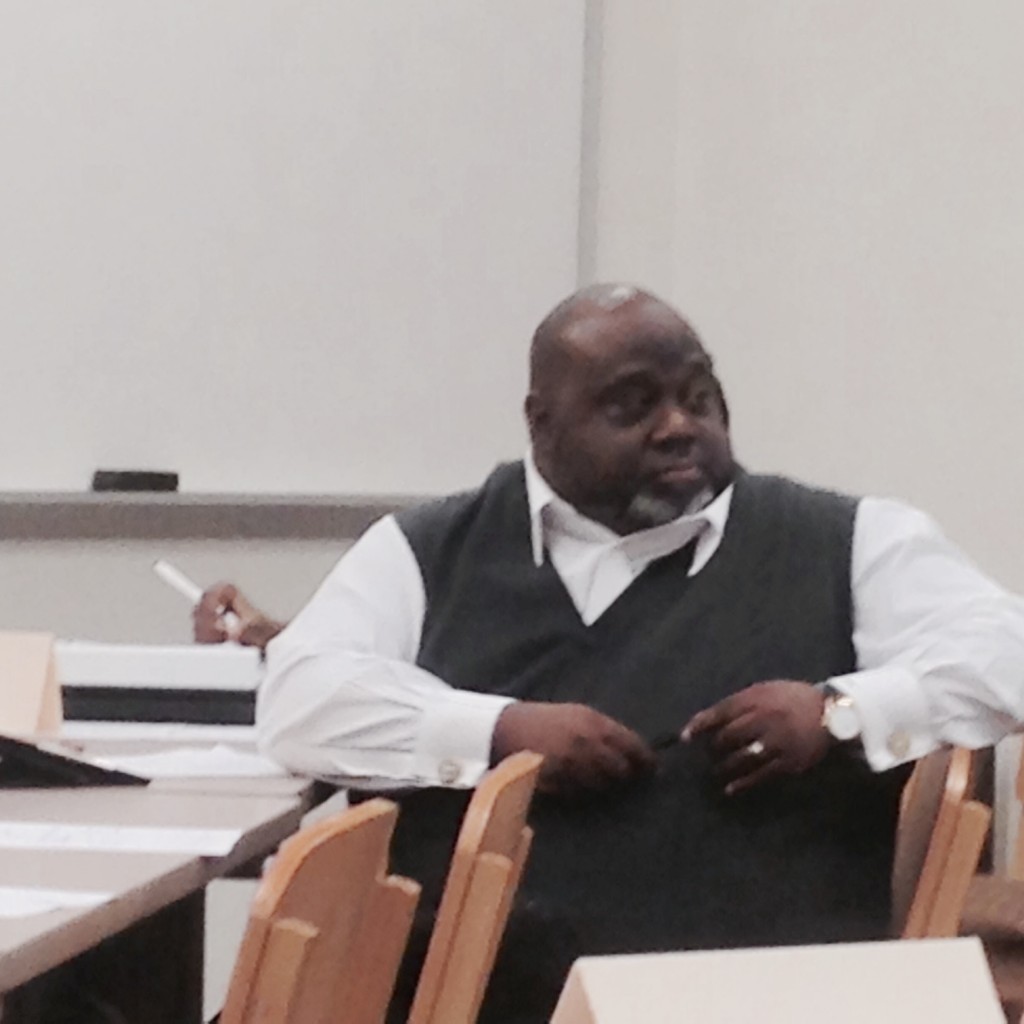 With just two days to go until Lenny Curry is inaugurated as Jacksonville mayor on Wednesday, the mayor-elect’s transition committees continued, albeit with some glitches, at Jacksonville University.

The Prevention, Intervention, and At-Risk Youth committee was hampered by some key no-shows. Co-chairs Johnny Gaffney and Paul Perez were absent. Thus, it was left to Jon Heymann, of the Jacksonville Children’s Commission, to serve as ad hoc chair.

Heymann spoke of a “Jacksonville Journey paradigm shift,” in which he advanced the proposition of restoring their authority (even though their budget may not be restored).

There is, of course, a standing Jacksonville Journey Oversight Committee, but its programs have, in the course of the Alvin Brown administration, been shifted to other departments in city government. Their oversight ability would be restored under Heymann’s proposal.

Sounds easy enough. Many in attendance, however, had things to say in response.

Still other committee members cautioned that people shouldn’t expect instant results, especially in the first year, given that “the mayor’s gotta get his feet on the ground” and that it will take some time to get full results.

Rashanda Jackson, another committee member, observed that agencies and departments would benefit from a more holistic understanding of what each group does. Heymann said that recommendations, not dictates, would be the fruit of this effort.

“There are programs in the religious sectors that do fabulous work,” said Jackson, who observed that “the power needs to lie with those agencies that are on the ground doing the work.”

Guns piggybacked her point, saying that tying the funding to reporting rather than less quantifiable (or quantified) “work” could lead to a misinterpretation of effectiveness.

“If we’re going to do this work,” he said, “we need to be aware of the programs that are out there. A lot of people who do this work don’t even know this meeting is going on.”

A Jacksonville police officer discussed how to remedy the historic hotspots of violent crime, an “evil climate” where many of those nonprofits operate to do their work in prevention and intervention of crime.

“We’re out there dealing with a criminal element. We don’t have a lot of time to sit there and read books to kids,” she said.

The emergent consensus, as Guns said, is making sure the program is viable.

“When you bury it and you see it, this ain’t data to you; this is lives,” he said. He there are issues ranging from the reality of law enforcement in certain neighborhoods to a literacy crisis in areas like Cleveland Arms. His church recently had an event there where books were given away to youngters “who saw them like a Christmas present because they don’t have books in their homes.”

Another issue brought up: mental health. Children who grow up in neighborhoods with shootings, said the police officer in attendance, are traumatized by what they see routinely, and there isn’t sufficient help now for them, a factor that perpetuates the cycle.

“From 2007 [the last major violent crime spike] to now, the difference is the age of the children. Kids are shooting kids,” the officer said.

An influx of police can decrease response time, however, relying on officers to be a “task force,” she said, was unrealistic.

Libraries, it was brought up, could be viable staging grounds for prevention and intervention initiatives.

Guns called for “everyone to be called on the carpet,” “to look at this whole system and maybe raise some real questions about where this money is going, who it’s going to … I have a real fear that we’re going to be back here in four years worse. Maybe this is God’s way of saying ‘Jacksonville, you have a window.'”

“It’s going to get worse as this summer goes on,” Guns said. “These kids are out of control. They ain’t afraid of none of us. We need to change the whole culture.”

Other initiatives discussed included increasing resources to the Jacksonville Children’s Commission and bringing back the Early Learning Book Club.

The group will meet one more time on Tuesday to discuss recommendations that could be voted upon.