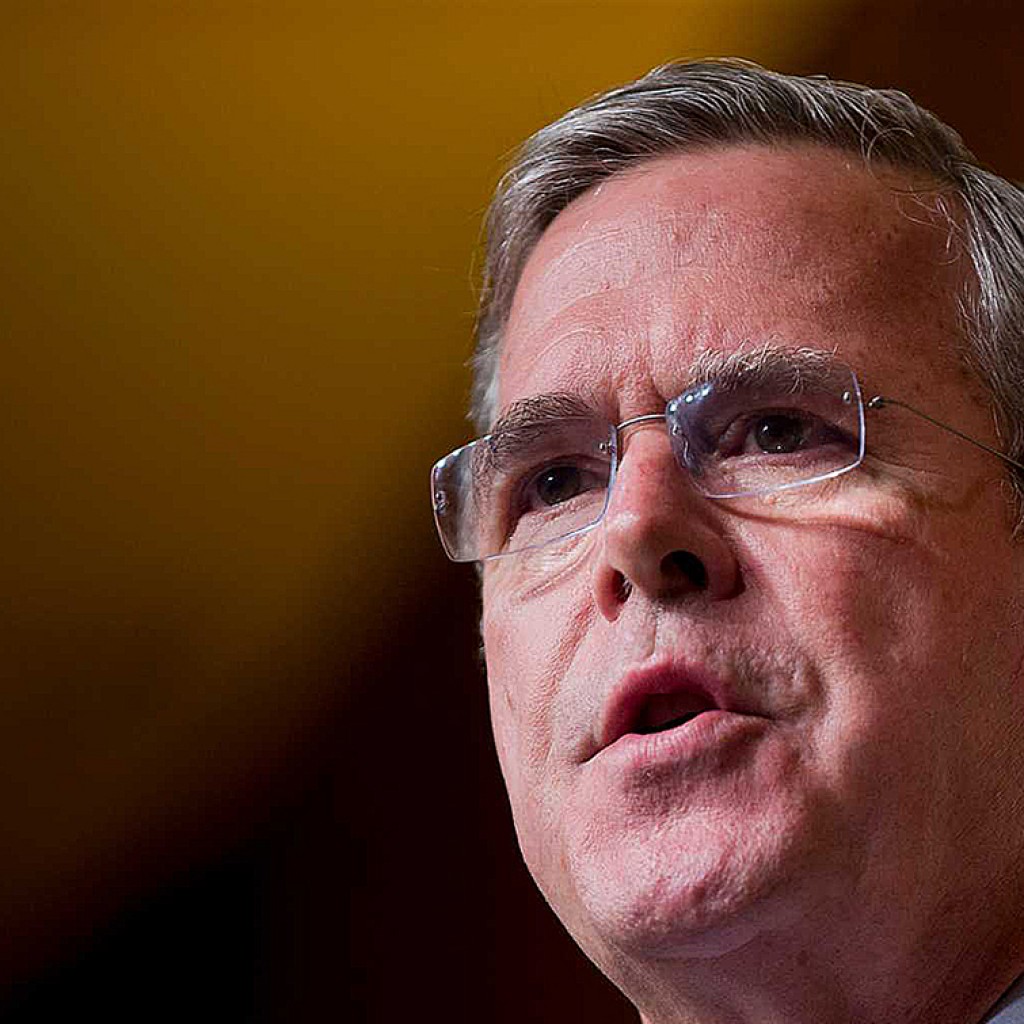 Big-time donors to a nonprofit educational group founded by Jeb Bush, disclosed for the first time Wednesday, highlight the intersection between Bush’s roles in the worlds of business, policy and politics years before he began running for president. Bush provided the names to The Associated Press.

After leaving the Florida governor’s office in 2007, Bush formed the Foundation for Excellence in Education, with a mission “to build an American education system that equips every child to achieve their God-given potential.” With Bush as president, the group attracted $46 million from donors through 2014.

That donor list shows the circular connections as Bush moved from governor to education advocate to corporate board member. Supporters in each of those stages of his career contributed to his educational foundation which, in turn, sometimes supported causes benefiting its donors. They include Rupert Murdoch‘s media giant News Corp., GOP mega-donor Paul Singer‘s foundation, energy companies such as Exxon Mobil, even the Florida Lottery.

The voluntary release of the donor names comes less than 24 hours after Bush took the unprecedented step of releasing 33 years of personal tax returns.

Both disclosures are part of a larger effort by Bush’s campaign to highlight transparency. The narrative aspires to help Bush stand out among the crowded GOP Republican field and provide a contrast with Democratic candidate Hillary Rodham Clinton. She has faced criticism about using a private email server and accepting donations from foreign governments through her family’s nonprofit while secretary of state.

As a leading presidential candidate, however, Bush himself is facing new scrutiny about the connections and background that could follow him into the Oval Office.

“If you wanted access to Jeb Bush, one of the ways to do it is to make a large donation to one of those foundations,” said Bill Allison, who until recently was a senior fellow with the Sunlight Foundation, a nonprofit that advocates for open government.

The Bush camp noted that, during much of the time the donations came in, he was not actively exploring a presidential bid.

“Governor Bush is grateful for and encouraged by the many individuals and organizations that share his passion and commitment to transforming education in America,” spokeswoman Kristy Campbell said. She said Bush is “committed to the highest levels of transparency.”

Until recently, the Foundation for Excellence in Education revealed the names of its donors only from 2012 to 2014. In response to an Associated Press request seeking the full list dating to 2007, the foundation released nearly every donor during its existence, encompassing 428 contributions, with just one or two of the 187 donors still remaining anonymous.

“Over the last eight years, we raised $46 million to advance proven reform policies at the state level to give more children the opportunity to rise up and achieve success in school and life,” Bush wrote this week as part of his tax return disclosure. “There is no issue more critical to our long-term success as a nation than transforming America’s education system, and I’m proud of the work my foundation has done to advance meaningful reforms to put us on the right path.”

The documents provided to The Associated Press show donors listed by range of contribution broken into eight categories:  with $5,000-$10,000 at the low end and $1 million and above at the top. The total does not include contributions below $5,000.

Education outfits such as Charter Schools USA, the publishing and education company Pearson PLC and Renaissance Learning were frequent contributors. So were financial groups and big businesses, with the Charles and Helen Schwab Foundation giving from $1.6 million to $3.25 million and the SunTrust Bank Foundation $300,003 to $750,000. Exxon Mobil Corp., Duke Energy and BP America made nine contributions combined.

Years earlier, following a series of 2005 hurricanes that battered Florida and other states, a BP public affairs official had written Bush: “And should you decide to run for higher office in the future, please know I would be there to help.”

His nonprofit even hit the jackpot with the Florida Lottery, receiving three donations, worth $10,001 to $25,000, from 2008 to 2010. A spokeswoman said the lottery doesn’t donate to groups, but instead sponsors events “to help raise awareness of the lottery’s contributions to education.” In all, the group said it supported six Foundation for Excellence in Education events during six years, worth $82,500.

The disclosures were also noteworthy because of who wasn’t among the donors.

While Hillary Clinton played a leading role in an organization that accepted millions of dollars from foreign entities, Bush’s group accepted money from just one international source. British-based Pearson PLC, which has a subsidiary in the United States, donated between $125,004 and $250,000, according to information provided by Bush’s team.

While Bush has released the donor list for this foundation, he has yet to do so for another educational nonprofit he founded after leaving the governor’s office, the Foundation for Florida’s Future. That leaves unknown the source of over $2.3 million given from 2011 to 2013 to a group formed “to make Florida’s education system a model for the nation.”