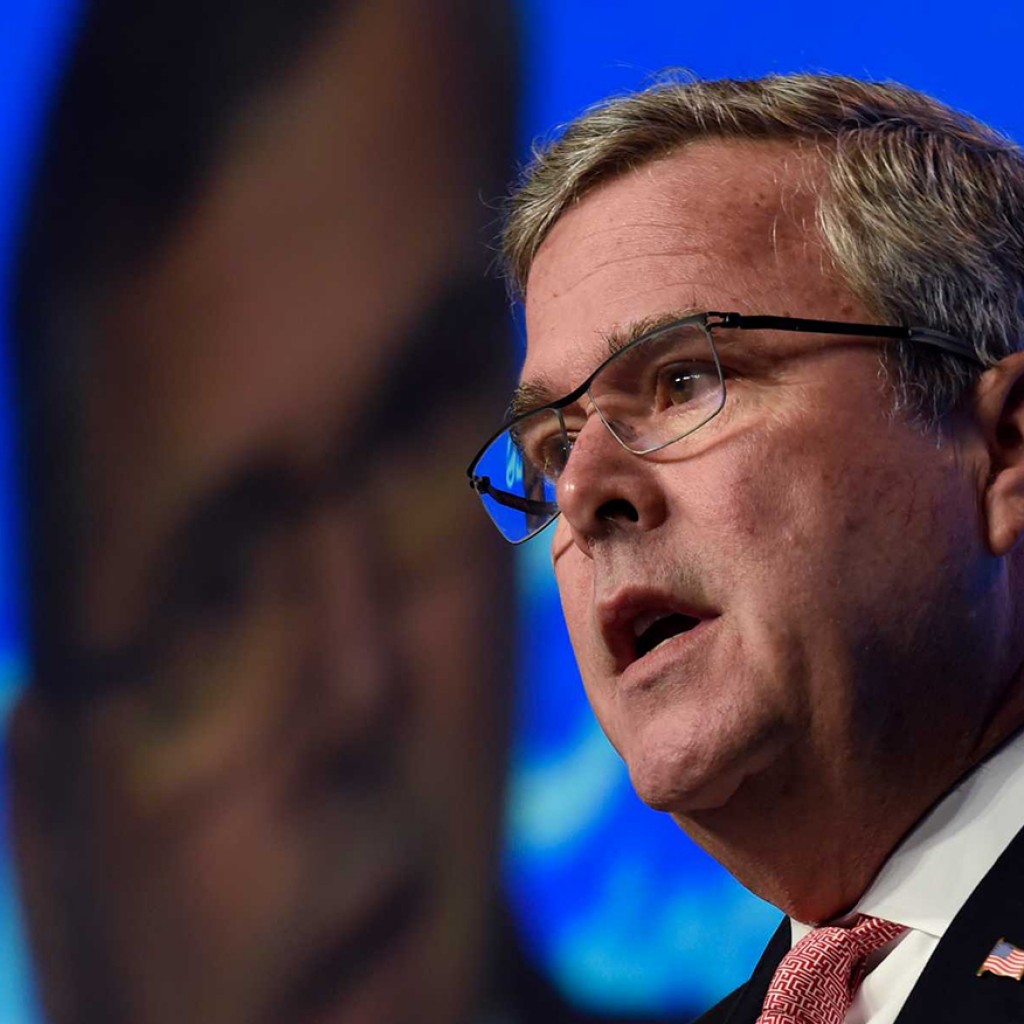 No candidate for president has benefited from so much money so early in a campaign, and the total is sure to eclipse the fundraising of each of the other 16 major competitors for the Republican nomination.

“People have been willing to take a look, and he’s overcome the people who have said, ‘Not another Bush,'” said Bill Kunkler, a Chicago construction company executive and Bush donor. “People are looking at him as a guy who did it on his own, and who stands on his own.”

The former Republican governor of Florida is taking a unique approach to a presidential bid, delegating many operations to an affiliated group that is free of limits on how much money a traditional campaign can raise from individual donors.

The affiliated group, a super PAC called Right to Rise, has been active since January. Run by a trusted Bush strategist, it said Thursday it had raised $103 million between January and the end of June.

Right to Rise is not subject to the limits placed on donors to Bush’s campaign, and he spent the past six months traveling the country to attend fundraisers for the super PAC. The suggested donation at Right to Rise events was often as much as $100,000.

The rest, $11.4 million, came to Bush’s formal campaign in the 16 days between its kickoff and the end of June. Contributions to the formal campaign are limited to checks of no more than $2,700 for the primary and general election.

That amounts to an average of about $710,000 a day, which the campaign touted as more than the $562,000 per day average raised by Democratic front-runner Hillary Rodham Clinton since she launched her campaign April 12. Clinton’s campaign haul in that time totaled $45 million.

Bush’s campaign must provide additional fundraising details, including the names of donors and how much they gave, to federal regulators by Wednesday night.

“Jeb is encouraged and grateful for the tremendous early support and enthusiasm his candidacy has generated since he launched his campaign,” New York Jets owner Woody Johnson, the Bush campaign national finance chairman, said in a prepared statement.

“We are confident our campaign will have the resources needed to get Jeb’s conservative record, message and vision for the future out to voters across the country,” he said.

Like Bush, several other GOP candidates have said ahead of that deadline how much their campaigns have raised. Among them, Texas Sen. Ted Cruz raised $14.2 million, retired neurosurgeon Ben Carson raised $10.5 million and former technology executive Carly Fiorina raised $1.4 million.

The son and brother of two presidents, Bush came to the race with a deep roster of experienced fundraisers and likely donors. With their help, he traveled the country raising money for Right to Rise after saying in December he planned to explore a campaign.

The super PAC is based in Los Angeles, where its leader, Mike Murphy, lives. It plans to handle a huge part of the costly work of running for president, including buying TV, online and radio commercials, conducting polling and even doing some organizing tasks such as voter outreach in early primary states.

By law, it can’t take direction from the campaign, and the two operations have limits on how they can communicate.

Right to Rise already is advertising on Bush’s behalf. It has spent $47,000 so far on digital media, according to documents filed this week with the Federal Election Commission. The group has also inquired with broadcast and cable stations in the early primary states about booking TV ad time.

Bush’s official campaign bank account, although notably smaller than the super PAC’s, is important because it will pay for his travel and employee salaries and give him a pot of money from which to craft messages exactly as he sees fit.