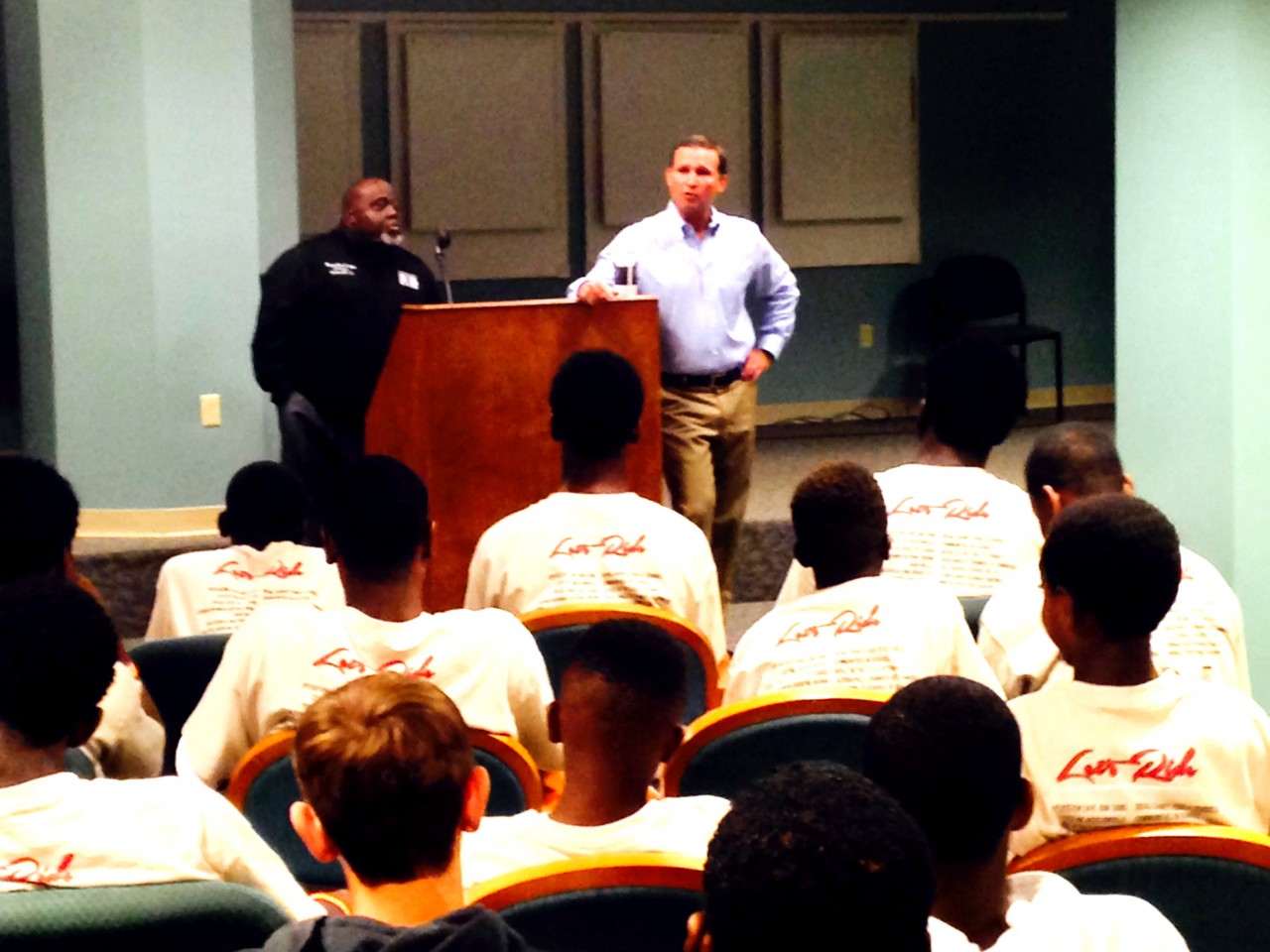 The most energizing moment of the joint inauguration of Jacksonville Mayor Lenny Curry and Sheriff Mike Williams was when Bishop John Guns delivered a stirring speech, predicated on a simple call to action, a resolution to cross barriers like party lines and neighborhood boundaries.

That call to action has been used many times since by the Curry administration, and there is movement among senior levels of the administration to work it into the branding of one of its keystone initiatives, Jacksonville Journey 2.0.

In an email earlier this week, Deputy Director of Policy Donna Barrow floated the proposal to replace the original Journey tag line, “Take a Step,” with what looks to be the phrase that Guns will be known for after his career is done.

Those on the email chain, including her immediate boss, Policy Director Robin Lumb, liked the idea.

While no final decision has been made, it seems like a logical choice, as it is short enough to fit unobtrusively on a logo, and accords with other administration branding efforts, as well as the ever-developing political symbiosis of the mayor and the preacher.