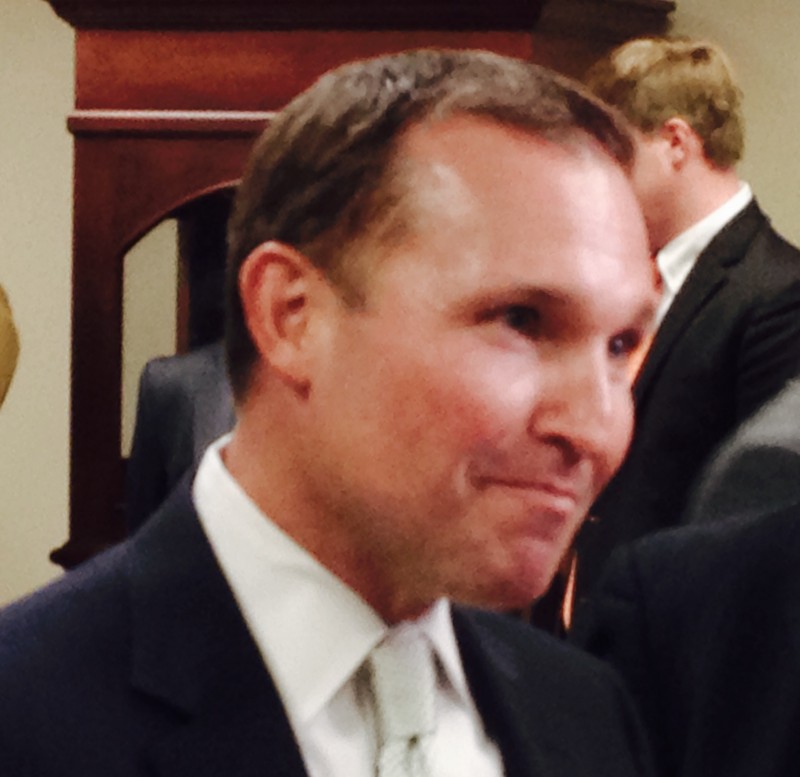 Ahead of Thursday’s surprisingly dramatic Jacksonville Planning Commission meeting, in which Commissioners Lisa King and Joey McKinnon, who have been asked to resign, in fact intend to show up and fulfill their duties, a couple of things are clear after conversations Florida Politics had with the mayor and several Council members on Thursday morning.

Jacksonville Mayor Lenny Curry is standing his ground. He stands firm despite repeated heated criticisms that his decisions to purge various boards of members who either (depending on who you ask) don’t share his vision for the city or supported different candidates in the mayoral race.

As well, Curry has at least some bipartisan support for his moves in Council.

When Florida Politics spoke with Curry, he was resolute in his position.

The “process,” said the mayor, “isn’t about any one individual.”

Curry repeated his contention that he was elected to lead and be accountable, and that voters didn’t elect him to perpetuate the status quo, but to be an agent of change.

“No one’s entitled to a board position,” Curry said bluntly.

Speculation has swirled about who is making the decisions regarding the moves. Some are saying that Curry Administration Policy Director Robin Lumb, who was Duval GOP Chair during the election, is pulling the strings.

Curry smiled when presented with this theory, calling it “nonsense,” and offering a message to his critics.

The Curry administration has maintained these decisions are ones of consensus.

And it seems that Curry has at least one supporter from the local Democratic Party on this issue, in the form of  NICE Committee Chairman, Councilman Garrett Dennis.

Describing the Mayor’s right to make decisions regarding boards as “the spoils of campaigning,” Councilman Dennis asserts that Curry “has the right to pick his team” and that he’s not “going to micromanage who the mayor selects.”

While removals are “unfortunate” for those adversely impacted, Dennis was firm in his position.

“I’m going to have to stand with the administration,” he said on Thursday morning.

Meanwhile, two Republicans who were, like Lisa King, backed by the Jax Chamber during the campaign are taking a wait and see attitude to this process.

“I know Lisa personally,” Bowman said, describing her as a “hard worker with lots of experience.”

However, Bowman also understands that “the mayor wants to be surrounded by people who support what he does.”

If this comes to a head in Council on Monday, it’s an open question whether King has the votes to support bucking the administration position on this matter. Bowman and Brosche are regarded as two of the more moderate Republicans on Council, and Dennis, as one of a half dozen Democrats, seemingly would be necessary support for King.

Clearly, the Mayor’s Suite is ready for a showdown.