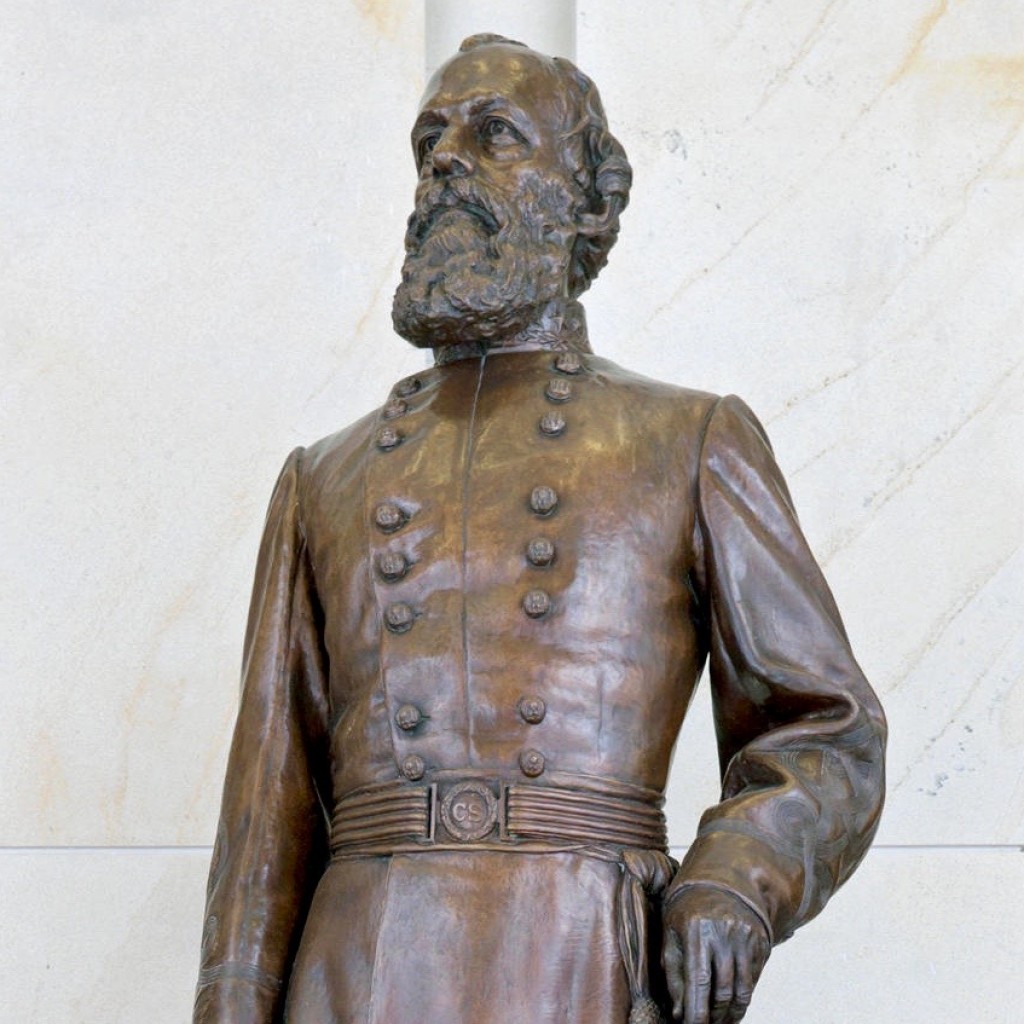 A bill aimed at removing the statue of a Confederate Army general representing Florida at the U.S. Capitol cleared its first House committee on Wednesday.

The Economic Development and Tourism subcommittee unanimously OK’d the bill (HB 141), which asks Congress to remove the statue of Gen. Edmund Kirby Smith and replace it with another “prominent Florida citizen.”

State Rep. Jose Felix Diaz, the Miami Republican sponsoring the bill, said it wasn’t his intent to “forget the Civil War,” but rather that it was time to honor more modern Floridians.

Smith’s Florida connections are also strained: He was born in St. Augustine but spent his adult life outside the state, dying at the age of 68 in Tennessee, where he taught math and botany at the University of the South in Sewanee.

Florida lawmakers have been moving to delete Confederate symbols.

The state Senate voted to remove a Confederate flag from its official seal and insignia, replacing it with the current Florida state flag.

That chamber also plans to remove a decades-old mural outside the public gallery that includes another Confederate flag and a depiction of Gen. Joseph Finnegan.

He was commander of the Confederate forces at the February 1864 Battle of Olustee in north Florida, the largest Civil War battle fought in the state.

Those decisions come a few months after a racially motivated mass murder in South Carolina sparked a reconsideration in the South about Confederate symbols, including the ubiquitous battle flag.

A gunman who killed nine black churchgoers in Charleston this June had  photographed himself holding the flag days before the shootings. South Carolina legislators later voted to remove the Confederate flag from the State House grounds.

Under Diaz’s bill, the ad hoc committee of the Great Floridians Program would recommend a new person to be commemorated in statue form.

The Florida Council on Arts and Culture would be charged with finding a sculptor and coming up with money to make a new statue and relocate the old one. Diaz said he favored returning the bronze statue to Florida.

Other states have traded out statues.

On Wednesday, state Rep. Ray Pilon, a Sarasota Republican, asked Diaz why the state shouldn’t change both its statues.

“Were it not for John Gorrie, I would not be living in Miami-Dade County, I can tell you,” Diaz said, smiling.

The bill next is scheduled to be heard by the Government Operations Appropriations subcommittee. A Senate version has yet to be heard.