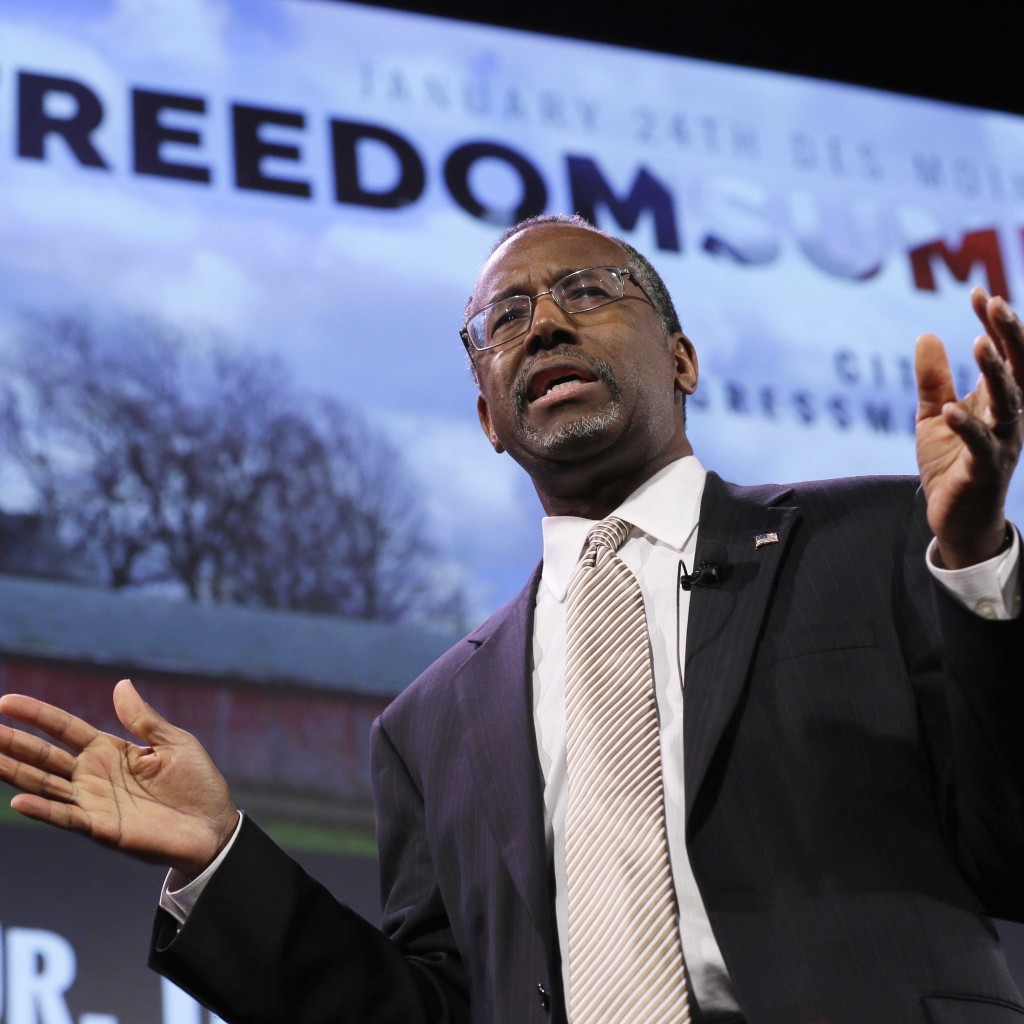 GOP presidential hopeful Ben Carson says it’s time to move on from questions about the accuracy of his life story. But Tuesday’s GOP debate makes that unlikely.

The retired neurosurgeon said Sunday that questions about discrepancies in his autobiography are distractions from “much more important” matters facing the country and that he’d discuss any “real” scandal uncovered about his past. He strongly disputed any dishonesty or wrongdoing.

“Every single day, every other day or every week, you know, they’re going to come out with, ‘Well, you said this when you were 13,’ ” Carson said on CBS’ “Face the Nation” Sunday.

“The whole point is to distract the populace, to distract me,” he added. “If you’ve got a real scandal, if you’ve got something that’s really important, let’s talk about that.”

Moving on, at least in the short term, is unlikely. The accuracy of Carson’s autobiography has dominated his campaign in the past few days, and more questions are likely during the GOP presidential debate on Tuesday. The scrutiny reflects Carson’s transformation from political outsider to the top of the polls in the unsettled nomination fight, second only to billionaire developer Donald Trump. And in early-voting Iowa, some polls show Carson leading.

On several news shows, he mentioned examples from Carson’s autobiography, “Gifted Hands,” about Carson’s bad temper when he was young. Carson claimed that he tried to hit his mother with a hammer and unsuccessfully tried to stab someone. Several times, Trump quoted Carson as describing his younger self as having a “pathological” temper — and then demurred on his own opinion of Carson’s character and veracity.

Carson insists no other candidate has received the level of scrutiny that he has. Asked on NBC’s “Meet the Press” whether he is being scrutinized more than President Barack Obama and former President Bill Clinton, Carson replied: “Not like this. Not even close.”

Scrutiny of one’s past is par for any major candidate for president. Obama’s citizenship was questioned, including by Trump, and the president later released a birth certificate showing he was born in Hawaii. Clinton’s marital dalliances were probed during the 1992 campaign. The Miami Herald staked out then-Sen. Gary Hart’s townhouse in 1987 and caught him in an extramarital affair. Hillary Rodham Clinton, the front-runner for the Democratic presidential nomination, last month testified about the private email server she kept at her house and used for government business while she was secretary of state.

Carson is a newcomer to presidential politics, so much about his life, career and published works are being raked over for the first time, and his longtime status as an American success story is being examined. Carson strongly disputed that there was any dishonesty intended.

Gone Sunday was the anger he showed during a news conference on Friday, when the usually even-tempered Carson demanded that reporters explain why, in his opinion, Obama had not been subjected to the same level of scrutiny. “My job is to call you out when you’re unfair, and I’m going to continue to do that,” he said.

“Gifted Hands” is central to much of the scrutiny. It tells the story of Carson’s rise from a childhood in inner-city Detroit to director of pediatric neurosurgery at Johns Hopkins Hospital in Baltimore.

In it, he tells of trying to stab a close friend when he was a teenager. CNN reported it could not find friends or confidants to corroborate that story.

Politico published a piece examining Carson’s claim of receiving a scholarship offer to attend the U.S. Military Academy at West Point. The Wall Street Journal said it could not confirm Carson’s anecdotes from his high school and college years. The academy does not offer scholarships, instead extending all expenses paid to students it admits. Carson never applied for admission.

Last month, police in Baltimore said they didn’t have enough information to verify Carson’s account of being held at gunpoint at a fast-food restaurant there more than 30 years ago.

In a GOP debate last month, Carson said it was “absolutely absurd” to say he had a formal relationship with the medical supplement company Mannatech. He is featured in the firm’s videos, including one from last year in which he credits its supplements with helping people restore a healthy diet.