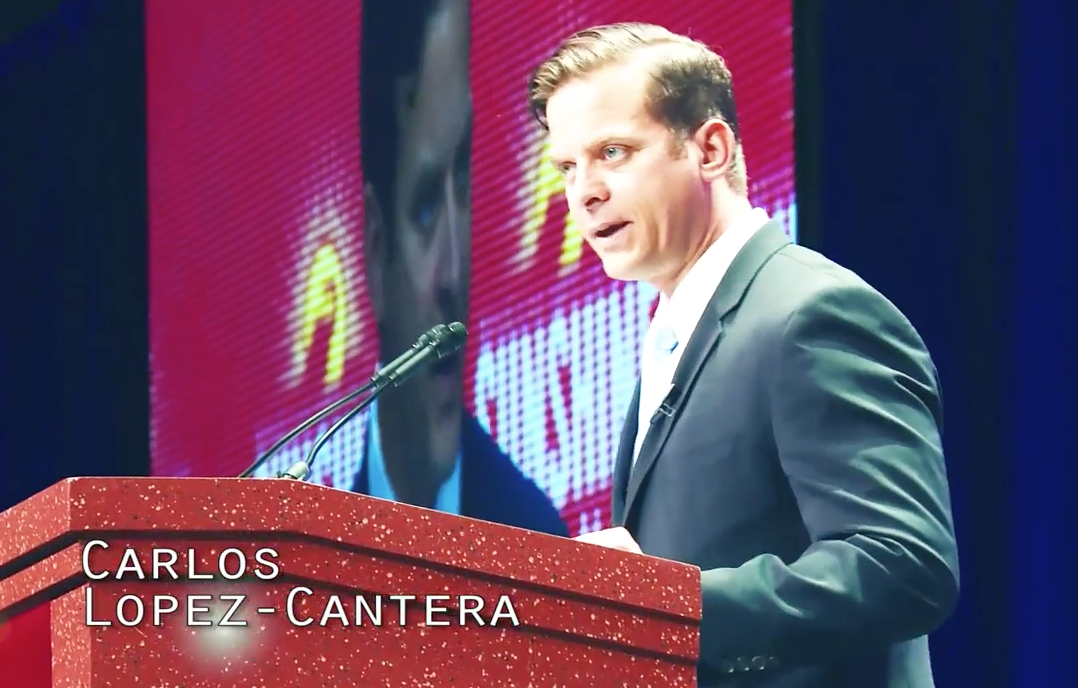 On the campaign trail, Carlos Lopez-Cantera has been hammering home the difference between himself and the other Republicans in the GOP senate primary race by claiming that he is a Florida Republican, not from Washington, D.C.

CLC makes that same point again in a new video that his campaign is pushing out on social media Monday.

“And it’s time as Republicans we look in the mirror, and face the hard facts,” Lopez-Cantera says from a speech given at the Sunshine Summit in Orlando this month. “Too many Republican leaders have broken their promises to uphold our conservative values. You know, too many get to Washington, and they never leave. They start representing Washington, and forget that it’s their job to represent us.”

The entire two-minute plus video includes other shots from the Sunshine Summit.

Two of Lopez-Cantera’s opponents in the Senate race are D.C.-based politicians: U.S. Reps. Ron DeSantis and David Jolly (The fourth candidate in the race is former veteran and CIA contractor Todd Wilcox, who has never held elected office).