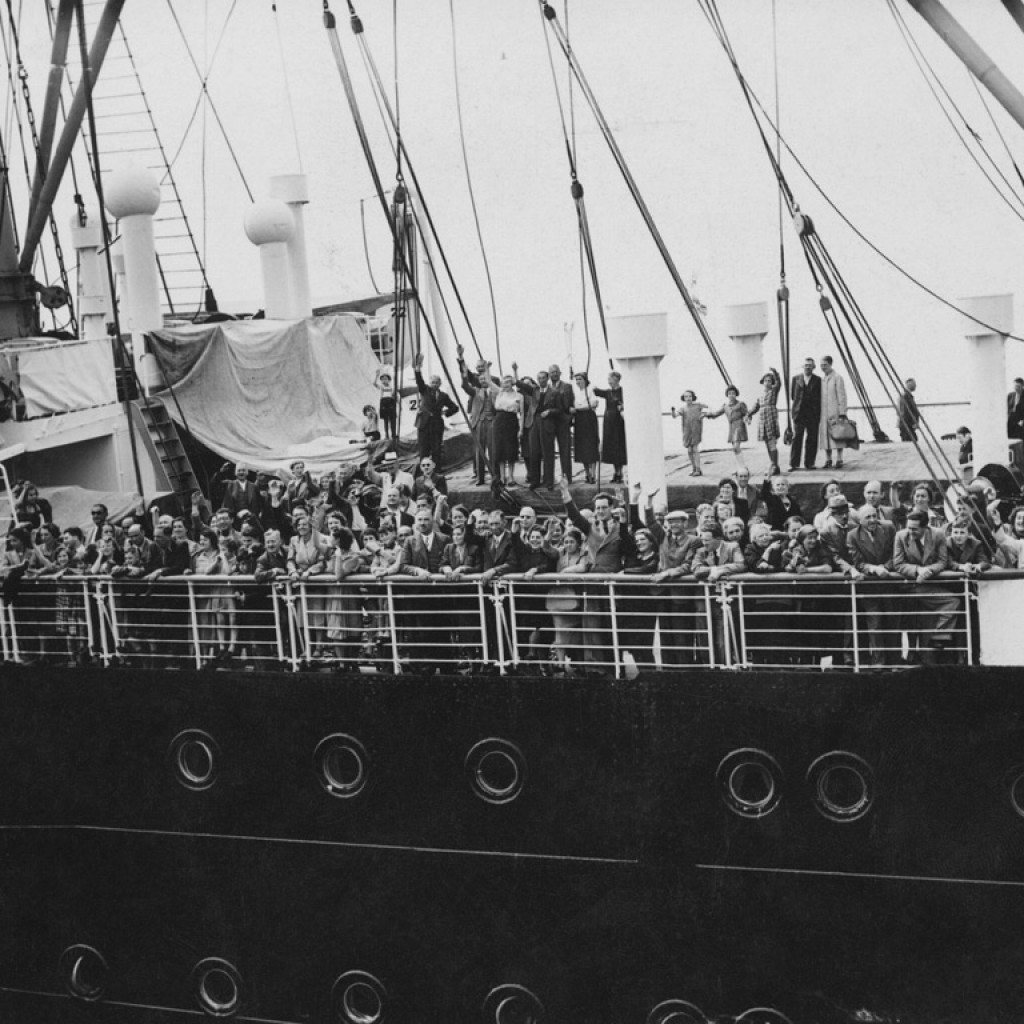 The letters, mailed from Vienna in the summer of 1938, spoke of enthusiasm and hopefulness at the prospect of coming to the United States. Nothing revealed the reason except for the stationery that had been hand-altered to show a new address. It was a few months after Hitler had taken over and life was becoming as difficult for Jews in Austria as in Germany.

The letters had been sent to relatives in Brooklyn and were in my mother’s papers when she died nearly a half century later. I had them translated from the German.

Dr. Jakob Neuer, a lawyer, assured his kin that if they sponsored them, he, his wife and their 13-year-old son, Richard, would not need charity in the United States.

“We Neuers want to work,” he wrote.

There was one problem. Although he was considered German and qualified for an early visa, his wife was classified Polish. For her, there was a three-year waiting list. The quota had been established in large part to keep Jews out.

The Neuers did not have three years. They made it only as far as France, where safety was short-lived. Jakob and his brother, sister-in-law and nephew died in Auschwitz. Richard helped his mother escape to Switzerland and spent the war living by his wits in southern France.

In a novel he wrote in French years later, he described an American consul in Vichy France as ever so courteous, always smiling, always saying maybe later. In fact, maybe later meant never to the anti-Semites at the State Department.

In 1939, about 900 Jews boarded the steamship SS St. Louis at Hamburg, bound for Cuba, expecting eventually to reach the United States. But the Cubans reneged on the visas they had sold them. They turned the ship away. So did the United States. When it reached Miami, the Coast Guard patrolled the harbor to make sure no one swam for shore. President Franklin Roosevelt ignored their appeals.

Although he was a German, ship captain Gustav Schroder refused to take his despairing passengers back to Hamburg. He docked at Antwerp, where Great Britain, France and other western European nations agreed to accept the refugees. By the end of the ensuing war, the Nazis had murdered 250 of them.

Polls from that period showed the American public strongly opposed to admitting Jewish refugees, even when the proposal was to take only 10,000 children. It was left to the British to do that.

All this comes to mind, with stomach-wrenching disgust, with the news of Jeb Bush and other politicians calling for discrimination against Muslims in admitting Syrian refugees to the United States.

Then, the pretext was that the Jews might include German spies. Never mind that the U.S. abounded with native-born, German-speaking Nazi sympathizers.

Now, the pretext is that there might be terrorists among the Syrian refugees. Never mind that it was a fake Syrian passport found with one of the Paris terrorists or that they were all European citizens, not refugees.

And never mind the eternal shame for closing our borders to Hitler’s intended victims.

Unlike Ted Cruz, Donald Trump, and Chris Christie – who give new meanings to the word “vile” – Bush attempted to clarify his initial statement calling for preference to Syrian Christians. He said he supports welcoming women, children and orphans of any religion. But what about Muslim men? Does Bush mean to keep them out and let only their wives and children in? How does that comport with family values?

But at least he’s a shade better than Christie, who said he would not permit even “a 3-year-old orphan” into his state.

Any form of religious discrimination is an insult to the American flag. No one who stands for that sort of vetting deserves to sit on a soil and water conservation board, let alone in the Oval Office.

Mea culpa. I wrote earlier this month that Bush, unlike the candidates atop the Republican popularity polls, would be a “credible successor to the Oval Office.” Now, he is explaining yet another rash statement and is also calling for sending U.S. troops into Syria. Has he learned nothing, nothing from his brother’s ghastly blunder?

It must be in the genes.

President Obama called this one right.

“When I hear folks say that, well, maybe we should just admit the Christians but not the Muslims, when I hear political leaders suggesting that there would be a religious test for which a person who’s fleeing from a war-torn country is admitted, when some of those folks themselves come from families who benefited from protection when they were fleeing political persecution, that’s shameful. That’s not American. That’s not who we are. We don’t have religious tests to our compassion.”

But it appears that some of us do, including a few who fancy themselves fit to be president. Either they are cowards, catering to the undisguised bigotry and frothing xenophobia that represents a sizable segment of Republican voters, or they are simply bigots themselves.

None deserve any decent citizen’s vote.

nextTom O’Hara: We must invite the president to next year’s Fort Lauderdale Boat Show