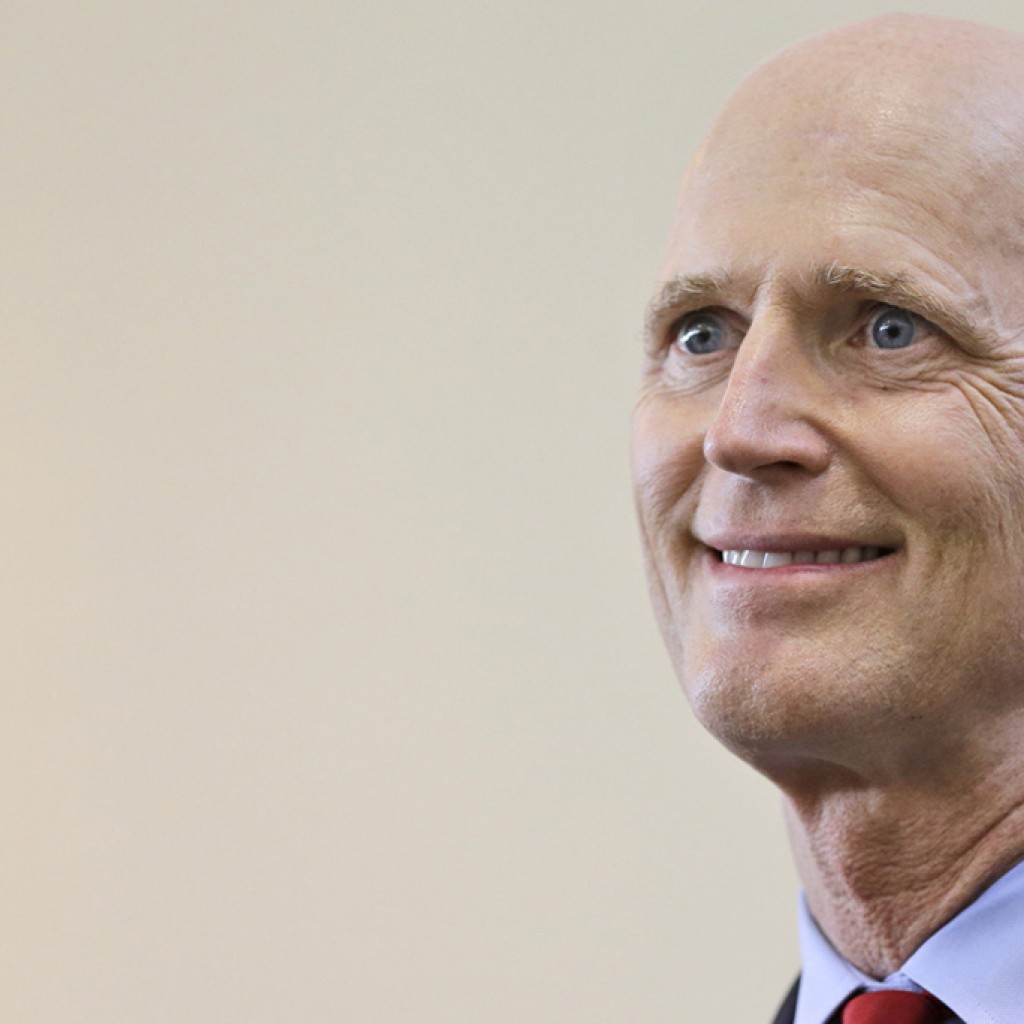 The governor of Florida has permanently foreclosed the possibility that people will ever take him as anything other than a fool.

Here are the facts: Gov. Rick Scott says it would be dangerous for Florida to accept 425 (though that is, in fact, unknown but Scott clings to it) Syrian refugees because of the recent attacks in Paris by jihadists (though these jihadists are European nationals).

A few days ago, he wrote a letter  to both U.S. Speaker Paul Ryan and U.S. Senate Majority Leader Mitch McConnell asking them to impose restrictions on federal funding in order to relieve governors of the responsibility of providing a safe haven for politically oppressed refugees.

That 120 people were killed in a horrific act of violence and savagery is an evil without warrant. That human nature is base and evil men want a world of fear and oppression are not exceptional facts.

We have known it since 9/11. Well, longer: the 20th century gave us among the most profound examples to reflect upon regarding the nature of evil.

Then presidential aspirant Jeb Bush said in a Republican debate that the security infrastructure of post-9/11 instituted by his brother, Bush 43, has “kept this country safe.”

Scott seems to be implying that’s a mirage. That there are grave problems within the American security bureaucracy, created by the Patriot Act, is perhaps a debate worth having.

Rice said at the U.S.-Japan Conference, in response to 28 governors refusing to take in Syrian refugees: “What the United States has done is to be open to people who are fleeing tyranny, who are fleeing danger, but we have done it in a very careful way that has worked for us.”

Scott’s kind of xenophobia is not unusual.

According to a Washington Post article,  during World War II when thousands of Jews were evacuating from fascist Germany as political refugees, the national mood in the United States was similarly resistant.

At the time, 67 percent of polled Americans thought German Jews should not be allowed to emigrate here. That they posed a threat. That congenital bigotry foisted itself upon Jews because of their ethnicity. So history repeats itself.

In a Bloomberg poll, 53 percent of Americans think Syrian refugees should not be admitted.

Eleven percent believe that the resettlement program should only admit Christian, not Muslim refugees. Which is impractical and unfair. Fundamentally, it is un-American.

Several presidential candidates mirror this uncharitable public attitude: Jeb Bush and Ted Cruz. At least, no one is yet proposing internment as Roanoke, Virginia, Mayor David Bowers has.

It’s an awful spectacle. And it shows Scott to be as tone-deaf as ever. And that fact eludes.

To get Scott to understand that, though, would take a massive re-education effort.

The moment is too great, the urgency too apparent, and his mind too inclined toward anti-factual platitudes of safety, fear-mongering, hate-mongering, and really, just plain stupidity.