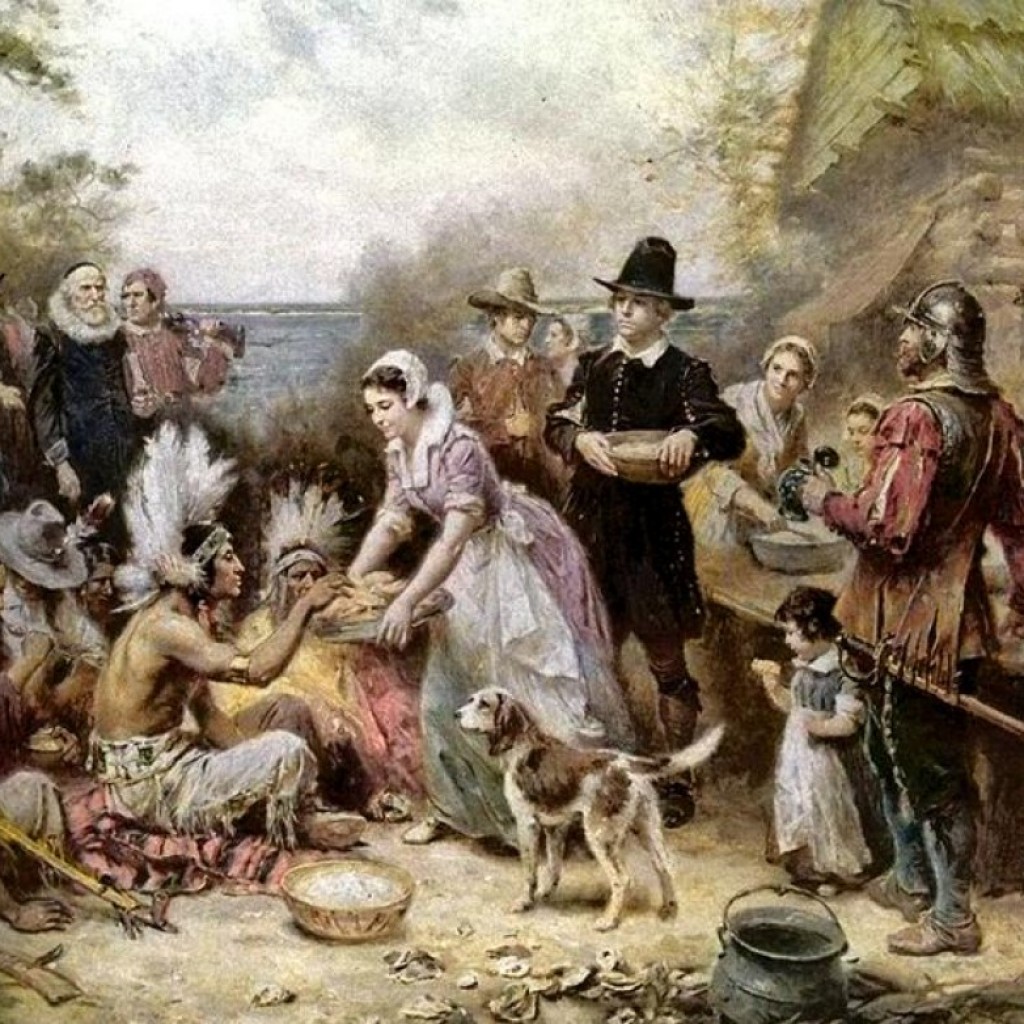 It’s America’s holiday season, when we’re supposed to give thanks for our blessings, when we gather around tables laden with festive food, commemorating a bedraggled boatload of refugees who just showed up one day on our shores, needing a decent meal and a safe place to crash.

The Wampanoag welcomed those undocumented immigrants back in 1621, feeding the English colonists, teaching them to fish and grow corn.

Donald Trump, Marco Rubio, Ted Cruz and Rick Scott take a radically different view. They want to slam the door on everybody, especially Syrians fleeing the horrors of ISIS.

Looks like some people didn’t pay attention the day they studied Thanksgiving in the 3rd grade.

Trump, currently orbiting Planet Fantasy on the Crazy Rocket, insists he saw “thousands and thousands” of Muslims celebrating the fall of the Twin Towers in 2001 – though no one else saw any such thing, what with the fact that it never happened – suggesting a “registry” of Muslims, and assuring his mouth-breathing followers that any Syrians who manage to make it into the U.S. will be kicked out as soon as he moves into the White House.

What we should do, according to Cruz, is just let in Christians. Who never lie. Besides, according to him, “There is no meaningful risk of Christians committing acts of terror.”

Yeah, Anders Brevik, the IRA, the UDA, Timothy McVeigh, and Dylann Roof were what, Buddhists?

Florida’s own over-paid, under-worked “professor”  and part-time Senator Marcocito, told Fox “News” Sunday that the Paris attacks were a “positive development” – in that people are now “focused on” terrorism.

What he really means is that his campaign benefits from the Us versus Them dynamic of Virtuous (Christian) America against Islamic Radicalism. Syrians are Muslims and so, as Rubio’s first TV ad says, “What happened in Paris could happen here.”

Never mind that it’s yet to be proved than any of the terrorists who attacked Paris were actual Syrian refugees, never mind that Abdelhamid Abaaoud, the ringleader, was Belgian.

Belgian. You may know that Belgium is in Europe. More than 4 million Europeans visit Florida every year.

Which brings me, regrettably, to Rick Scott. He has joined the unlovely chorus of nativist chuckleheads demanding that brown people, one of whom might be a Bad Egg, sporting a DIY bomb or a gun, intent on doing us harm, be barred from the United States.

That would be the United States in which from 2001 to 2013, 406,496 people died as a result of guns. Not terrorists with guns, either. Regular Americans with a shooting iron.

But Scott, whose every waking move is calculated to further his run for U.S. Senate in 2018, said he’d refuse to allow Syrians into Florida.

He can’t, of course: Florida is part of the United States and subject to its laws. The ACLU is currently suing Mike Pence, the governor of Indiana, for barring Syrians, a violation of the 14th Amendment and the Civil Rights Act.

Right now, people with passports from most European nations, Australia, New Zealand, Chile, Latvia, Japan, South Korea and a couple of dozen others, don’t have to undergo big background checks to travel to the U.S. – nothing like the 18 to 24 months that, say, Syrians are subjected to.

We know there are terrorists with Visa Waiver countries passports – even if we don’t know exactly who they are. The only way to guarantee Floridians absolute safety from them is to subject everyone to a lengthy forensic investigation.

If Scott’s serious about protecting Florida from foreign terrorists who might sneak into Orlando to blow up Disney, he should really be demanding an end to the Visa Waiver Program – see Belgium, above.

That would only cost the Florida economy about $15 billion a year.

And it would only cost America its soul. No doubt the Wampanoag quickly regretted their hospitality, what with the Pilgrims’ weird, angry religion and their unpleasant habit of stealing other people’s land.

They should have vetted those Mayflower passengers much more thoroughly.

Diane Roberts teaches at Florida State University. Her latest book is “Tribal: College Football and the Secret Heart of America.”

previousChris Timmons: Remember, above all, your gratitude