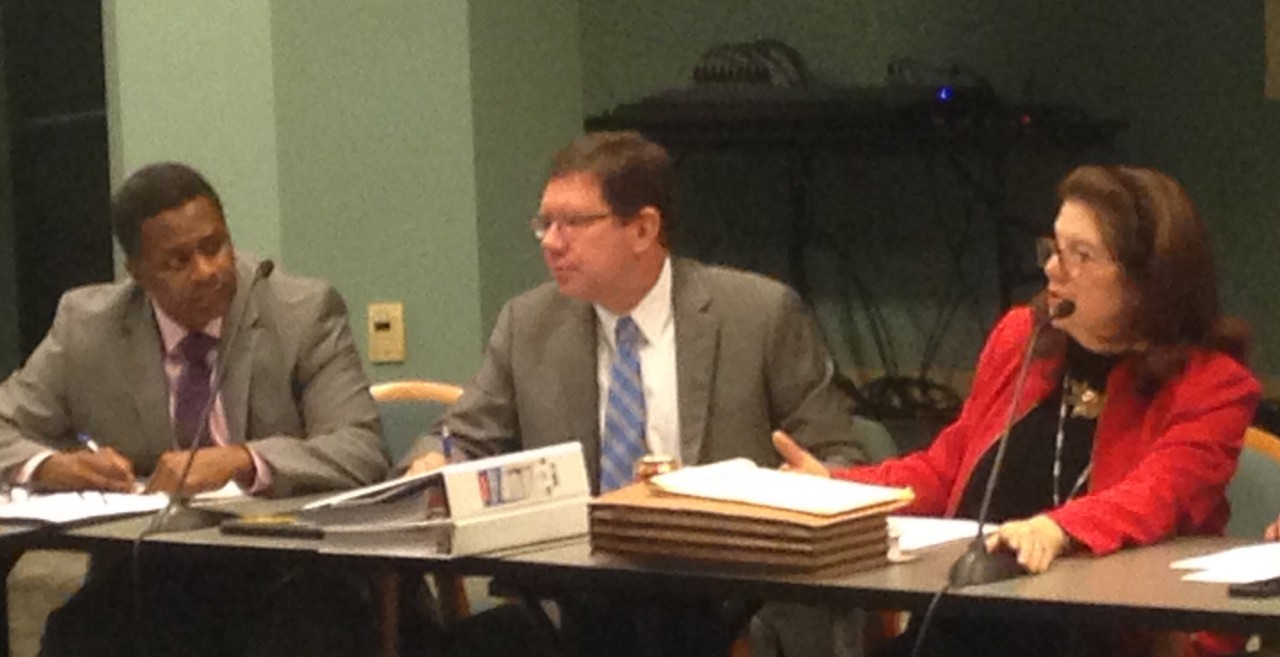 Tuesday’s JEA Agreement meeting, the final one before the Jacksonville public utility’s trip to New York for pivotal meetings with bond-rating agencies, was not expected to have drama.

One pragmatic reason for such an expectation: Bond agencies might not look favorably on the kind of morality play theater that has become a staple of JEA coverage in recent months.

Still, big topics, including the JEA contribution formula, were on the agenda.

JEA CEO Paul McElroy mentioned that while there are “many agreements” with the Council committee’s proposal, some “refinements” would be necessary.

McElroy sought to “fix that floor” at $114 million with a 1 percent annual increase, with regard to the “five-year horizon” of anticipated “higher costs and lower revenue,” with a review after the five-year period to take into account potential market fluctuations.

Based on millage, the payments could be higher, McElroy added.

The agreement would thus be capped in September 2021.

If homeowners supply their own power, it will, he said, result in a loss of revenue.

An alternate approach: JEA ramping up its own solar capabilities.

A price increase is, he added, not out of the realm of possibility.

McElroy was asked about the potential of improving efficiency to effect cost savings, and he allowed that outside assistance may help to “accelerate that process of cost reduction.”

That will be brought to the JEA Board for consideration in the first quarter of 2016.

Sam Mousa, speaking on behalf of the executive branch, said that this was a road to a “potential compromise.”

The conversation pivoted back to solar energy. McElroy noted that, given Florida’s low cost of energy, it is difficult to make the economic case for solar; however, he noted that JEA wanted to be “agnostic” regarding that option.

Long term, as in the next decade, “cost pressure” will be exerted on “central systems” and fossil fuels, which he said may drive a “tipping point” in about five years.

Nitrogen credits were also discussed, with JEA espousing a willingness to extend that out date to 2023. JEA expects to be able to reduce its nitrogen discharge by 60 to 65 percent between now and then, with an eye toward eventually zeroing it out.

“The very positive and constructive thing here,” said McElroy, “in terms of this next investment … is to create more potable water … with the byproduct of nitrogen reduction.”

Also discussed: JEA conveying $15 million, as soon as the agreement is effective in October, 2016, for sewer line construction. The city would match that money over the course of five years.

McElroy said the $15 million was essential to start projects; estimates are that $300 million of work might be necessary.

McElroy also urged that legislation, like Sarasota’s, be codified to require using city sewer, instead of septic tanks, when and where they are available. Voluntary hooking up to city sewer is inconsistent. 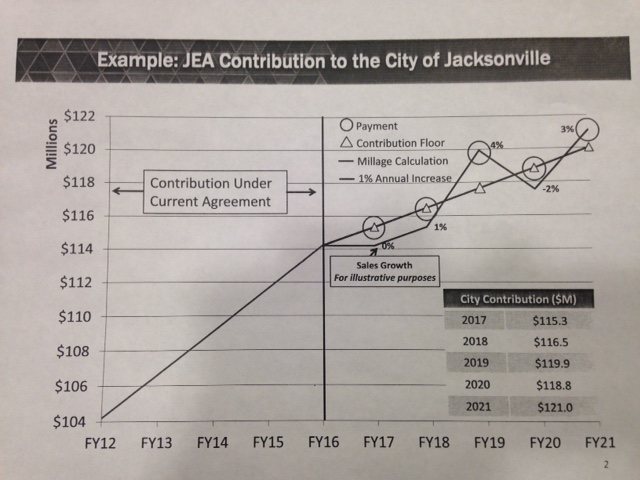 Committee member Bill Gulliford looks to resolve these nonconnection issues after the first of the year.

Another talking point: the gap between the rates charged to the city, and to other customers.

General Counsel Jason Gabriel spoke at the end of the meeting, always a treat.

The subject: the appropriate legislative body for collective bargaining agreements.

“Up until 2012, it was always the City Council” that was the acceptable collective bargaining body,” said Gabriel, who asserted that it’s also in the Charter, and that his take is buttressed by case law.

Citing a case from Pasco County involving the Sheriff’s Office, which declared itself a “legislative body” for collective bargaining purposes, Gabriel noted that the court disagreed.

In Jacksonville, “City Council appropriates; JEA allocates,” added Gabriel, taking issue with his predecessor, Cindy Laquidara, saying that the JEA Board was the appropriate body in 2012.

Gabriel cited the “unique power” of Council to change the Charter via a supermajority.

“The appropriative power” belongs to City Council, and that is Gabriel’s opinion regarding the “current state of the charter.”